COVID-19 is continuing to subside throughout the world with cases in the past week down to slightly above 1 million a day and deaths under 3,400 though a few hotspots remain, including South Korea with more than 1.5 million in the past week. 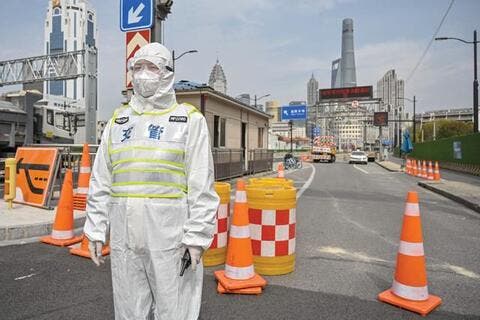 Covid-19 Comes Back With Vengeance in Shanghai

Data are trending down despite subvarianrs of Omicron.

COVID-19 worldwide down to around million cases, 3,500 deaths per day - https://t.co/JGOiUONk4E pic.twitter.com/7zRAv29Cky

Infections and fatalities decreased on every continent except cases in North America, with rises in the United States and Mexico, and deaths in Oceania, spurred by Australia and slightly by New Zealand.

More than two years after COVID-19 was declared a pandemic, concerns about getting the virus are way down.

But last week Dr. Anthony Fauci predicted there will likely be a rise in COVID-19 cases in the coming weeks and a potential surge earlier in the fall.

"I would think that we should expect that we are going to see some increase in cases as you get to the colder weather in the fall," Fauci, the director of the National Institute of Allergy and Infectious Diseases, told Bloomberg TV. "That's the reason why the [Food and Drug Administration] and their advisory committee are meeting right now to plan a strategy, and we at the [National Institutes of Health] are doing studies now to determine what the best boost would be."

The BA.2 variant, which has an increased level of transmissibility compared to the original Omicron strain, has become the dominant variant in the U.S.

Omicron first was reported in South Africa on Nov. 25.

In all, more than 11.4 billion COVID-19 vaccine doses have been administered worldwide, an increase of 100 million in two weeks with the world's population of 7.9 billion, according to Bloomberg tracking.

Broken down by world regions, the United States and Canada have administered at least one dose to 78% of the population, tied with Latin America and Asia-Pacific, Europe at 68%, Middle East 55% and Africa at 20%, according to The New York Times tracking.

Deaths rose 329 Sunday with the record 429 on March 24 and fatalities were always under 100 through late December.

Despite the outbreak, starting last week South Korea raised the cap on social gatherings from eight to 10 people and moved the curfew on restaurants and other indoor spaces to midnight.

And this week, health authorities plan to announce a new "post-omicron scheme," including allowing people to go mask-free outside.

At the other extreme in Asia, India's cases and death are near pandemic lows.

Starting Sunday, India will offer booster doses of COVID-19 vaccine to all adult.

Shanghai's entire 25 million residents went into a lockdown as the city has struggled to contain the Omicron variant of COVID-19. Parts of the city were locked down on March 28. People are banned from leaving the community, holding gatherings and quarantine restrictions are in place.

This has led to food shortages in the nation's commercial capital.

"The tidal wave has yet to peak, and worries are that the citywide lockdown will last for another few weeks, which may cripple the local economy," said Wang Feng, chairman of Shanghai-based financial service group Ye Lang Capital, told the South China Morning Post. "The business community is keeping a close eye on how the government will lift the lockdown."

"According to Dr. Joss Reimer, the study looked at the 185 million documented COVID-19 cases worldwide and found neurological symptoms – including persistent cognitive impairment -- in one in four people." https://t.co/xMTgcB05uL

Russia is lagging the world in vaccinations with 54.8% of its population with at least one dose of a domestic-produced vaccine, including Sputnik 5.

Two other Eastern European nations have low vaccination rates: Ukraine at 38% and Romania at 42.2%. Poland's rate is 59.8% and Czech Republic's is 65%.

In Germany, the parliament Thursday rejected a draft bill that would have made coronavirus vaccination compulsory from the age of 60. Chancellor Olaf Scholz had favored the move.

"If no one had been vaccinated, we would now have a flawless catastrophe and would be in a complete lockdown - that must be understood," Health Minister Karl Lauterbach said during the debate before the vote.

In England, hospital admissions of 20.5 per 100,000 people are the highest point since January 2021, the fifth week in a row of increase.

A new variant called XE, which is a combination of two versions of Omicron, has emerged in Britain, was first identified in early January and has infected 600 people.

"There's still a lot we don't know about XE," Dr. William Schaffner, an infectious disease specialist at the Vanderbilt University School of Medicine in Nashville, Tenn., told USA Today. "XE could surprise us, so we have to wait to see how severe it will be."

And Spain will end it face mask requirement on April 20.

The United States and Mexico are in the top 10 for most deaths. More cases were reported in those nations as well as Canada than in the past week.

The BA.2 Omicron variant accounts for 72% of the new cases in the United States.

Canada has the best one-shot vaccination rate of the three largest countries in North America at 85.4%. The United States is at 76.4% for one shot. Mexico's percentage is 67%.

Starting Friday, cruise ships were allowed to make stops for the first time since early in the pandemic.

Holland America Line's Koningsdam ship was the first ship to dock in Victoria, Canada, on Saturday with a departure from Vancouver on Sunday.

Cruises through Canada are primarily during the summer season.

Cruising returned to Mexico in January and the United States last June.

On April 1, the U.S. Centers for Disease Control and Prevntion ended a policy that limited asylum at the U.S.-Mexico border to prevent the spread of COVID-19.

Peru has the world's highest death rate at 6,289 per million people and 33 reported Saturday.

On April 1, Brazil ended its test requirement for vaccinated passengers.

COVID-19 was largely contained in Oceania until the Omicron variant.

In New Zealand, cases declined 21% with the nation of 5 million people reporting only a few hundred cases a day before the Omicron variant, including a record 216 at the time on Nov. 24. On Sunday, New Zealand reported 6,756 cases, the lowest since late February, for a total of 767,295 with the record 24,106 March 2.

The nation is on a traffic light system. The entire country is in Red, but on March 25 the system was changed to targeting restrictions "at those activities that reduce transmission the most." Outdoor gathering limits have been eliminated with masks not required there and vaccine passes no longer needed at vents.

Australia, which no longer is in lockdown, has vaccinated 86.4% of its population with at least one dose.

Though the Omicron variant emerged in Africa, the continent's situation has stabilized.

The World Health Organization said up to 65% of people in Africa have been infected with the coronavirus with the number of actual cases 97 times more than those reported. With a popualation of 1.216 biillion, the continent's percentage of reported cases is 9.6%.

The Unirted Nations agency reviewed 151 studies in Africa based on blood samples from people between January 2020 and December 2021.

"This undercounting is occurring worldwide and it's no surprise that the numbers are particularly large in Africa where there are so many cases with no symptoms," WHO's Africa director Matshidiso Moeti said in a statement Thursday. 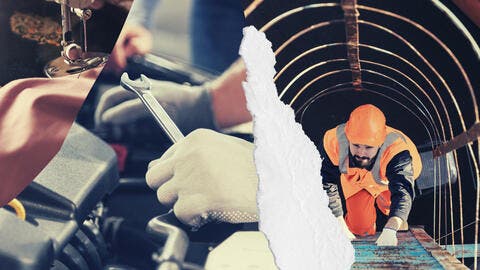 How the Jordanian Government Failed Employees During the Pandemic Crisis?

South Africa's vaccination rate is only 36.4%.