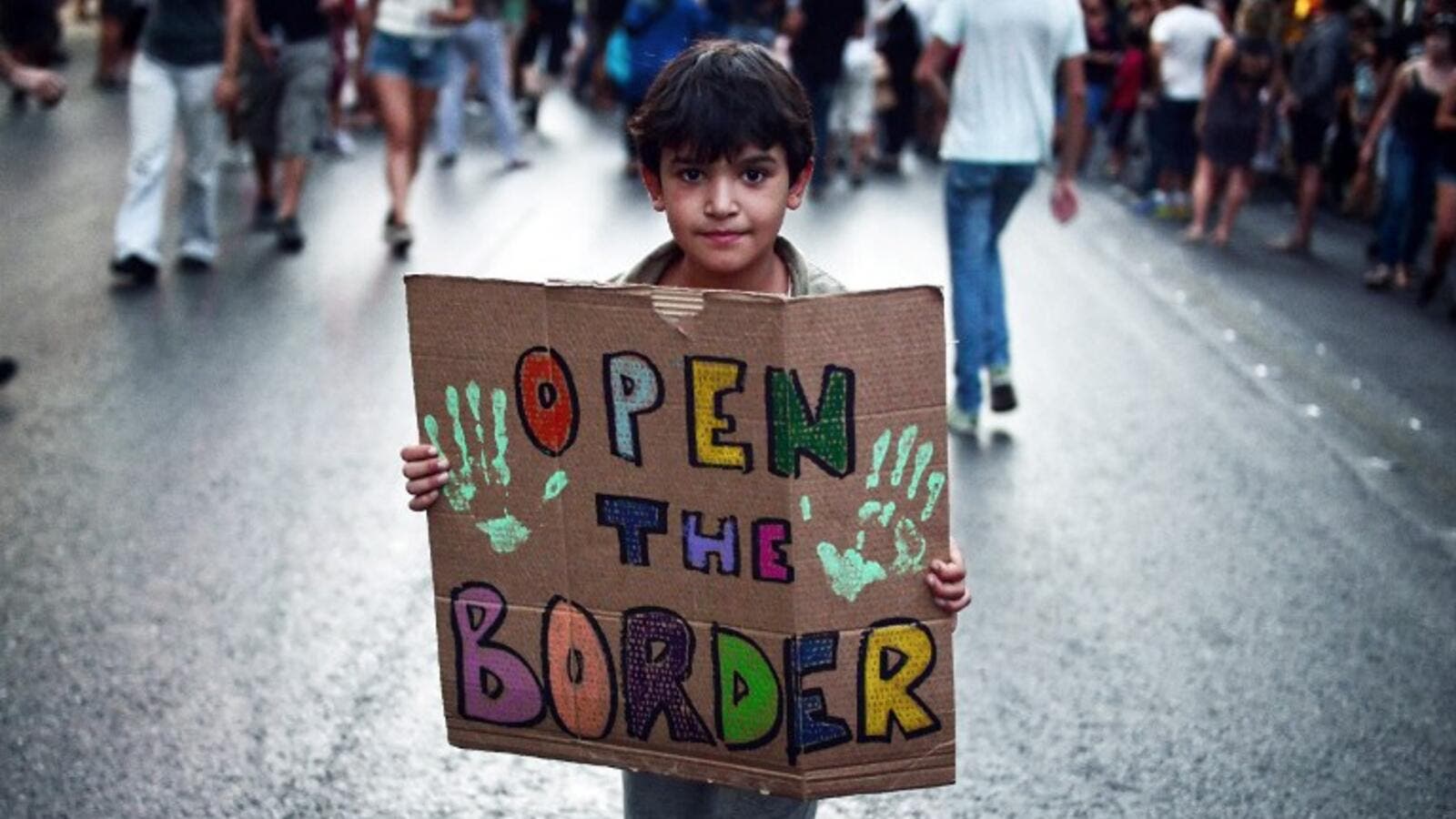 A child holds a placard reading "Open the border" during a demonstration in support to refugees and migrants in front of Athens municipality building, in Athens, on August 29, 2016. (AFP/Louisa Gouliamaki)

The Danish government is seeking a statutory power to reject asylum-seekers at the border, the latest coming from European countries once boasting about their hospitality toward refugees.

Denmark’s Ministry for Immigration, Integration and Housing said Tuesday that it has proposed adoption of the law to prevent a recurrence of the refugee crisis in September last year.

The ministry said the proposal is part of the government's political and economic plan for the next nine years intended to spark growth, create jobs and trim welfare provisions.

"The Dublin cooperation is working today and the pressure is off. But the situation can change," the ministry wrote.

If adopted, the law would be the latest in a string of government measures in European countries aimed at curbing the flow of refugees into their countries. Norway, Denmark’s neighbor, adopted a similar statutory power last June to stop refugees at the borders.

Last year, Denmark implemented a controversial law, known as the "jewelry bill," which allowed the police to confiscate refugees' valuables to pay for their future expenditures in the country. The law sparked international criticism, with many branding it as an affront to the dignity of refugees.

The tough way of dealing with refugees in some European countries runs against official statements made earlier last year when an unprecedented flow of refugees began to hit European borders. Governments said at the time that they welcome the refugees and would do their best to alleviate their sufferings. More than a million arrived in Europe in 2015, most of them fleeing the war and poverty in countries like Syria, Iraq and Afghanistan.