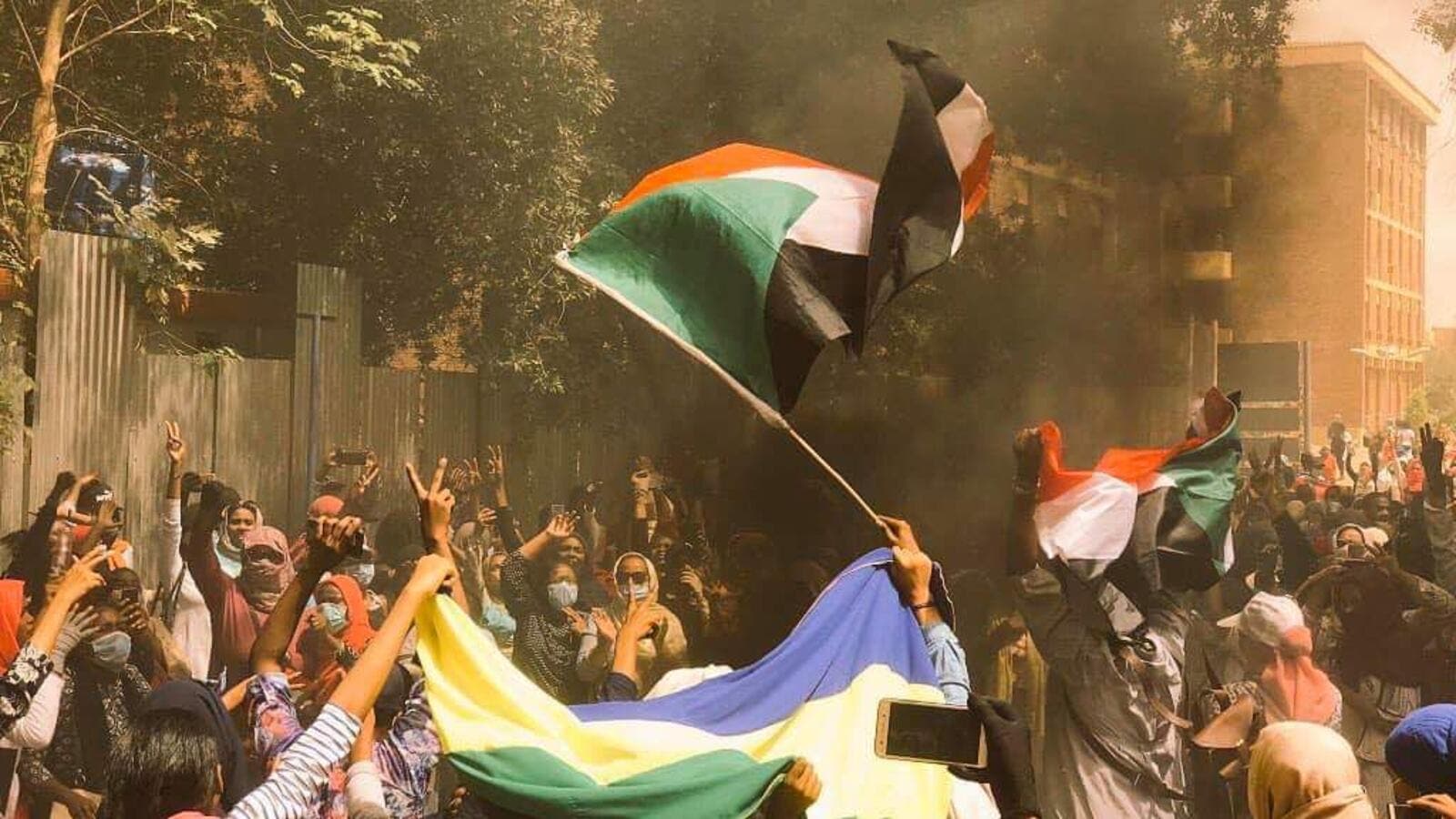 Protesters gather on the streets of Khartoum on June 17, 2019 (photo provided by anonymous source on the ground)

In Khartoum, the capital of Sudan, the streets have been quieter than usual.

After seven months of nearly non-stop demonstrations, sit-ins and marches, a political deadlock between the ruling military regime and Sudan’s civilians has formed. The Rapid Support Forces (RSF), the ground enforcers of the ruling military council (TMC), have unleashed a brutal crackdown on protests.

They have burned down villages, trapped and raped dozens of women demonstrators and killed or disappeared untold numbers of civilians. A near-total internet blackout ordered by the TMC has slowed the flow of information from inside Sudan to a trickle when it was once a torrential wave producing viral figures and spectacular displays of civil disobedience.

In this media blackout, understanding what is happening inside the country in the wake of the RSF’s crackdown is a difficult task. To get around it, Al Bawaba has directly reached out to activists and reporters on the ground, who describe a shocked but determined civilian population.

Al Bawaba has learned that several survivors of RSF attacks have attempted to reach out, but have been prevented from doing so thus far because of the total blockade on internet use.

Al Bawaba has learned that several survivors of RSF attacks have attempted to reach out, but have been prevented from doing so thus far because of the total blockade on internet use.

“[The] streets are very quiet now, because of the internet blackout,” says a reporter who will remain anonymous due to security concerns, as the RSF has specifically targeted journalists.

“Politically, the atmosphere is very shocked,” she adds.

After elements of Sudan’s military announced a coup against the country’s former dictator, Omar al-Bashir, thousands of skeptical demonstrators in Khartoum launched a sit-in against the transitional government, fearful it was simply a continuation of Bashir’s regime.

Amidst a growing crackdown against protestors, RSF forces stormed a sit-in in Khartoum, firing live ammunition into crowds before assaulting hospitals around the city.

Although official counts are difficult to tally, the source in Khartoum told Al Bawaba at least 118 were killed in the violence, and that tens are still missing. Initial reports described RSF soldiers dumping the bodies of slain protestors into the Nile River, where they flowed downstream.

Thread with Videos of Military/RSF janjaweed brutality in #SudanMassacres #Sudan_Internet_Blackout #BlueForSudan
Video shot by one of the janjaweed from inside the sit in protest area after many have been shot, killed and tents could be seen burning. pic.twitter.com/dvIdeNNgCG

In the face of the crackdown and growing calls from the civilian opposition for the TMC to abdicate Sudan’s government, the source tells Al Bawaba the “TMC is doing literally nothing,” apart from using provocative political speech and demonstrating an unwillingness to mediate an end to the political dispute with civilian coalitions.

Until recently, RSF soldiers were still marauding the streets of Khartoums with whips and assault rifles, harassing some and raiding houses of suspected protesters.

According to the source on the ground, RSF forces have held back from continuing their crackdown after protesters agreed to remove barricades they constructed on the streets, which were intended to block TMC-aligned forces from breaking up demonstrations.

When accounting for the disappearances and subsequent attacks on dissenting civilians, the death toll is likely to be far higher than the official estimates admitted to by the RSF or tallied by doctors associated with the protest movement.

The political balance between the ruling military council and the civilian leaders are fragile, and the crackdown may resume if talks break down.

Protests in Khartoum on June 17, 2019 (Photo provided by anonymous source to Al Bawaba)

Despite the raids and brutal crackdown against protesters, the source on the ground explains that protesters remain determined to see the end of the TMC, but are losing their once-held optimism that it will happen. “They don’t really trust [the] TMC that they’ll reach anything with protest leaders,” she says.

As it stands, protesters are now organizing rallies at night, with occasional gatherings during the day in Khartoum.

Protests initially began in Nov 2018 over the tripling of the price of bread and austerity measures imposed on pensions. From there, outrage against Omar al-Bashir’s regime spiraled and eventually encompassed a wide range of grievances regarding corruption and fiscal mismanagement of Sudan’s economy.

Elements of Sudan’s military toppled Bashir in April 2019. Protest’s celebrations almost immediately halted after it became clear the transitional military council would be led by leaders of the ousted regime, effectively preserving the style of governance that ruled Sudan for 30 years prior. The RSF’s commander, who played a pivotal role in the ongoing genocide of Darfur, Mohamed “Hemeti” Hamdan Dagalo, emerged as the council’s main leader.

Since then, protest leaders have struggled to develop a negotiating strategy with the military council, who appear unwilling to take such talks seriously.

The internet shutdown and the RSF’s violent assaults on protesters comes amidst this political breakdown between protest leaders and the military council.

The RSF is distinct from Sudan's main military force, as it does not fall under the military's traditional chain of command. Rather, it answers directly to its commander, Hemeti, who is now widely considered the leading figure in Sudan's ruling military council. Hemeti solidified the RSF by merging leading militias from the Janjaweed; a network of paramilitary groups that orchestrated the ongoing genocide in Darfur.

Read more:
After 30 Years of Brutal Rule, Sudan's Regime is Crumbling Under the Weight of a New Movement