Did The US, China Create The Novel Coronavirus?

Leaked papers claim that US and Chinese scientists had been planning to create a new novel Coronavirus before the pandemic erupted, leaked proposals show. 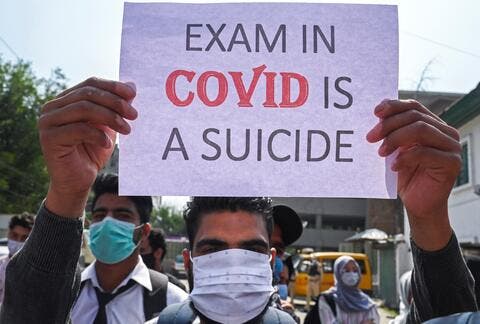 Last month, a grant application submitted to the US Defense Advanced Research Projects Agency (Darpa) revealed that an international team of scientists had planned to mix genetic data of similar strains to create a new virus.

The grant application was made in 2018 and leaked to Drastic, the pandemic origins analysis group.

This would result in a virus which had no clear ancestor in nature, a World Health Organization (WHO) expert told The Telegraph.

The expert, who asked the paper not to publish their name, said that, if such a method had been carried out, it could explain why no close match has ever been found in nature for Sars-CoV-2.

The closest naturally occurring virus is the Banal-52 strain, reported in Laos last month. It shares 96.8 per cent of Covid-19's genome.

No direct ancestor, which would be expected share around 99.98 per cent, has been found so far.

The WHO expert told The Telegraph that the process detailed in the application would create 'a new virus sequence, not a 100 per cent match to anything.'

'They would then synthesise the viral genome from the computer sequence, thus creating a virus genome that did not exist in nature but looks natural as it is the average of natural viruses.

'Then they put that RNA in a cell and recover the virus from it.

'This creates a virus that has never existed in nature, with a new 'backbone' that didn't exist in nature but is very, very similar as it's the average of natural backbones,' the expert said.

The proposal was rejected and the database of viral strains at the Wuhan Institute of Virology was taken offline some 18 months later, making it impossible to check what scientists there were working on.

The institute's scientists have consistently denied creating the coronavirus in their lab.

The grant application proposal was submitted by British zoologist Peter Daszak on behalf of a group, which included Daszak EcoHealth Alliance, the Wuhan Institute of Virology, the University of North Carolina and Duke NUS in Singapore, The Telegraph reported.

Experts told the paper that creating an 'ideal' average virus could have been part of work to create a vaccine that works across coronaviruses.

Last month, it emerged that the US had funded similar research to that outlined in the 2018 grant proposal.

Files obtained by The Intercept as part of an FOI request to drill down the possible root of COVID and whether the US had any role in it showed that in 2014, the National Health Institute (NIH) approved a five-year, yearly grant of $666,000 a year for five years ($3.3million) for EcoHealth Alliance, a US research organization, into bat coronavirus.

EcoHealth Alliance, in its proposal to the NIH, acknowledged the risks involved were 'the highest risk of exposure to SARS or other CoVs' among staff, who could then carry it out of the lab.

A new study suggests the novel coronavirus was infecting people across the US as early as December — a month before the first person known to have been infected with coronavirus arrived in the US from China on January 15 https://t.co/uNmHkADSQC

The NIH gave them the money anyway - something Dr Anthony Fauci was previously forced to admit when testifying before Congress in May this year. EcoHealth Alliance then gave $599,000 of the money to the Wuhan Institute of Virology.

At the time and repeatedly since, Fauci has denied that the research constituted what's known as 'gain-of-function' research.

Gain-of-function research is the scientific term given to research that deliberately changes an organism to make give it new functions in order to test a theory.

When applies to studying human viruses, it can mean making the virus more transmissible and or even deadly in order to test what can and can't survive it. 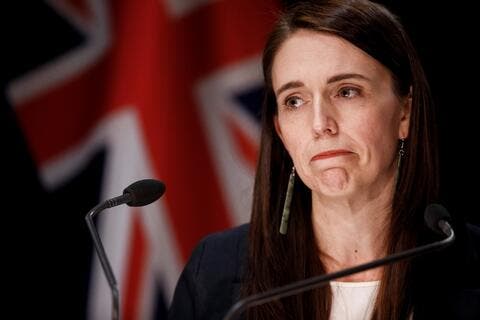 'The documents make it clear that assertions by the NIH Director, Francis Collins, and the NIAID Director, Anthony Fauci, that the NIH did not support gain-of-function research or potential pandemic pathogen enhancement at WIV are untruthful,' Richard Ebright, a molecular biologist at Rutgers University, tweeted.

Ebright studied the papers and alleged that the scientists performed 'the construction - in Wuhan - of novel chimeric SARS-related coronaviruses that combined a spike gene from one coronavirus with genetic information from another coronavirus and confirmed the resulting viruses could infect human cells'.