Former President Donald Trump has overtaken President Joe Biden in approval ratings for the first time since his loss at the 2020 presidential elections, according to a new Harvard/Harris poll. 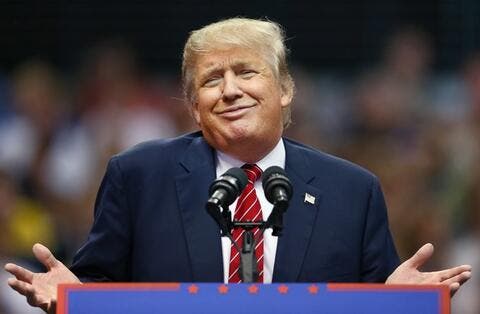 While Biden enjoyed his highest approval rating of 57 per cent in May, support for the president dropped dramatically to 46 percent as of September following the nation's chaotic exit from Afghanistan, crisis at the southern border with Mexico, and deadlock in Congress over his infrastructure bills.

Meanwhile, Trump's approval ratings remained at about 46 per cent since 2020 and surpassed Biden after rising to 48 per cent in September.

'The mounting issues on all fronts have led to the surprise conclusion that Trump is now seen as being as good a president as Biden, suggesting the honeymoon is being replaced with buyer's remorse,' Mark Penn, co-director of the Harvard/Harris survey told The Times.

The poll comes as Biden held talks with feuding Democrats at the White House on Tuesday in an effort to reach an agreement on the $1.1 trillion infrastructure deal and the second $3.5 trillion bill containing new social spending.

It also stands in the wake of a new migrations crisis in Texas as thousands of migrants, mostly from Haiti, cross the Rio Grande and settle in camps outside of the city of Del Rio.

As well as revelations that the US mistakenly killed 10 people, including one aid worker and seven children, after a botched done strike meant to kill an ISIS-K terrorist.

Only about a third of independent voters approve of President Joe Biden's job in August, a new low as he trails his own vice president among the same group and across all voters nationwide, according to a Gallup poll released Wednesday.

Numbers released eight months into the 78-year-old's presidency weighed the opinions of Americans from September 1 to September 17, beginning just after the US wrapped Biden's chaotic military withdrawal from Afghanistan and amid a worsening crisis at the southern border.

Just 43 percent of Americans approve of his work in office while more than half - 53 percent - say they disapprove.

Vice President Kamala Harris is faring slightly better, with an approval rating of 49 percent. Her nationwide disapproval is also 49 percent.

It's a steep drop from Biden's 50 percent approval rating in July as most of the US struggled with a summer COVID surge fueled by the Delta variant. Biden's disapproval rating was only 45 percent at the time.

His approval among those voters was more than 10 points higher in July, before the Afghanistan withdrawal and before a devastating ISIS-K suicide attack killed 170 Afghans and 13 US service members in Kabul in the US military's deadliest day in the region since 2011.

Harris's approval rating among independent voters is 46 percent, nearly 10 points higher than her boss. Her disapproval rating is also slightly lower, at 51 percent.

The overall negative feelings toward America's leaders is reflective of a wider dissatisfaction in government.

A whopping 69 percent of voters surveyed say they disapprove of how the country is being governed.

Just 30 percent, or less than a third, are satisfied with it. The number hasn't exceeded 50 percent since 2003.

During the 17-day period the survey was taken, Biden issued a sweeping and controversial vaccine order covering two-thirds of the US workforce.

Meanwhile, he's also been dealing with a crisis at the southern border that's been getting worse since he took office.

More than 208,000 migrant encounters occurred at the southern border in August, according to data from Customs and Border Patrol.

Nearly 1.5 million migrants were encountered by Border Patrol in Fiscal Year 2021 so far.

But Biden's own party appears unfazed by the crises gripping the country. A commanding majority of 90 percent of Democrats still approve of his job in office. That's just three points down from August and unchanged from July.

The president's job approval among Republicans hit a new low in Gallup's surveys at just 6 percent. The highest it's even been during his time in office was 12 percent in February and July. 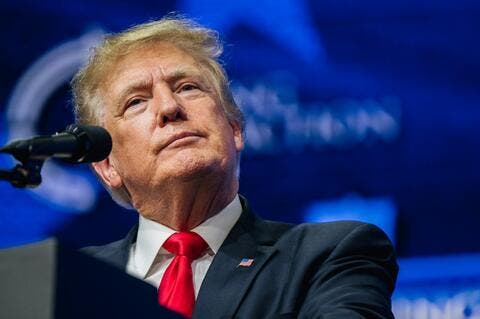 Biden's approval rating is significantly lower than that of his ex-boss at this point in his term.