Published September 22nd, 2021 - 07:47 GMT
Egypt's Foreign Minister Sameh Shoukry attends a meeting by Libya's neighbours as part of international efforts to reach a political settlement to the country's conflict, in the Algerian capital Algiers, on August 30, 2021. (Photo by RYAD KRAMDI / AFP)
Highlights
During a meeting in New York with Mohamed El-Menfi, chairman of the Presidential Council of Libya, Shoukry reiterated Egypt’s full support 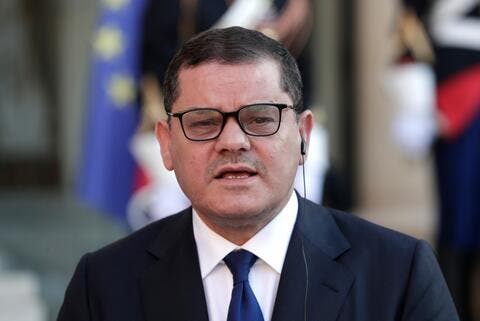 The 11th Session of Egyptian-Libyan Talks Held in Cairo

This follows visits by officials from both sides and last week’s meeting of the Egyptian-Libyan Joint Higher Committee in Cairo.

During a meeting in New York with Mohamed El-Menfi, chairman of the Presidential Council of Libya, Shoukry reiterated Egypt’s full support for efforts to meet the aspirations of the Libyan people, stabilize the country and develop its various regions.

Shoukry praised the efforts of the Libyan House of Representatives in preparing the electoral law as an important step toward holding presidential and parliamentary elections.

He also affirmed Egypt’s firm support for the preservation of Libyan sovereignty and opposition to foreign interference.