Published May 28th, 2021 - 04:01 GMT
Palestinian Hassan Tashesh, 30, who was wounded in a recent Israeli air strike, rides on the back of a cart on the way to a field Jordanian military hospital, in Gaza city, on May 27, 2021. MAHMUD HAMS / AFP
Highlights
UN to allocate urgent humanitarian aid for the people of Gaza

The UN launched an emergency appeal on Thursday to raise $95 million of funding for urgent humanitarian aid for the people of Gaza, along with repairs to key infrastructure damaged by Israeli attacks this month. 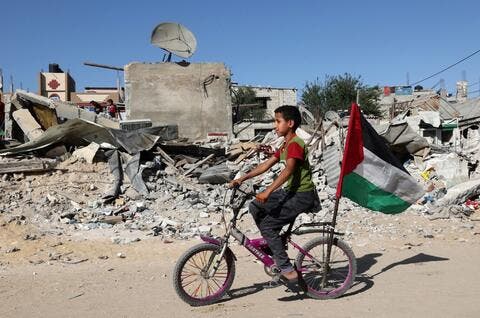 Qatar is to Donate $500M For Gaza Reconstruction

The conflict has left 800,000 Palestinians without access to clean water. More than 1,000 housing units were destroyed, along with 58 schools and 285 other buildings.

Urging international donors to give generously, Lynn Hastings, the UN’s humanitarian coordinator in Gaza, said the money will be used to buy food and medicine and carry out repairs as quickly as possible. It will also help to treat the injured and provide psychosocial support in the West Bank and East Jerusalem, she added.

Asked for an assurance that funds would not be diverted to Hamas, Hastings said the UN has a highly efficient monitoring system in place, and work to improve it continues with authorities on both sides.

Meanwhile, during a meeting of the Security Council, Tor Wennesland, the UN’s special coordinator for the Middle East peace process, commended Egypt, Qatar and the US for their “instrumental” efforts to end the latest round of violence.

“The sustained attention of the international community provided crucial momentum to ceasefire efforts at decisive moments,” he said.

As the international focus shifts from emergency mode during the conflict to assessing the damage in the aftermath, Wennesland said that “our approach cannot be business as usual and we cannot afford to repeat the mistakes of the past.”

Stressing the need for all parties to return to the negotiating table, he added: “Only through negotiations that end the occupation and create a viable two-state solution on the basis of UN resolutions, international law and mutual agreements, with Jerusalem as the capital of both states, can we hope to bring a definitive end to these senseless and costly cycles of violence.”

According to UN figures, this month’s hostilities claimed the lives of more than 250 Palestinians, including 66 children, and 13 Israelis, nine of whom were civilians, including two children.

Israeli airstrikes forced more than 70,000 Gazans to seek refuge in schools run by the UN Relief and Works Agency for Palestine Refugees (UNRWA). However the agency was criticized by Israel’s representative to the UN, who accused it of twisting the facts and engaging in anti-Israel propaganda.

Philippe Lazzarini, the UNRWA’s commissioner-general, defended the work of the agency and its advocacy for Palestine refugees who “derive their status and rights from international law.”

Speaking from its headquarters in East Jerusalem, he warned that “those who believe that by undermining the reputation and the legitimacy of the agency they can somehow erase the Palestinian refugee issue, are fooling themselves.

He added: “To erase or ignore their history is not only discriminatory, it is based on misinformation and the denial of established facts. By seeking to weaken the UNRWA, those who attack it only weaken the prospect for peace.”

Echoing Wennesland’s comments, Lazzarini said that any response to the latest fighting that is limited to humanitarian assistance will do nothing to prevent the next round of hostilities.

He therefore called for the recovery phase to be accompanied by a proper political process aimed at lifting the blockade on people, goods and trade, “swiftly” bringing to justice the perpetrators of violations of international law, halting forced evictions and demolitions, fully funding reconstruction efforts and scaling up the availability of COVID-19 vaccines.

The U.S. — which blocked multiple UN Sec. Council resolutions calling for a ceasefire — has given $146B in aid to Israel since 1948, per @FAScientists. pic.twitter.com/TiBbKWedwY

“No one has asked to remain a refugee seven decades later,” said Lazzarini. “Every Palestinian refugee I meet wants a normal life (without) fear and discrimination. Like all people, they have an equal right to the enjoyment of their human rights, in accordance with international law.

“We must ensure that a sense of normality and stability remains in the lives of Palestinian refugees through a strong UNRWA.”

Linda Thomas-Greenfield, the US ambassador to the UN, told the Security Council that her country is determined to continue its “quiet, intensive, relentless” diplomatic efforts to ensure the current calm holds. 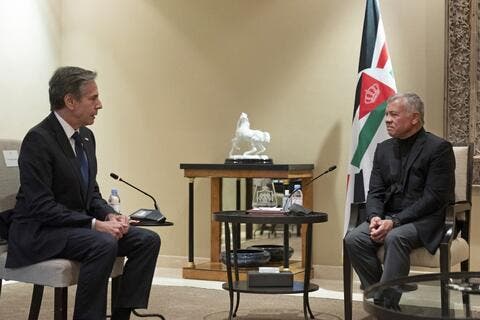 US Secretary of State Antony Blinken recently announced $38 million of funding from Washington to support humanitarian efforts in the West Bank and Gaza, including $33 million for the UNRWA.

Thomas-Greenfield called on the international community to support such efforts to assist the most vulnerable people, and vowed to work closely with the Palestinian authority to achieve this.