Published November 14th, 2021 - 06:02 GMT
A protester with a Sudanese flag painted on his face, smiles during a gathering outside the UAE embassy during a demonstration against the military coup in Sudan, in central London on November 13, 2021. (Photo by DANIEL LEAL / AFP)
Highlights
Police, security forces fired tear gas, live bullets at protesters who are rallying against military coup

The death toll during the protests against the military coup in Sudan’s nationwide demonstrations increased to five, while 20 people have been injured, according to the Central Committee of the Sudanese Doctors (CCSD) on Saturday. 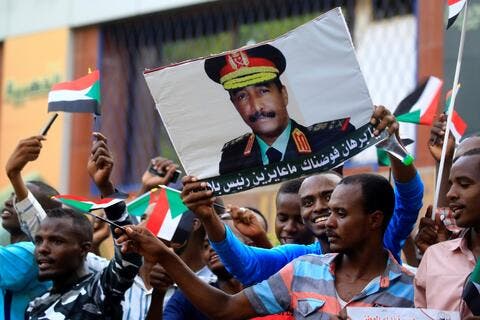 Sudan's Al-Burhan Reconstitutes The Sovereign Council, Names Himself Its Chairman

Nationwide demonstrations rocked the capital Khartoum and other cities against the coup and in support of the dissolved civilian government.

“As the death toll of today's protests increased to 5 and dozens injured in different parts of Khartoum and other cities, we are calling on the human rights organization in order to follow up and monitor the violence used against the protesters,” the CCSD said in a statement.

Thousands of Sudanese protesters took to the streets on Saturday against the head of Sudan’s ruling military council, Gen. Abdel Fattah al-Burhan.

Eyewitnesses in different neighborhoods told Anadolu Agency that the police and security organs have used tear gas and live bullets against the protesters.

Saturday’s rallies were called by the Sudanese Professionals Association, which is leading the protests, to demand civilian rule. The activist movement was key in organizing protests that led to the ouster of long-serving President Omar Al-Bashir in 2019.

The mass protests came two days after al-Burhan issued a decree to form a new ruling transitional council, appointing himself its chairman. 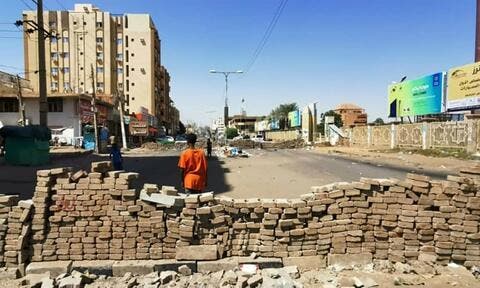 On Oct. 25, al-Burhan declared a state of emergency and dissolved the transitional Sovereign Council and government amid rival protests and accusations between the military and politicians in the country.

Before the military takeover, Sudan was administered by a sovereign council of military and civilian officials which was overseeing the transition period until elections are held in 2023 as part of a precarious power-sharing pact between the military and the Forces for Freedom and Change coalition.