Published August 23rd, 2021 - 06:28 GMT
Palestinian workers clear the rubble of buildings, leveled by Israeli bombing during the conflict between Israel and Hamas in May this year, in Beit Lahia in the northern Gaza Strip, on July 14, 2021. (Photo by MOHAMMED ABED / AFP)
Highlights
Apparently Unlawful Attacks Cause Major Lasting Harm

The Israeli military’s airstrikes that destroyed four high-rise buildings in Gaza City during the May 2021 fighting apparently violated the laws of war and may amount to war crimes, Human Rights Watch said today. 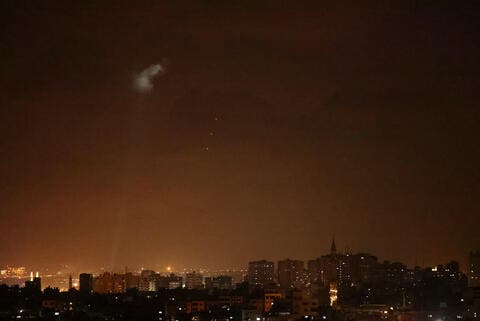 The attacks also damaged neighboring structures, made several dozen families homeless, and shuttered scores of businesses that provided livelihoods to many people.

Between May 11 and 15, Israeli forces attacked the Hanadi, al-Jawhara, al-Shorouk, and al-Jalaa towers in the densely populated al-Rimal neighborhood. In each case, the Israeli military warned tenants of impending attacks, allowing for their evacuation.

Three buildings were immediately leveled while the fourth, al-Jawhara, sustained extensive damage and is slated to be demolished. Israeli authorities contend that Palestinian armed groups were using the towers for military purposes, but have provided no evidence to support those allegations.

“The apparently unlawful Israeli strikes on four high-rise towers in Gaza City caused serious, lasting harm for countless Palestinians who lived, worked, shopped, or benefitted from businesses based there,” said Richard Weir, crisis and conflict researcher at Human Rights Watch. “The Israeli military should publicly produce the evidence that it says it relied on to carry out these attacks.”

The Israeli military stated that during the hostilities with Palestinian armed groups in Gaza from May 10 to 21, its forces attacked about 1,500 targets with air- and ground-launched munitions.

The United Nations reported that Israeli attacks killed 260 people in Gaza, at least 129 of them civilians, including 66 children.

Local authorities in Gaza said that 2,400 housing units were made uninhabitable, while over 50,000 units were damaged, and over 2,000 industrial, trade, and service facilities were destroyed or partially damaged.

Palestinian armed groups launched over 4,360 rockets indiscriminately toward Israel, resulting in the deaths of 12 civilians in Israel, including 2 children, and a soldier, according to Israeli authorities.

Between May and August, Human Rights Watch interviewed by phone 18 Palestinians who were witnesses and victims of the attacks on the towers, including residents, business owners, and employees, as well as those in affected neighboring structures.

The towers contained scores of businesses, offices of news agencies, and many homes. Jawad Mahdi, 68, an owner of  al-Jalaa tower who lived there with dozens of family members, said, “All these years of hard work, it was a place of living, safety, children and grandchildren, all our history and life, destroyed in front of your eyes ... It’s like someone ripping your heart out and throwing it.”

The long-term effects of the attacks extend beyond the immediate destruction of the buildings, Human Rights Watch said. Many jobs were lost with the closure of their companies and many families were displaced.

Nowadays, courage is needed to say the truth!
This is literally what Israel does to the Palestinians, every day!#IsraeliTerrorism#FreePalestine 🇵🇸#غزة_تحت_القصف
pic.twitter.com/ZZ4MiWGC4y

Mohammed Qadada, 31, the head of a digital marketing company located in Hanadi tower, said that the 30 employees affected include people who “have families of their own, who were just entering into marriage, who support their elderly parents, who have sick members of the family who need financial support.”

He said they “won’t find work again because the equipment that they had allowed them to do rendering, designing, producing, [has] all been destroyed. So how can they do the work?”

Israel has asserted that the high-rise buildings housed offices of Palestinian armed groups, including the headquarters of certain units, military intelligence, and in one tower, offices for “the most valuable Hamas technological equipment” for use against Israel. Any information to support these claims has not been made public.

Human Rights Watch found no evidence that members of Palestinian groups involved in military operations had a current or long-term presence in any of the towers at the time they were attacked. Even if there were such a presence, the attacks appeared to cause foreseeably disproportionate harm to civilian property.

Under international humanitarian law, or the laws of war, warring parties may target only military objectives. In doing so, they must take all feasible precautions to minimize harm to civilians, and unless circumstances do not permit, provide effective advance warnings of attacks. Deliberate attacks on civilians and civilian objects are prohibited, including reprisals against civilians.

The laws of war also prohibit indiscriminate attacks, which include attacks that do not target a specific military objective or do not distinguish between civilians and military targets. Attacks in which the expected harm to civilians and civilian property is disproportionate to the anticipated military gain are also prohibited.

Personnel or equipment being used in military operations are subject to attack, but whether that justifies destroying an entire large building where they might be present depends on the attack not inflicting disproportionate harm on civilians or civilian property.

The proportionality of the attack is even more questionable because Israeli forces have previously demonstrated the capacity to strike specific floors or parts of structures. However, these attacks completely flattened three of the buildings, evidently by attacking their structural integrity.

Regarding al-Jalaa tower, the Israeli military said that because armed groups had occupied multiple floors, the entire tower needed to be destroyed.

The deployment of Palestinian armed groups in the towers, if true, would go against requirements to take all feasible precautions to minimize harm to civilians under their control and to avoid placing military objectives in densely populated areas. 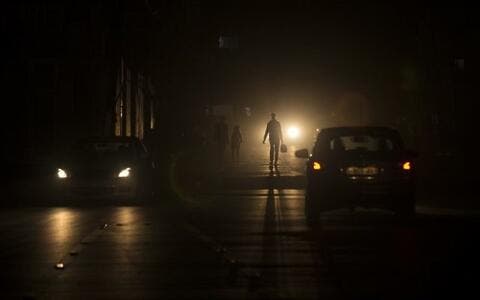 Israel has repeatedly accused Palestinian armed groups of deploying among civilians and – without providing evidence, using them as “human shields” – the war crime of intentionally co-locating military forces with civilians to deter targeting those forces.

Individuals who order or commit serious violations of the laws of war with criminal intent – that is, deliberately or recklessly – are responsible for war crimes. A country responsible for laws-of-war violations is obligated to make full reparation for the loss or injury caused, including compensation for individuals harmed.

The 14-year Israeli closure of Gaza, along with Egyptian border restrictions, has devastated the economy in Gaza. Restrictions on the entry of goods broadly deemed to be “dual-use,” for example, have sharply reduced the population’s access to construction material and certain medical equipment.

Unless lifted or substantially eased, the sweeping restrictions on the movement of people and goods will hamper reconstruction efforts.

On May 27, the UN Human Rights Council established a Commission of Inquiry to address violations and abuses in the Occupied Palestinian Territory and Israel, including by advancing accountability for those responsible and justice for victims.

The commission should examine unlawful attacks committed by Israeli forces and Palestinian armed groups during the May fighting. It should also analyze the larger context, including the Israeli government’s discriminatory treatment of Palestinians.

“Throughout the May hostilities, unlawful Israeli strikes not only killed many civilians, but also destroyed high-rise towers, wiping out scores of businesses and homes, upending the lives of thousands of Palestinians,” Weir said. “Donor funding alone will not rebuild Gaza. The crushing closure of the Gaza Strip needs to end, along with the impunity that fuels ongoing serious abuses.”