Published September 30th, 2021 - 09:30 GMT
Sudan warned against Ethiopia's plans to fill the second phase of its mega dam on the Blue Nile, saying it would pose a "direct threat to Sudanese national security."
Highlights
Talks between Sudan, Egypt, Ethiopia on Nile dam project have stalled

The Sudanese government warned Wednesday that continuing construction of the Grand Ethiopian Renaissance Dam (GERD) without a binding agreement poses a direct threat to Sudan. 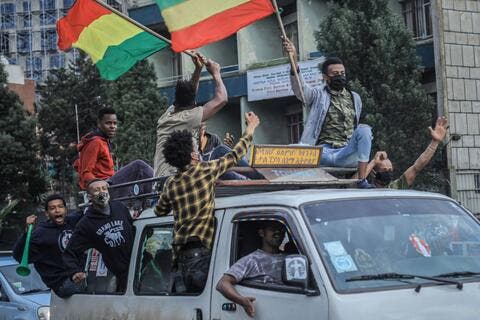 How Do You Get a Binding Accord on The Nile Dam?

“Sudan is directly affected by the GERD,” Minister of Irrigation and Water Resources, Yasser Abbas, said during a meeting in Khartoum with Australian Ambassador Glenn Miles.

85% of the water promised to Egypt originates in Ethiopia. https://t.co/ahSp8Mu9C4

“Continuing the dam’s construction in the absence of a binding agreement poses a direct threat to Sudan,” Abbas was quoted as saying by a ministry statement.

Abbas said Khartoum insists on reaching a legally binding agreement to ensure the exchange of data and information to maintain the safety of the Roseires Dam in southeastern Sudan and the lives of millions on the banks of the Blue Nile.

Miles, for his part, praised relations between Khartoum and Canberra, noting that Sudan’s water sector is promising.

An Egyptian study released on Sunday warned of the possibility of the GERD collapse while casting doubts on Addis Ababa’s ability to complete the second filling of the dam.

According to the study which it said was based on scientific sources, “an imminent danger” is facing Sudan as the dam is likely to collapse “if it is completely filled."

Recently, as many as 50 people were reported dead in Sudan due to floods caused by the second filling of the dam.

Sudan had repeatedly urged Addis Ababa to exchange information to avoid losses downstream. Many power plants went out of service in Sudan over the past two months coupled with collapsing of health and environmental systems in the country. 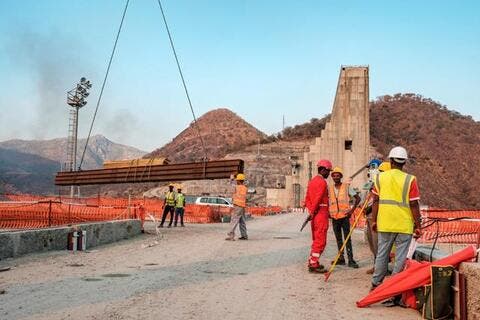 Sudan’s transitional government has stressed that it will not return to talks with Ethiopia under the African Union umbrella unless international mediation is guaranteed.

Meanwhile, Egypt fears the dam will reduce the flow of water downstream. Ethiopia maintains the dam is vital to addressing the country's acute electricity shortage.