Hariri Has One Last Attempt to Form Cabinet in Lebanon

Published June 2nd, 2021 - 06:19 GMT
An areal view shows Beirut port on May 27, 2021, with the grain silos in the foreground, damaged in a massive explosion on August 4 last year, which killed more than 200 people and injured scores of others. DYLAN COLLINS / AFP
Highlights
Ex-MP says Hariri resignation as PM-designate not unlikely

Political calls and meetings intensified in Lebanon during the past 48 hours in what was described as possibly “the last attempt” to salvage the process of forming a new government, as the World Bank said authorities’ policy response to challenges was “highly inadequate.” 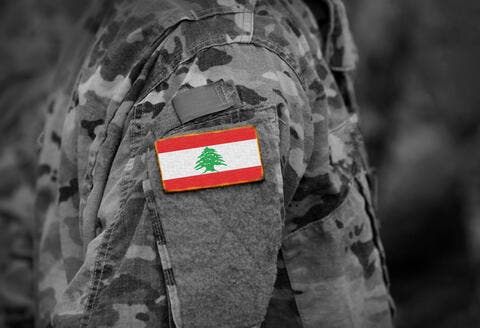 The efforts to assemble a Cabinet came ahead of the Thursday arrival of a World Bank delegation to meet officials.

“The economic and financial crisis is likely to rank in the top 10, possibly top three, most severe crises episodes globally since the mid-19th century,” the bank warned. It said that, since late 2019, Lebanon had been facing compounded challenges, including its largest peace time economic and financial crisis, the spread of coronavirus and the massive blast at Beirut’s port last year.

“The Lebanese authorities’ response to the challenges in terms of public policies was highly inadequate,” the World Bank noted.

There was some optimism on Tuesday, when meetings were held with the mediation of Parliament Speaker Nabih Berri that resulted in the approval of a 24-minister government instead of an 18-minister one.

But the remaining stumbling block is related to President Michel Aoun and his political party’s insistence on naming the two Christians to be the interior and justice ministers.
This position was described by the team of Prime Minister-designate Saad Hariri as “an attempt to secure the blocking third by naming eight ministers and two additional ones.”

A meeting was held on Monday night between the head of the Free Patriotic Movement (FPM) Gebran Bassil, who is Aoun’s son-in-law, and representatives from Hezbollah and the Amal Movement. The meeting, according to leaked information, did not make any headway.

Sources noted that Bassil was insisting on naming the two ministers, particularly the minister of interior, refusing to let Hariri name any of the two Christian ministers.

Lebanon’s GDP plummeted from close to $55 billion in 2018 to an estimated $33 billion in 2020, while GDP per capita fell by around 40 percent in dollar terms.

According to Hariri’s media office, the prime minister-designate briefed his parliamentary bloc on Tuesday about what he had offered in terms of forming a rescue government within the framework of the constitution.

Vice president of the Future Movement, Dr. Mustafa Alloush, said that Hariri stepping down as prime minister-designate was one of the options and was not unlikely. “What can

Hariri tell the people who have been waiting for a new rescue government, while he was not able to form it due to the other side’s intransigence? Does he tell them that we have reached the point of collapse?” he told Arab News. “Aoun’s political party is counting on the country reaching a presidential vacuum without a government, which would allow him to maintain his position.

“If a government is formed without anyone securing the blocking third in it, Aoun, by the end of his mandate next year, would have to leave the palace and go home. However, in light of a caretaker government and a parliament that becomes illegitimate once Aoun’s mandate ends next May without the holding of parliamentary elections, Aoun and his party will stay in the presidential palace, bringing back the history of disruption the country witnessed in the 1980s.”

A member of the Democratic Gathering parliamentary bloc, MP Bilal Abdullah, said all the indicators showed that the efforts exerted by Berri and the head of the Progressive Socialist Party Walid Jumblatt resulted in “some flexibility” in Hariri’s position. However, the meeting that was held between Bassil and the representatives of Hezbollah and Amal

Movement had negative outcomes, he added.

“What is happening reflects a lack of awareness of the seriousness of Lebanon’s situation and the dire economic and social situation the citizens are enduring,” said Abdullah.

The World Bank report, according to the Associated Press, said the country’s gross domestic product (GDP) was projected to contract 9.5 percent in 2021, after shrinking by 20.3 percent in 2020 and 6.7 percent the year before.

Lebanon’s GDP plummeted from close to $55 billion in 2018 to an estimated $33 billion in 2020, while GDP per capita fell by around 40 percent in dollar terms.

Information International, which is a private institution for studies and statistics in Lebanon, said in a report on Tuesday that poverty had affected around 2.365 million Lebanese residents.

“Around 45 percent of the Lebanese do not have healthcare coverage. Most regions suffer from electricity shortages for more than 10 hours every day.” 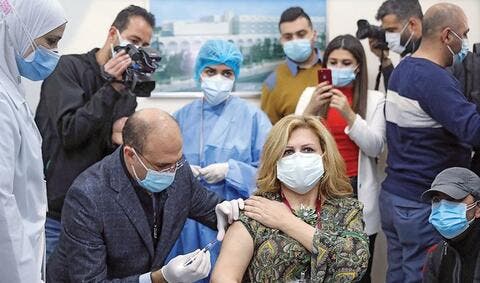 The report also revealed that 95 percent of workers received their salaries in the Lebanese pound, which has lost 76 percent of its value. Inflation reached 85 percent in 2020 and had further reached 26 percent in the first four months of 2021, bringing the total to 111 percent.

On Oct. 22 last year, Hariri was instructed to form a new government following the resignation of then-Prime Minister Hassan Diab in the aftermath of the Aug. 4 port explosion.