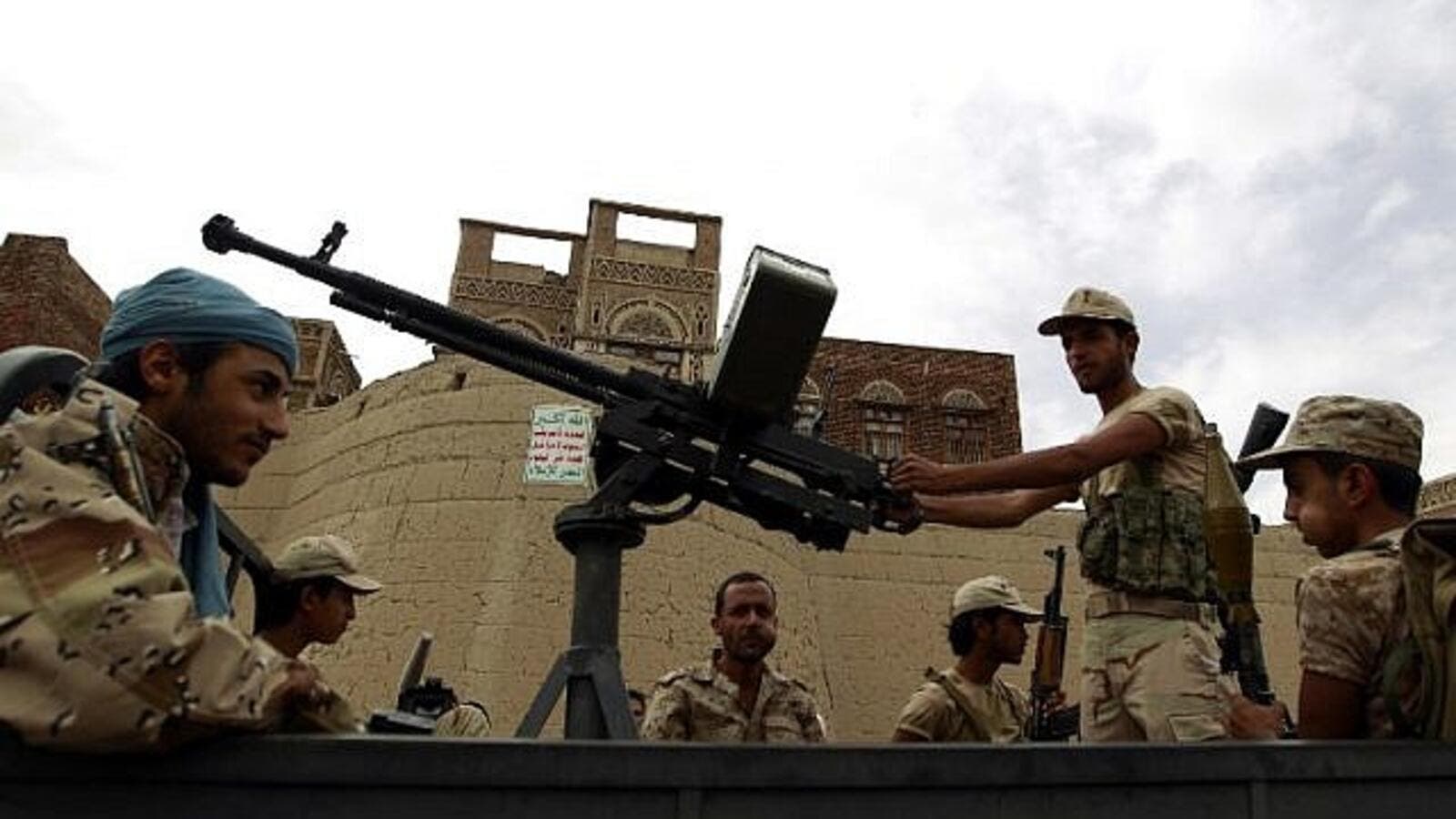 Armed Houthi rebels ride in the back of a truck during a rally in the capital Sanaa. (AFP/Mohammed Huwais)

Five civilians were killed and 20 others injured in a Houthi attack in eastern Yemen’s Maarib city on Tuesday, according to a local police source.

Houthi rebels fired a mortar shell on a crowded street in the city, a police officer told Anadolu Agency on condition of anonymity due to restrictions on speaking to media.

The source said the death toll was expected to rise as many of the injured were in a serious condition.

Houthis hold a mountainous area in Sirwah district near Maarib, from where they launch attacks on civilian and military targets in the city.

Impoverished Yemen has been wracked by conflict since 2014, when the Shia Houthi group overran much of the country, including capital Sanaa.

The conflict escalated in 2015 when Saudi Arabia and its Sunni-Arab allies launched a wide-ranging military campaign aimed at rolling back Houthi gains in Yemen.

Riyadh has repeatedly accused the Houthis of acting as a proxy military force for Shia Iran, Saudi Arabia’s arch-foe in the region.