A huge blaze erupted at a car showroom complex in Dubai early Tuesday morning leaving at least 55 vehicles on display there destroyed, local media have reported. 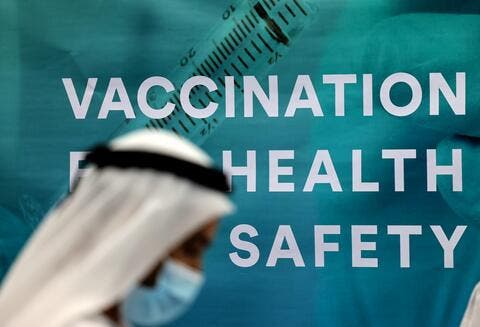 The UAE Registers The Lowest Covid-19 Cases This Year

The massive fire started in one of the showrooms and quickly spread to seven other shops, according to emergency officers who responded shortly after a fire alarm was raised.

A video posted on social media showed a staff spraying water on parked luxury vehicles as huge flames and thick smoke billow from the roof of the burning showrooms.

No injuries were however reported from the blaze at the Ras Al-Khor industrial area of the emirate.

Civil defense authorities are conducting investigations on what caused the fire.

Kıvanç Tatlıtuğ and Başak Dizer Are Expecting Their First Child

In Video: Nelly Karim's Husband Screamed at Her Fans in Carthage Festival

Is Can Yaman Sleeping With Taken Francesca Chillemi?! (Pictures)