A huge fire broke inside Al Zahrani power plant's tank in southern Lebanon. However, the reason behind the fire is still unknown, a journalist revealed on Monday. 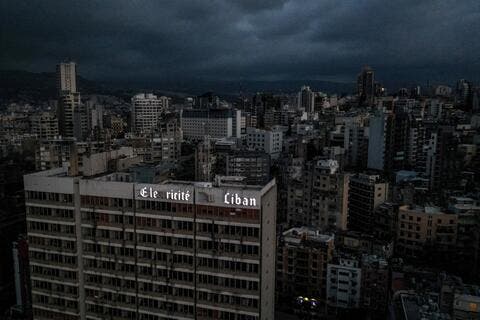 Lebanon Sinks Into Darkness as Power Plants Run Out of Fuel

Al Zahrani power plant is considered one of the main electricity generators in the country. According to sources, the planet was out of fuel causing a power outage in most of Lebanon until last night where it was refilled.

Big fire reported in Al Zahrani power plant (South Lebanon) which is one of the main establishments producing electricity in the country. The power plant had received a new shipment of fuel last night. #Lebanon pic.twitter.com/ckTbsdgmRQ

Multiple videos of the fire were shared on Twitter showing a huge fire at the power plant with a huge dark smoke emerging in the sky.

Local media revealed that Lebanon's army is working on the evacuation process with fears that the fire will expand.