Hundreds of people take it to the streets in Sfax in southern Tunisia calling to prevent to President Kais Saied from seizing further powers. 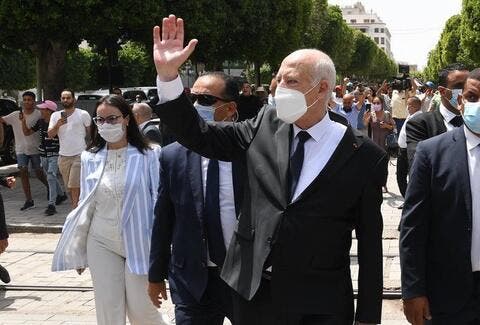 Is Kais Saied Planning to be The Czar of Tunisia?

Two hundred people took part in the protests in Sfax and chanted slogans such as "Touching the constitution is the red line," "People want the Constitution to be functional again," "No to coup and no stepping back from legitimacy."

Their basic demands are to end the coup against legitimacy and the Constitution and to repeal Saied’s extraordinary decisions, one protester told Anadolu Agency.

In a written statement, The Free Constitutional Party, led by Abir Moussi who is known to support Saied, said the decisions caused the rooting of autocratic rule and undermined the concept of the republic.

With new decrees issued Wednesday by Saied to expand powers, extraordinary amendments were made regarding legislative and executive powers of the president, and the body established in 2014 to monitor the constitutionality of laws was also abolished.

Accordingly, the President of Tunisia was given the authority to issue legislative texts through presidential decrees after consulting the Cabinet.

Under the decree, the Cabinet will no longer be responsible to the Assembly, but to the president. The president will appoint the prime minister and determine Cabinet members and policy decisions of the government.

More than 100 prominent officials of Tunisia's Ennahda party, including lawmakers and former ministers, resigned on Saturday in protest at the leadership's performance https://t.co/i3KlKXjJ0X 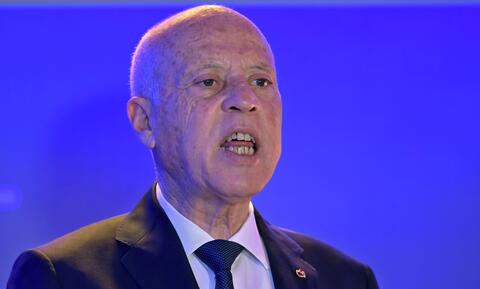 On July 25, Saied ousted the government, suspended parliament and assumed executive authority. While he insists that his "exceptional measures" are meant to "save" the country, critics accuse him of orchestrating a coup.