Published May 23rd, 2021 - 11:18 GMT
A health worker prepares a dose of the J&J/Janssen Covid-19 vaccine at a vaccination centre in Alcarras, near Lleida, on May 22, 2021. Pau BARRENA / AFP
Highlights
IMF unveiled a $50billion plan to end the Covid-19 pandemic and crisis and have 60% of people vaccinated

The International Monetary Fund has unveiled a $50billion plan to end the Covid-19 pandemic and vaccinate 40 per cent of the world by the end of this year. 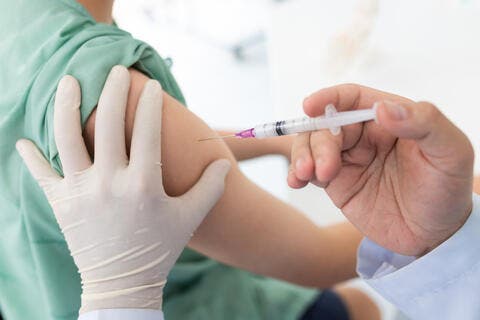 The head of the global organization announced the recovery plan, which aims to vaccinate 60 per cent of the world's population by the end of 2022, at a health conference in Rome on Friday.
Three leading Covid vaccine makers also pledged to supply billions of doses to poorer nations by the end of next year in a bid to put a stop to the crisis.

IMF head Kristalina Georgieva put pressure on wealthy countries to tackle the pandemic as she claimed they would see their hard-hit economies benefit from helping poorer countries.

Earlier this week, a charity had already added to the pressure by claiming G7 countries would only need to spend an average of 60p a week per person to supply poor countries with Covid jabs.

'Our proposal sets targets, estimates financing requirements, and lays out pragmatic action,' Georgieva said at the Global Health Summit held in Rome as part of the G20.

The conference also saw the heads of Pfizer, Moderna and Johnson & Johnson promise around 3.5billion vaccine doses at cost price or discount to middle and low income countries in the next two years.

The proposed mass vaccination drive will inject the equivalent of $9trillion into the global economy by 2025 as activity could restart quicker with rich countries potentially benefitting the most, IMF officials said.

Georgieva told the health summit, which was hosted by the European Commission's 20 major economies, that it made sense for rich countries to boost donations for a faster end to the pandemic.

She put pressure on G7 countries ahead of their summit in June, claiming that the wealthy countries, which would contribute the most to the plans, would see the 'highest return on public investment' in modern times.

Georgieva continued: 'Advanced economies - asked to contribute most to this effort - would likely see the highest return on public investment in modern history, capturing 40% of the GDP gains and roughly $1trillion in additional tax revenues.'

The Covid crisis has already killed more than 3.5million people worldwide while projections point to highly unequal health prospects well into 2022, which poses 'severe risks for the world,' the IMF added.

Meanwhile, the World Health Organization also said the official death toll from the crisis could be two to three times higher than official statistics suggest.

It would cost around $50billion to put in place - $35billion of which IMF is hoping will be paid for by rich countries, while the other $15billion would be funded by national governments using Covid facilities from multilateral development banks.

The organization projected that around one billion doses of the Covid vaccine could be donated this year, even if countries continued to prioritize their own populations.

And under the plans, another one billion additional doses would be produced by early 2022 to handle other factors, including new variants and booster shots.

While the vaccine supply was limited, IMF also called for $30billion to be spent on widespread testing, therapeutics and vaccine deployment, as well as $2billion to put dose-stretching methods in place.

Without urgent actions, many emerging and developing countries might have to wait until the end of 2022 or even later to bring the pandemic under control, the organization added.

It comes after Save the Children claimed rich G7 countries would only need to spend an average of 60p a week per person to supply poor countries with Covid jabs.

Failure to back a global vaccination drive could cost wealthy countries' economies thirty-five times this investment, according to research by the charity.

India must buy more vaccines globally. It is now ‘DO OR DIE’. Learn from the IMF: the world must spend $50billion on vaccines. India must spend billions on vaccines too. Please let’s 🙏🏽ACT NOW. https://t.co/SoVdJyqdnT

Kirsty McNeill, Save the Children's Director of Policy and Campaigns, explained: 'The question isn't whether rich countries can afford to fund a fair rollout of Covid-19 vaccines, but whether they can afford not to. It's an investment that will pay off thirty-five times over.

'For just the price of a chocolate bar a week per citizen, rich countries can stave off huge economic losses resulting from prolonging the pandemic. The UK alone risks losing more than £70billion. That's enough to pay the salaries of more than 210,000 nurses for ten years. 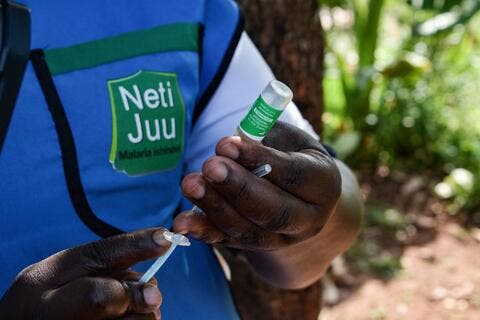 Panic in Kenya as COVID-19 Vaccine Runs Out of Stocks

'The evidence is increasingly clear. When it comes to tackling the pandemic, solidarity and self-interest are one and the same.

'Children and families in the UK and across the world depend on the decisions G7 leaders will make next month. They must not squander this opportunity to crack the covid crisis for everyone, everywhere.'