Published February 17th, 2022 - 10:12 GMT
Palestinian mourners attend the funeral of Nehad Bargouthi, 19, in the village of Kafr Ayn near Ramallah in the Israeli occupied West Bank on February 16, 2022. (Photo by JAAFAR ASHTIYEH / AFP)

A new investigation has revealed that Israel used an assassination tactic, not seen in the occupied West Bank for more than 15 years, in the recent killing of three Palestinian youths. 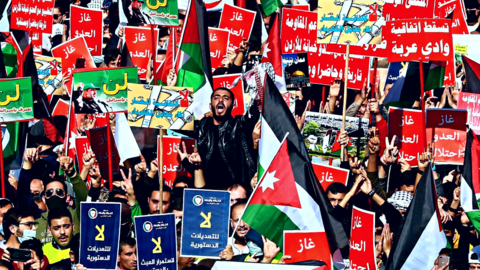 Last Tuesday, Israeli officers in two civilian vehicles cut off three Palestinians in their car in the city of Nablus in broad daylight and directly opened fire at them from short range.

A new investigation finds that Israel used an assassination tactic, not seen in the occupied West Bank for more than 15 years, in the recent killing of three Palestinian youths. https://t.co/6RNikfUR8o

The assault left the bodies of the victims, identified as Ashraf al-Mabsalt, Adham Mabrouka, and Muhammad al-Khalil, riddled with gunshots.

Israel claimed that the three men were “militants” responsible for shooting attacks. Also, the Shin Bet spy agency alleged that the Palestinians were killed in a clash with Israeli forces.

However, a joint Intercept, Local Call, and +972 Magazine investigation pointed to a planned assassination in an area under Palestinian Authority control.

The heinous Israeli crime conjured memories of the regime’s extrajudicial assassinations in the West Bank and the Gaza Strip during the Second Palestinian Intifada (uprising) in 2000-2005.

The Palestinian Foreign Ministry called for an international probe into the killings and held the Tel Aviv regime regime and prime minister Naftali Bennett “fully and directly responsible for this crime.”

“The silence of the international community to Israeli violations and crimes provides a cover to these criminal acts and encourages the Israeli occupier to continue in its open warfare against the Palestinians,” it said in a statement.

“It’s an extrajudicial execution,” al-Haq general director Shawan Jabarin said, adding that his group had found no evidence that the Palestinians ever fired or attempted to fire a shot.

“The three persons were known by the Israelis, and they came merely to kill them,” he noted.

The families of the victims said the carnage was the realization of the threats made against them in recent months by the Shin Bet.

Muhammad al-Khalil’s father, Raed, recalled that one Shin Bet officer had called his family over a dozen times and issued threats.

“The last [call] was two months ago,” said al-Khalil. “He said they would send the Yamam unit (the Israeli border police’s counter-terror unit) to assassinate my son.”

Adham Mabrouka’s brother, Ahmad, described a similar experience of threats from the Shin Bet in the run-up to the targeted killing.

“When I met them face to face,” he said of the Israeli security officers, “they threatened to harm the family and raid [our] house.” 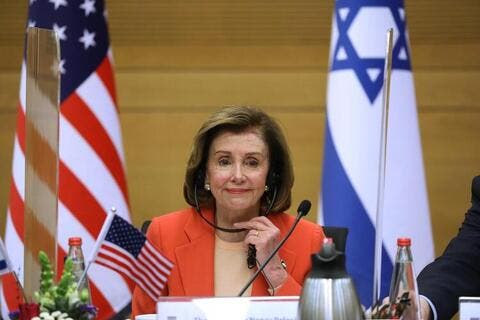 In at least 11 phone calls, a Shin Bet officer said that Adham would be executed, he added.

“They said if he didn’t hand himself over, it will get to the level of assassination, and mentioned the Yamam unit,” recalled Ahmad. “I realized he was going to die, but not in that way. He has 35 bullets in his body.”