Published January 6th, 2022 - 11:03 GMT
People hold a banner reading "Turkey uses chemical weapons" during a protest against the G20 on the sidelines of the G20 of World Leaders Summit on October 30, 2021 in the district of the Pyramid of Cestius in Rome. (Photo by Tiziana FABI / AFP)
Highlights
Iranian envoy to the UN worried over possession of chemical weapons by the United States and Israel

An Iranian Ambassador to the United Nations has raised concerns about the possession of chemical weapons by the United States and Israel, describing the pair as the main obstacles to the elimination of such arms across the world. 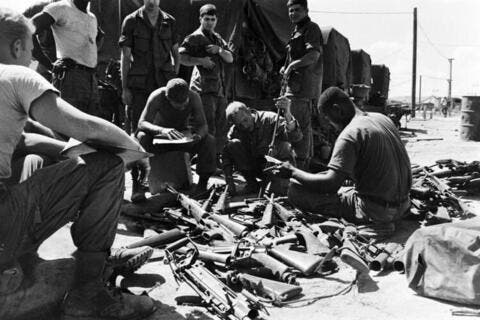 US Weapon Sales: A Billion-Dollar Industry

Zahra Ershadi, deputy permanent representative of Iran to the UN, made the remarks on Wednesday at the Security Council briefing on chemical weapons in Syria.

She said that the elimination of all chemical weapons worldwide was the prime objective of the Chemical Weapons Convention (CWC), and that this goal could be realized only through the treaty’s full, balanced, effective and non-discriminatory implementation, as well as its universality.

Zahra Ershadi, deputy permanent representative of Iran to the UN, made the remarks on Wednesday at the Security Council briefing on chemical weapons in Syria.https://t.co/u4E9rLUID8

It is therefore a source of serious concern that due to non-compliance by the United States, this objective has yet to be realized, she added.

Warning against the serious impact of politicization on the CWC’s credibility, the Iranian envoy called for de-politicization of the work of the Organization for the Prohibition of Chemical Weapons (OPCW).

Iran reiterates is long-standing and principled position on the need to strongly condemn the use of chemical weapons by anyone, anywhere and under any circumstances, she said.

Citing significant efforts by Syria to carry out its obligations under the CWC, including the complete destruction of all its 27 chemical facilities as verified by the OPCW, Ershadi said the holding of monthly Security Council meetings to consider the Syrian file is unjustified.

Syria surrendered its entire chemical stockpile in 2013 to a mission led by the United Nations and the OPCW.

It believes that false-flag chemical attacks on the country’s soil have been staged by foreign-backed terrorists in a bid to pressure the government amid army advances.

Speaking at Wednesday's Security Council briefing, Syria's Permanent Representative to the UN Bassam Sabbagh condemned any use of chemical weapons, emphasizing that the Damascus government has never employed such prohibited arms, despite the threats posed by terrorist groups and their sponsors on its territory.

Zahra Ershadi, Iran's ambassador and deputy permanent representative to the United Nations, denounces the United States and Isreal for impeding the full elimination of chemical weapons across the globe.https://t.co/iq1ZlJ6RUj

Since joining the CWC in 2013, Syria has cooperated with the United Nations to eliminate its stockpiles and production facilities, a process that was completed in record time, in mid-2014, he added. 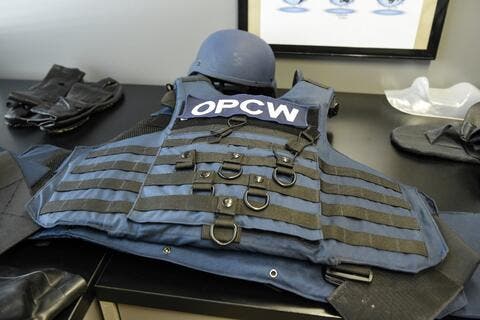 Sabbagh also rejected the disinformation campaign launched by some Western countries, which have adopted a hostile policy against Syria and created the OPCW Investigation and Identification Team, he said that reports by the body have become part and parcel of the hostile Western campaign.

He further urged the UN not to “drag its feet” in investigating the use of chemical weapons by terror outfits and cautioned that certain Western states often jump to conclusions before the end of the probe.