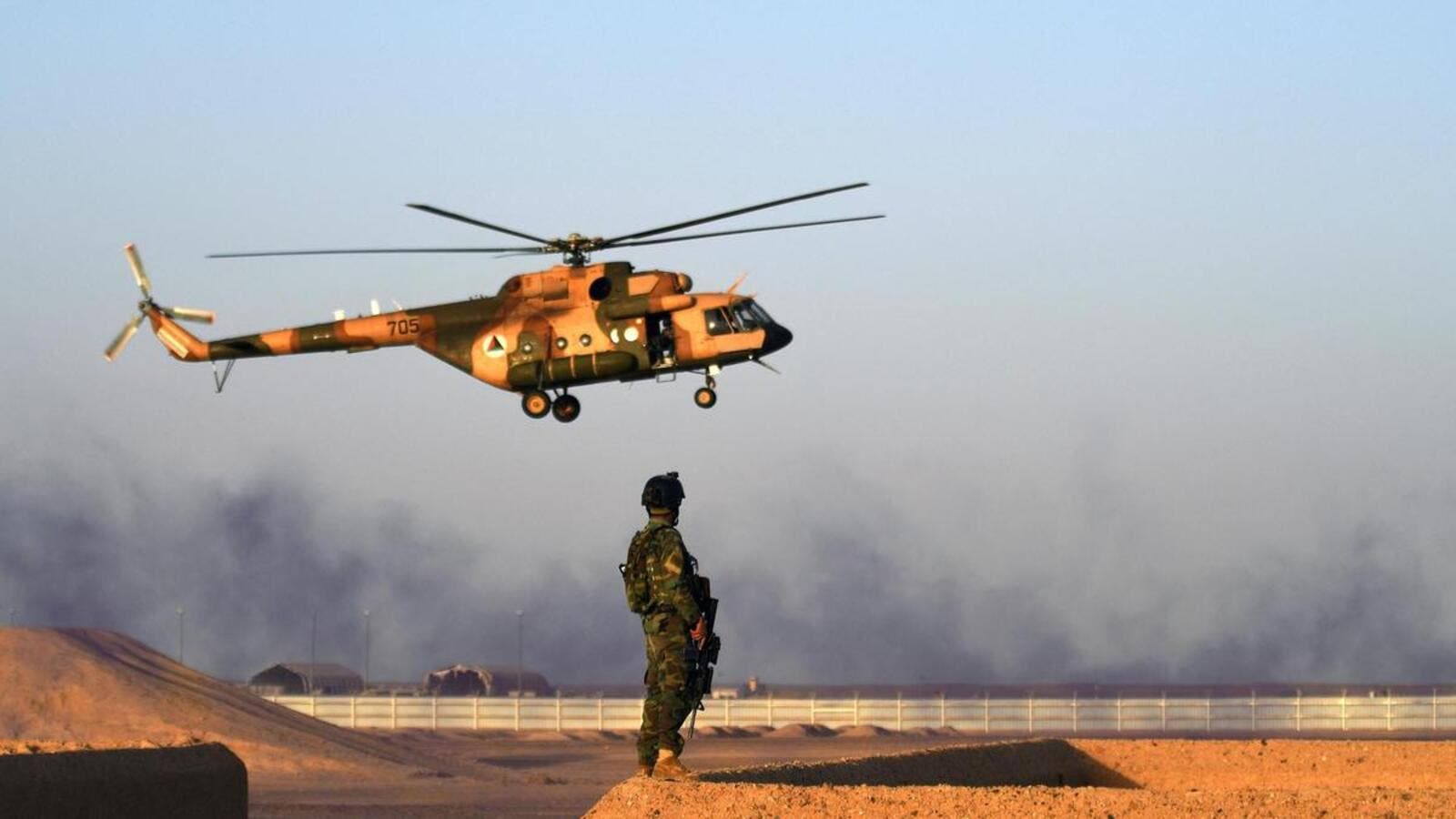 An Afghan Commandos stands guard while an Afghan Air Force helicopter flies past during a combat training exercise at the Shorab Military Camp in Helmand province. (AFP)

Iranian Foreign Minister Mohammad Javad Zarif has called on the international community to engage the Taliban in an "inclusive" dialogue with the Afghan government in a bid to restore peace to the war-torn nation.

“All of us need to facilitate the intra-Afghan dialogue, by helping to bring the Taliban to the negotiating table with the government for inclusive and comprehensive talks,” Zarif said in an address to the Geneva Conference on Afghanistan on Wednesday.

The high-level conference, organized by the UN and the Afghan government in Switzerland, was not attended by the Taliban, but it was reported that the group would closely monitor the gathering of Afghan leaders and international diplomats.

In his speech, the top Iranian diplomat pointed to the “old and new challenges” facing Afghanistan, and warned of efforts to spread extremism across the country.

“The presence of foreign forces has never brought stability in our region and has historically provided a recruiting ground for extremists,” Zarif said, referring to the long-time presence of US and NATO forces in Afghanistan, which has failed to restore security to the country 17 years after the US invasion.

“A new challenge is the introduction of Daesh to Afghanistan which has led to more bloodshed and introduced dangerous sectarian tendencies,” Iran’s foreign minister said, adding that the issue has radicalized local armed groups in a competition over followers and recruits.

“Believe me, as no one gained from introducing and supporting Daesh and other extremists in Syria and Iraq, no one will gain from introducing them to Afghanistan and Central Asia. This horrific trend needs to be arrested before it reaches catastrophic proportions,” he noted.

Principles of peace deal laid out

Addressing the conference, Afghan President Ashraf Ghani laid out the principles of any peace deal with the militants, declaring that he had formed a 12-strong team to negotiate peace with the Taliban.

"We seek a peace agreement in which the Afghan Taliban would be included in a democratic and inclusive society," he said.

Ghani stressed that any deal must fulfill certain conditions, including respecting the constitutional rights of women.

He also urged Afghans to back his peace push in an election next April.

"Presidential elections in the spring are key to successful peace negotiations. The Afghan people need an elected government with a mandate to obtain ratification (and) implement the peace agreement and lead the societal reconciliation process," he said.

The Afghan leader noted that the implementation of any accord will take at least five years.

According to Afghanistan's Chief Executive Abdullah Abdullah, the five-phased peace process would start with an intra-Afghan dialogue, followed by discussions with Pakistan and the US, and then with regional actors, the Arab Islamic world and finally NATO and non-NATO countries.

"The aim of each and every effort by our partners has to be to encourage the Taliban to come to the negotiating table with the Afghan government and put everything on the table," Abdullah said.