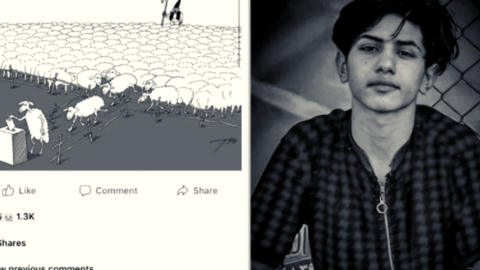 Sadr’s bloc won 73 seats in the 329-member parliament, followed by Taqaddoum (progress) bloc of Parliament Speaker Mohamed al-Halbousi with 38 seats, according to results cited by the official Iraqi news agency.

Polls have closed in Iraq's parliamentary elections with the country's elections commission suggesting a record low turnout, as the government prepares for violence in the wake of the announcement of resultshttps://t.co/IdnicP8LKk

Sadr’s bloc seeks to secure enough seats in parliament to form a government.

He sent a message of reassurance to the US Embassy in the capital Baghdad, which has been subjected to repeated rocket attacks for months, saying: "All embassies are welcome unless they interfere in Iraqi affairs and the formation of the government."

Sadr warned that "any intervention will have a diplomatic response to it, and perhaps a popular one. Iraq is for the Iraqis only, and we will not allow the intervention at all."

He stressed that "weapons must be confined to the hands of the state and the use of weapons outside this scope is prohibited. It is time for the people to live in peace, without occupation or terrorism."

The final results are expected to be announced in two weeks. A coalition is likely to be formed as a government requires the support of at least 165 deputies.

Sunday’s elections saw 3,249 candidates representing 21 coalitions and 109 parties vying for seats in the assembly. The polls saw a low turnout of only 41%, according to the election commission.

Statement attributable to the Spokesperson for the Secretary-General on #Iraq’s parliamentary elections pic.twitter.com/MA5pnuZnbz 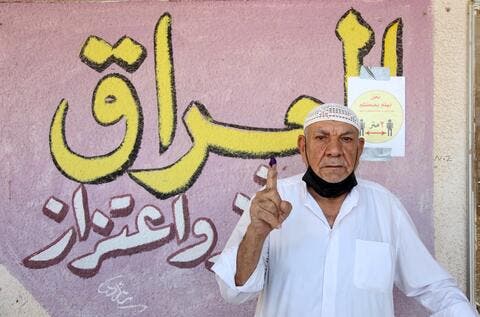 The elections were originally scheduled for 2022, but political parties decided to hold early elections following mass protests that erupted in 2019 against deep-seated corruption and poor governance.

The vote was the fifth in Iraq since 2003 when a US-led invasion overthrew the regime of former President Saddam Hussein.