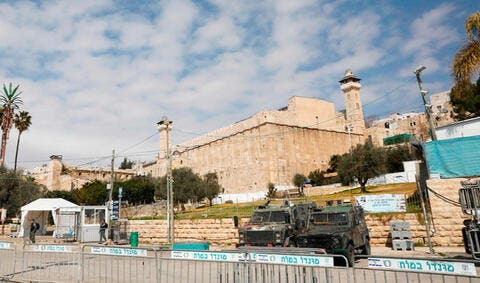 Israeli authorities demanded that Fathi Hazem -- the father of the late 28-year-old Tel Aviv shooter who killed three Israelis -- turn himself in, Israeli and Palestinian media said, as the Jenin refugee camp girded for more battles.

200 Palestinian CHILDREN have been arrested by Israeli occupation forces in Jenin city in the occupied West Bank since the beginning of 2022. pic.twitter.com/EehsS8p2AW

Abu Muadh, the military spokesman of the armed factions in Jenin's refugee camp, announced a "state of alert" and called for "general mobilisation of our fighters to confront any incursion by the Zionist enemy".

Mosques in Jenin told civilians to vacate the streets, according to local residents. Elsewhere in the West Bank, protests were held in solidarity with Jenin, a militant stronghold that saw a major battle against Israeli troops 20 years ago.

Tensions have surged in the West Bank during the Muslim holy month of Ramadan, nearly a year after violence flared in the other Palestinian territory, the Hamas-ruled Gaza Strip, leading to 11 days of devastating conflict.

- Separation barrier -
"The State of Israel has gone on the offensive," Bennett said after a security cabinet meeting, which also approved a 360 million shekel ($112 million) plan to build an additional 40 kilometres (25 miles) of the separation barrier along the West Bank border.

The cabinet also agreed to evaluate a policy to strip the families of "terrorists who are residents and citizens of Israel" of state pensions and other benefits.

In recent weeks, Israel has been stunned by a string of attacks -- some carried out by Arab citizens of Israel linked to or inspired by the Islamic State group, others by Palestinians, and cheered by militant groups including Hamas and Islamic Jihad.

A total of 14 people have been killed in four attacks since March 22, including a shooting spree in Bnei Brak, an Orthodox Jewish city in greater Tel Aviv, also carried out by a Palestinian attacker from Jenin.

Over the same period, at least 13 Palestinians have been killed, including assailants, according to a count by AFP.

The latest casualties were two Palestinian women and one man shot dead Sunday in the West Bank.

The army said one woman had failed to stop after soldiers fired warning shots near the southern city of Bethlehem. Ghada Ibrahim Sabatien was a widowed mother of six in her 40s, according to Palestinian official news agency Wafa.

Further south in Hebron, a Palestinian woman stabbed and lightly wounded an officer before she was killed, according to border police.

After night fell, a Palestinian man was shot dead near Bethlehem, said the Palestinian health ministry, which named him as 21-year-old Mohammed Ghnaim.

The Israeli army told AFP that troops opened fire after the man was seen hurling a Molotov cocktail at passing cars.

- 'Heart is bleeding' -
In the Jenin area, Israeli forces confronted relatives of the Tel Aviv gunman, Raad Hazem, who was killed after an hours-long manhunt, and whose family home faces demolition under standard Israeli practice to deter such attacks.

Shocking testimony from brother of Raed Hazem. He describes a botched execution attempt by Israeli soldiers who showered his car with bullets in Jenin.
He was out grocery shopping with his mom & 6 yr old brother (both in the car when soldiers opened fire).pic.twitter.com/r3DJYmtJTj

The army said that when troops spotted two of his brothers in a car outside the house, they fired at its wheels. The car then sped off and soldiers also shot at another gunman who fired at them from a motorcycle, the army said.

The father, Fathi Hazem, wrote on Facebook that his wife and one son were in the car, charging that Israeli troops tried to "assassinate" them.

In Israel, meanwhile, thousands of Israelis gathered Sunday to bury the victims of the Tel Aviv shootings.

In Kfar Saba, mourners wept for one of them, Tomer Morad, 27, as his girlfriend Ariel Weinblat spoke of her lost love. 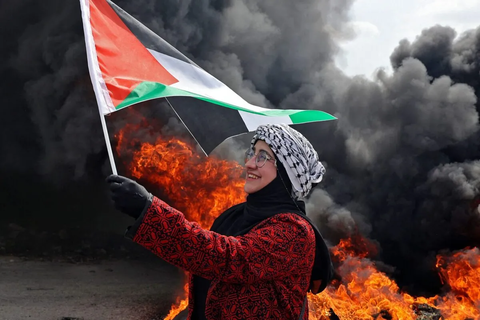 "You came to me yesterday in a dream and said it's all a joke. I believed it. And then I woke up," she said in her eulogy. "I love you so much my heart is bleeding."