Published December 13th, 2021 - 11:45 GMT
Sheikh Raed Salah (C-L), leader of the radical northern branch of the Islamic Movement in Israel, celebrates with supporters following his release from a jail in the mostly Arab city of Umm al-Fahm in northern Israel on December 13, 2021. (Photo by AHMAD GHARABLI / AFP)
Highlights
Salah is staunch defender of Al-Aqsa Mosque in East Jerusalem

Israeli authorities on Monday released Palestinian icon Sheikh Raed Salah after 17 months in prison, according to his defense lawyer. 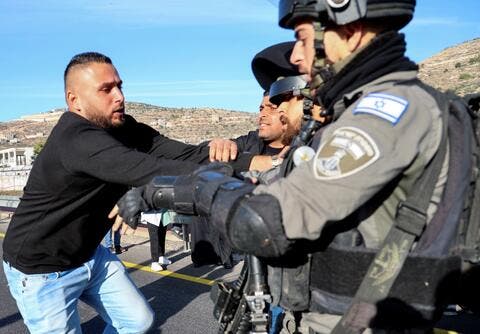 “Salah has been released from prison and is on his way home,” Omar Khamaysi told Anadolu Agency.

With Takbeeraat, chants, sweets and petals.. A high-spirited welcome for Sheikh Raed Salah in his hometown of Umm Al-Fahm after his release from Israeli incarceration. #RaedSalah #رائد_صلاح pic.twitter.com/01BByGYTgq

The Higher Follow-Up Committee for Arab Citizens of Israel, the highest representative body of Arab residents of Israel, is also planning to organize a reception ceremony for Salah in his hometown Umm al-Fahm.

"Sheikh Salah was unfairly imprisoned and paid the price of preserving the principles of our people and defending the blessed Al-Aqsa Mosque," the committee said in a statement on Sunday.

Salah, the leader of the northern branch of Islamic Movement in Israel, was detained in August 2017 and indicted for alleged incitement over his criticism of the erection of metal detectors at Jerusalem’s flashpoint Al-Aqsa Mosque compound.

He was sentenced to 28 months in prison by an Israeli court. He served 11 months in jail, half of which was in solitary confinement before he was moved to house arrest.

A staunch defender of the Palestinian rights, Salah has staged a number of protests against Israeli policies and campaigned against the expansion of Israeli settlements in the occupied territories. 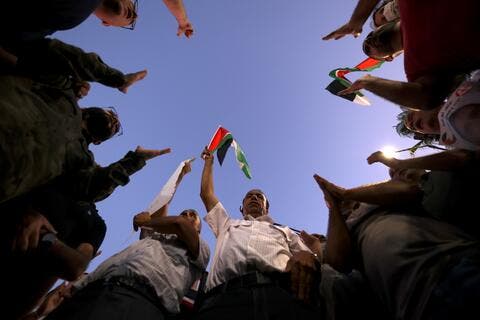 Since 2015, Israel has prohibited Salah from traveling outside the country for reasons ostensibly related to “national security”.

The Islamic Movement in Israel, which Salah founded in 1971, has been outlawed by the Israeli authorities since 2015. In recent years, the same authorities have repeatedly arrested Salah and shut down dozens of organizations, including a number of charities, over their alleged links to his group.

UK Registers Its First Death of an Omicron Patient