Published April 14th, 2022 - 06:34 GMT
A Palestinian demonstrator sets tires ablaze during clashes with Israeli soldiers at the northern entrance to the city of Ramallah in the occupied West Bank, near the settlement of Beit El, on April 14, 2022. (Photo by ABBAS MOMANI / AFP)

Israeli forces have gunned down two more Palestinians in the occupied West Bank, bringing to eight the number of Palestinians killed by the troops since the weakened. 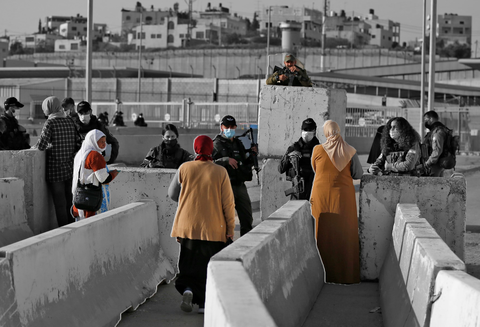 According to the Palestinian Authority’s health ministry, 14-year-old Qusai Hamamrah was fatally shot during a swoop by the forces on the village of Husan near the city of Bethlehem in southern West Bank on Wednesday night.

Martyr Ra'ad Fathi Hazem with his baby in the last meet before the Esteshhadi operation in Tel Aviv.
He was computer engineer and 29 years old.
Rest In Heaven ⚘ pic.twitter.com/IFlX24Ts9I

The Israeli military alleged that the victim had thrown a petrol bomb at the forces, who "used live ammunition in order to stop the immediate threat."

The troops then prevented the teenager from receiving emergency medical aid, prompting his death from the multiple gunshots that he had received.

The ministry also said a 20-year-old Palestinian youth, named as Omar Alyan, had also been fatally shot by the forces near the city of Ramallah in the Silwad village.

The ministry said the second victim died during clashes that erupted after Israeli forces carried out an arrest raid in the area. At least six other Palestinians were also injured during the raid.

The regime has stepped up its deadly aggression across the Palestinian territories since the start of the holy fasting month of Ramadan, triggering Palestinians to ramp up their resistance operations in response.

Most recently, a shooting operation killed at least two people and injured eight others in the heart of Tel Aviv.

BREAKING: 20-year-old Palestinian youth Omar Muhammad Alyan was shot dead by Israeli occupation forces' bullets in the chest in the town of Silwad, northeast of Ramallah.

Omar is the third Palestinian to be killed by Israeli gunfire within 24 hours. pic.twitter.com/v9BpRy1S1x

The attack was conducted, when a Palestinian youth, identified as Ra’ad Fathi Hazem, entered a pub on a crowded main street in the city and began firing his weapon. 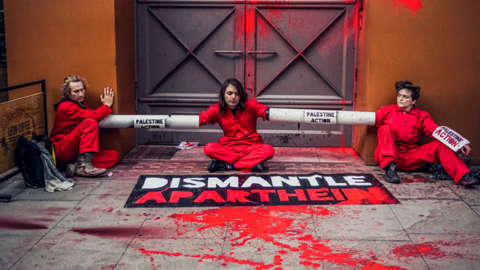 The 28-year-old, a resident of the Jenin refugee camp in the West Bank, was killed by Israeli forces in a pre-dawn firefight near a mosque on the first Friday of Ramadan.

Various Palestinian resistance groups and the Lebanese resistance movement of Hezbollah have hailed the incident as a “heroic operation.”