Italy Worried of The Flood of Migrants Amidst The Tunisia Crisis

Italian authorities expressed their fears more migrants will leave Tunisia amid the ongoing political turmoil in the country, with numbers potentially reaching up to 15.000. 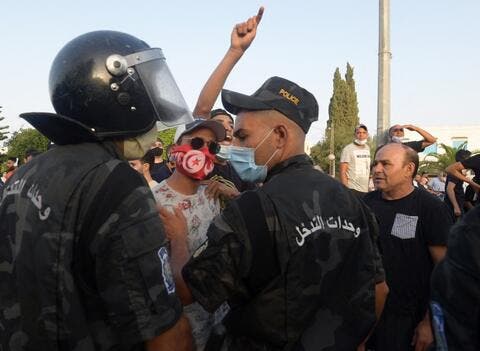 Despite bad sea conditions, yesterday nearly 200 people arrived on dinghies and small boats from the Tunisian shores to Lampedusa, the tiny Italian island in the Mediterranean, where the local holding center known as the “hotspot” and designed to accommodate only 100 people came under pressure once again.

However, in the next few days, the situation could progress from strained to intolerable. As weather forecasts announce calm seas, this could significantly incentivize migrants to depart from Tunisia toward the Italian shores.

Migrant boat departures to Italy and other parts of Europe from Libya and Tunisia have increased in recent months with better weather. https://t.co/cGsLSavfCp

“We are seriously worried about this situation,” Adm. Giovanni Pettorino, chief of the Italian Coast Guard, told Arab News.

“Our primary mission is saving lives at sea. In the past 10 years, 900,000 people have crossed the Mediterranean, and we have always made every effort to save them. We will continue to do so, but solutions to the issue of migrant flows must be found on land and not at sea. Every time a boat leaves the coasts of North Africa overcrowded with people, it’s a defeat for everyone. The solution must go beyond rescue,” he added.

A source in the Italian Interior Ministry believes that “the political turmoil could exacerbate the economic crisis in Tunisia, which is already severe due to the impact of the pandemic.”

The same source added: “If Tunisia faces social unrest, protests, or even civil war or a new dictatorship, as it is realistic to expect, the impact will immediately be felt in Lampedusa with a surge in arrivals by sea.”

Since the beginning of the year, 5,805 Tunisians have arrived in Italy. Italian intelligence services told Arab News they estimate that over 15,000 Tunisians could reach Italy by the end of the year if the situation in the country does not improve.

At least 17 Bengali migrants drowned in a shipwreck off #Tunisia as they tried to cross the Mediterranean to Italy from #Libya, while more than 380 were rescued by the coastguard, the Tunisian Red Crescent says.https://t.co/tQdC4XKG0t 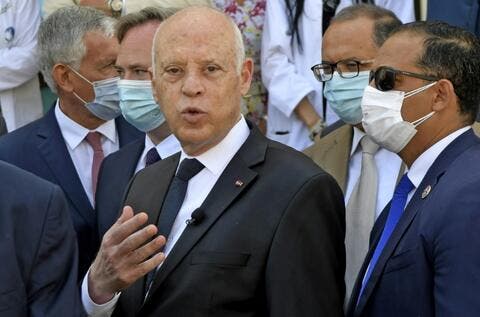 Italian Foreign Minister Luigi Di Maio immediately called on the EU Commission for help, asking for increased cooperation with Tunisia to solve the local economic crisis and discourage the departure of migrants. The government is also worried about the Italian community in Tunisia, comprising 3,537 nationals.

“In this situation, we can only show great concern for what is happening now in Tunisia. We believe that this crisis can be solved through democracy,” Di Maio said.