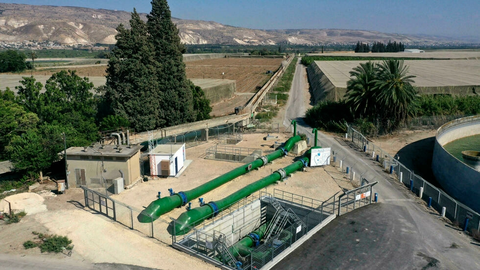 King Abdullah and Sheikh Tamim reaffirmed the distinguished ties between the two countries and peoples, and keenness to bolster them across the political, economic, investment, development, and cultural fields, while also increasing employment opportunities for Jordanians in Qatar, according to a Royal Court statement.

An official welcoming ceremony is held for His Majesty King Abdullah II at the Amiri Diwan in #Qatar #Jordan 🇯🇴🇶🇦 pic.twitter.com/xhPaotX4Hz

His Majesty thanked Sheikh Tamim for the warm welcome, noting that this visit sends an important message to the two peoples.

For his part, Sheikh Tamim welcomed the King, stressing the deep-rooted ties between the two countries.

Discussions at the expanded talks, which were followed by a bilateral meeting, covered the need to continue coordination and consultation on various issues of mutual concern, foremost of which is the Palestinian cause.

During the talks, attended by HRH Prince Ali, His Majesty reaffirmed the centrality of the Palestinian cause, and the importance of stepping up efforts towards reaching just and comprehensive peace, on the basis of the two-state solution, guaranteeing the establishment of an independent, sovereign, and viable Palestinian state on the June 4, 1967 lines, with East Jerusalem as its capital.

The King stressed the importance of ramping up efforts to reach this solution, as the only means of achieving security, stability and lasting peace in the region, noting that Jordan will continue all efforts to safeguard Islamic and Christian holy sites in Jerusalem, under the Hashemite Custodianship.

The talks also addressed developments in Syria, with His Majesty reiterating Jordan’s support for efforts to safeguard Syria’s sovereignty, stability, territorial integrity and the unity of its people. 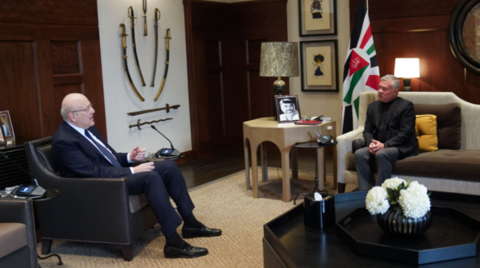 On the sidelines of the visit, an agreement on visa exemptions for diplomatic passport holders, and a memorandum of understanding between the Qatar Investment Authority and the Jordan Government Investments Management Company were signed.