'Justice For J6' Rally Takes Place Near The US Capitol

Matt Braynard, an organizer for the "Justice for J6" rally near the U.S. Capitol drew a distinction Saturday between the Jan. 6 riot participants involved violence and those who peacefully participated. 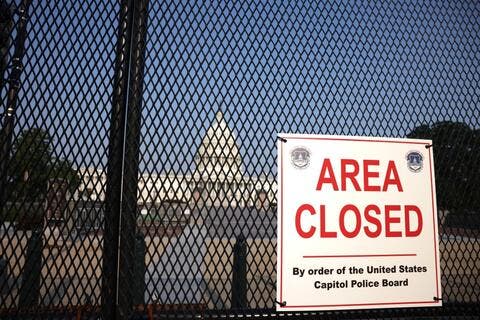 The Look Ahead America group, which planned the the "Justice for J6" rally called for a peaceful protest at Union Square, a public park near the Capitol Reflecting Pool. The event began at noon.

Justice for J6 organizer Matt Braynard - with only a handful of rally-goers present - is being protected by a security guard with a singular air-pod. pic.twitter.com/zde7HavuuZ

Braynard, Look Ahead America director, and a former Trump staffer dismissed in 2016 amid a shakeup in the months before the Republican National Convention, reiterated plans for a peaceful protest in "some ground rules" as he addressed the crowd, ABC News reported.

"There are uniformed officers here who I demand that you respect, you are kind to, you're respectful and you're obedient to," Braynard said. "They're here to keep us safe."

He condemned the violence of the Jan. 6 insurrection while still supporting other people arrested since the Capitol riot.

"Anybody who engaged in that kind of violence or property destruction that day deserves to tried with a speedy trial," he said. "This is about the many people who were there that day who have not been charged with violence, not been accused of a assaulting a police officer or destroying property and the disparate treatment they received."

The organizers have argued that many of those arrested since the Jan. 6 riot at the Capitol after former President Donald Trump's false claims of a stolen election were non-violent "political prisoners," though a federal judge denounced this argument last month.

Many far-right figures and groups discouraged people from attending the J6 rally, according to The Washington Post. Users in far-right Internet forums said the rally was a "trap" to arrest people.

In an interview Thursday with the Federalist, Trump echoed this concern.

A counterdemonstration was also planned to take place about a mile away from noon to 4 p.m. at Freedom Plaza with some counter-protesters arriving ahead of the rally, according to ABC News.

This was the response to BLM protests at the Capitol. All I have to say is we better see this x 2 at the MAGA Justice for J6 rally tomorrow. pic.twitter.com/31MK0ApfCZ 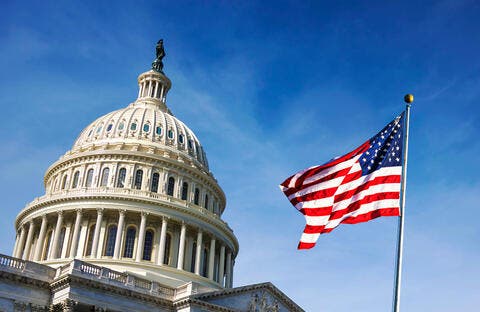 Authorities re-installed security fencing two months after the barrier, which originally went up after the Capitol riot, was removed in preparation for Saturday's rally.

"We are here to protect everyone's First Amendment right to peacefully protest," Manger said in a statement earlier this week. "I urge anyone who is thinking about causing trouble to stay home. We will enforce the law and not tolerate violence."