Published May 17th, 2022 - 07:45 GMT
A soldier of the Kraken Ukrainian special forces unit observes the area at a destroyed bridge on the road near the village of Rus'ka Lozova, north of Kharkiv, on May 16, 2022. (Photo by Dimitar DILKOFF / AFP)

Ukrainian forces said Monday their counteroffensive in the second-largest city of Kharkiv has allowed them to push back Russian forces in one of the most significant setbacks for Moscow since the start of its invasion. 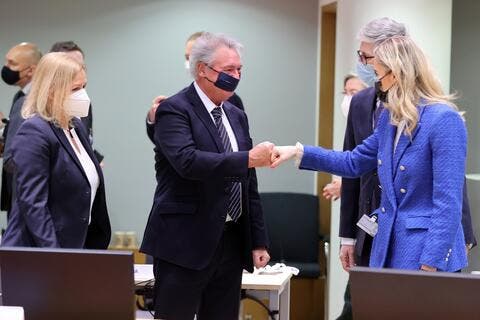 War in Ukraine: What Will Europe Do Now?

Ukrainian military officials said Monday they had succeeded in pushing the Russian military north of its second-largest city of Kharkiv with one unit reaching the Russian-Ukraine border. Ukrainian troops released a video of them flying the country's flag at the border line.

Oleh Synyehubov, the governor of Kharkiv, said on social media that Kharkiv residents are still in danger from Moscow even though Russian shelling has been "significantly reduced."

"The Kharkiv Region Defense Forces continue to hold their ground and carry out successful counteroffensive operations," Synyenhubov said, according to The Washington Post.

"Troops of the Armed Forces of Ukraine reached the state border in the north of Kharkiv region. The enemy is trying to focus most of its efforts on maintaining its positions and is preparing an offensive in the area of ​​Izyum."

Russia continued to attack the front lines in Luhansk over the weekend in their continued quest to control eastern portions of Ukraine.

Mariupol mayoral adviser Petro Andriushchenko said Russia troops who are now in control of the city have started to remove debris that litters the critical southern port town after months of bombing and shelling. He said that includes a hospital from which pregnant women were evacuated in March when it was damaged by Russian military. 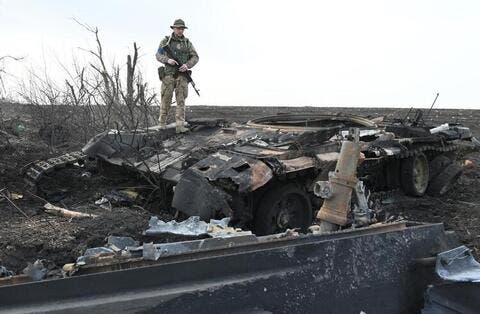 The Ukrainian head of the Sumy region Dmytro Zhyvytskyi said Ukrainians were able to hold off Russian troops who tried to advance in its territory.

"Russian fighters tried to break through the border into the territory of Sumy region," he said, according to The Guardian. "The enemy opened fire on the border area with mortars, grenade launchers, machine guns and submachine guns. Border guards battled with the Russians, who retreated beyond the border."