Kurdish PYD: Turkish forces will not be allowed into ‘liberated areas’ in Syria 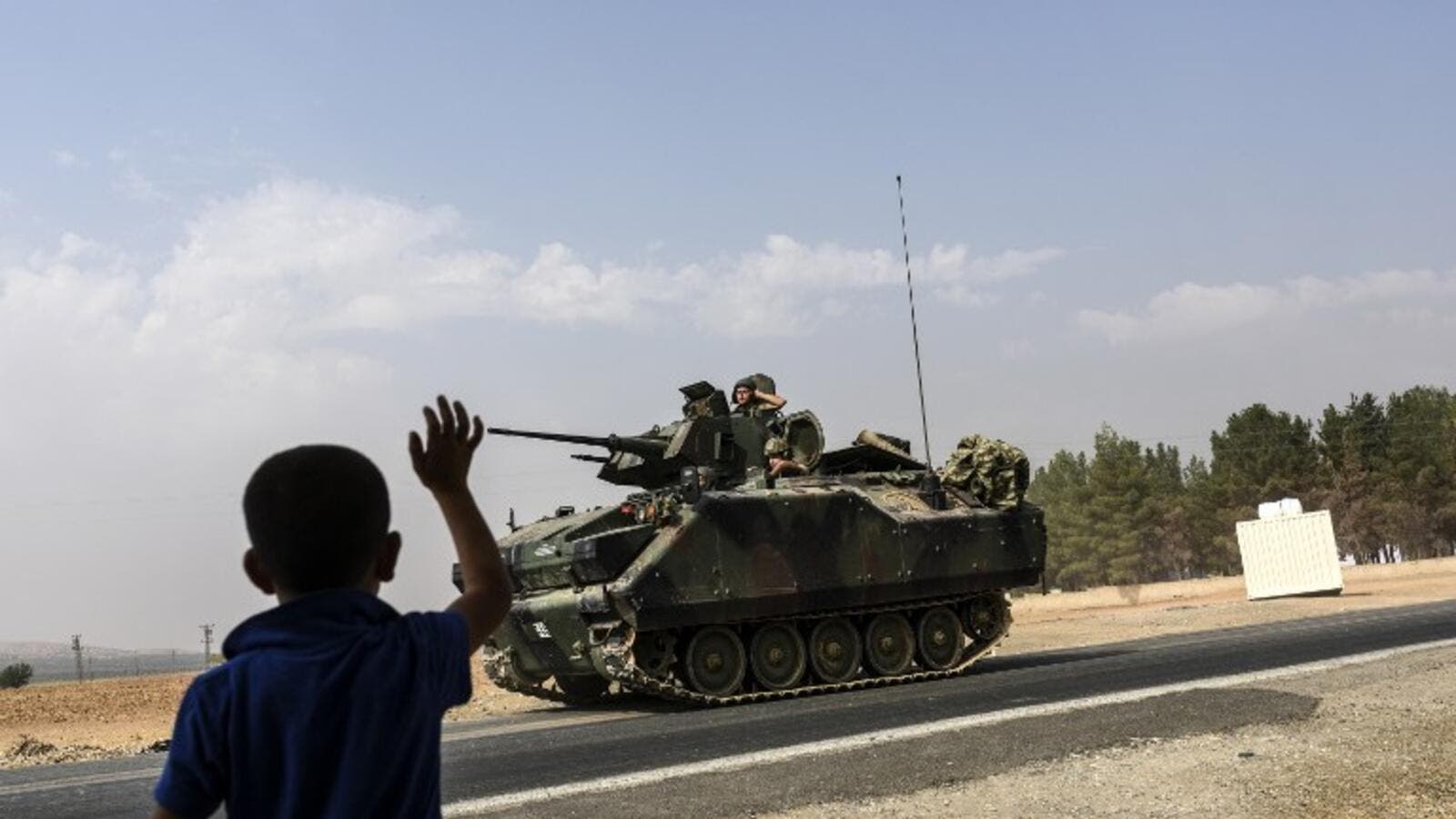 A Turkish boy waves to Turkish tank convoy driving into Syria from the Turkish Syrian border city of Karkamis in the southern region of Gaziantep, on August 26, 2016. (AFP/Bulent Kilic)

Co-chairman of the Kurdish Democratic Union Party (PYD) Salih Muslim directed accusations against Iran, Turkey and Syrians on uniting despite their conflicts and rifts for the sole purpose of Kurds, amid a suspicious US-Russian silence.

Salih Muslim considered that the oppressive nature of the three countries has naturally allied to face the typical democratic and secular system founded by the PYD in Syria.

Speaking to Asharq al-Awsat newspaper, Salih Muslim said that when Kurds are the matter in question all disagreements seem to subside and powers unite to strike them, as their existence is not something desirable in the Middle East.

The Turkish intervention in Northern Syria was labelled an "outrageous interference" by the PYD official, saying that the Kurds of the region will defend themselves regardless of what support they receive.

“We are not defined by the US, the Syrian regime, Russians or any other government or regime. Just like we have defeated ISIS (Daesh) we will be defeating them,” says Muslim.

Muslim further clarified that confrontations pitting Kurdish forces west of the Euphrates River with Turkish forces will be backed should the need arise, saying that the PYD forces will permit Turkish forces entering so much an inch into Manbij or any other liberated area.

He added that PYD forces will treat any incursion similar to how Daesh is treated.

On the other hand, Turkey says that the military campaign it had launched in Syria last week aims to achieve two different goals, to cleanse the area from Daesh combatants and curb Kurdish influence in the region and expansionist aspirations.

According to Muslim, the US-backed Kurdish PYD forces strictly share a military cooperation with Washington, however, no political collaboration whatsoever.