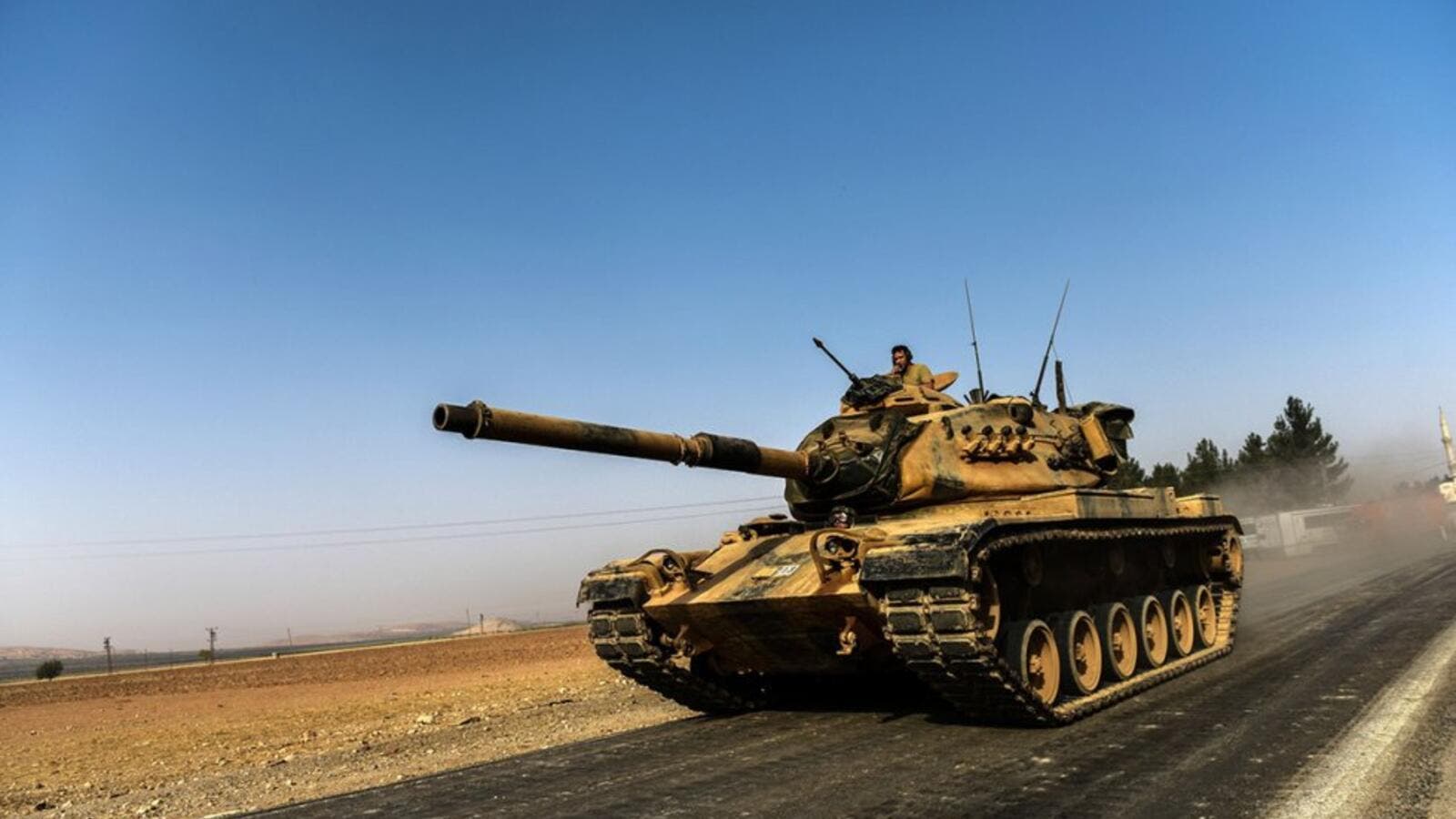 A Turkish army tank in the border city of Karkamis drives towards Syria. (AFP/Bulent Kilic)

At least nine more Turkish military tanks have entered northern Syria a day after Ankara began its first major US-backed incursion of its southern neighbor in what it called an anti-Daesh operation.

With the new deployment, there are now some 20 Turkish tanks inside Syria, Reuters quoted an unnamed Turkish official as saying on Thursday.

“We need construction machinery to open up roads ... and we may need more in the days ahead. We also have armored personnel carriers that could be used on the Syrian side. We may put them into service as needed,” the official said.

The so-called Operation Euphrates Shield, which kicked off on Wednesday morning, involves the Turkish air force and special ground forces.

Ankara says the offensive is aimed at ridding the border area of Daesh militants and Kurdish forces.

The Turkish military is supporting a ground offensive by hundreds of pro-Ankara militants in Syria, who managed to enter the Syrian border town of Jarabulus in a lightening advance after meeting little resistance from Daesh militants there.

The offensive was launched in coordination with the US-led military coalition purportedly fighting Daesh since 2014.

Speaking in an exclusive interview with private Haberturk television news network, Yildirim said it is necessary to purge Jarablus of PYD and YPG forces, noting that Ankara has received Washington’s green light during a meeting with US Vice President Joe Biden.

He underlined that the upcoming visit by President of Iraq’s Kurdistan Regional Government (KRG) Masoud Barzani to Turkey would not affect the timing of the operation.

Yildirim also said it is necessary to protect Syria’s territorial integrity, and that it would be disastrous if all ethnic groups wanted to establish their own state there.

“The situation would be worse than today if every single ethnic group established a state,” he said.

Biden stated on Wednesday that the US administration has made it clear to Kurdish forces in Syria that they must not cross the western bank of the Euphrates River.

“They cannot, will not and under no circumstances (will) get American support if they do not keep that commitment,” he commented

Biden highlighted that Kurdish forces must return to east of the Euphrates after seizing control of the Syrian town of Manbij in order to retain US support.

Ankara views the YPG as an extension of domestic militants of the Kurdistan Workers’ Party (PKK), who have fought a three-decade insurgency on its own soil.

Analysts say Turkey is using the fight against Daesh as a cover for its real mission, which is purging Syrian border areas of Kurdish militants.