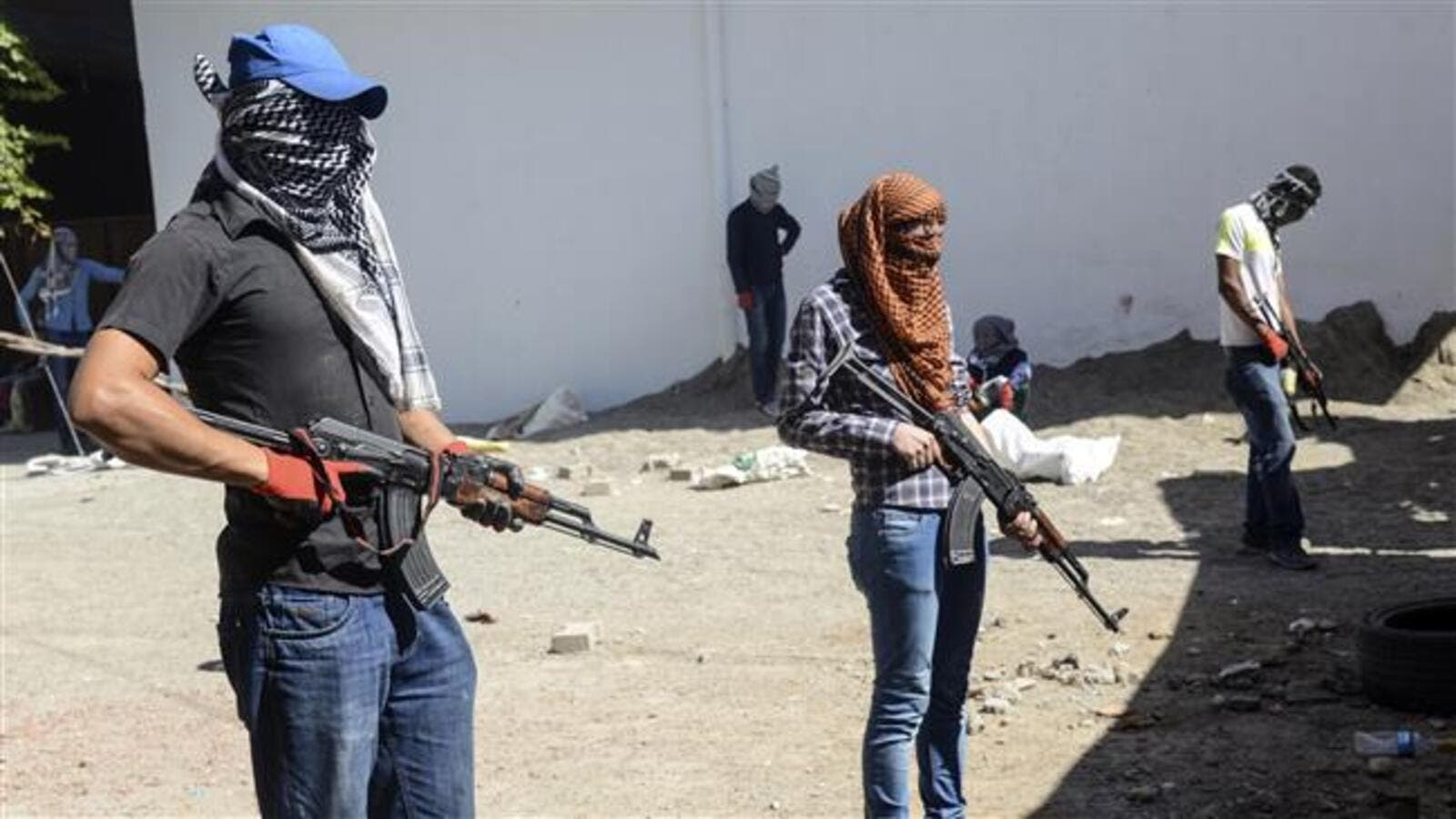 PKK militants stand behind a barricade during clashes with Turkish forces in Diyarbakir province September 28, 2015. (AFP/File)

A total of 180 PKK militants have been killed in operations in southeastern Turkey since Dec. 15, Turkish General Staff announced Friday.

Military sources speaking to Anadolu Agency on condition of anonymity said there was an additional death toll of 25 within the same period.

The organization suffered casualties in the southeastern provinces of Sirnak, Diyarbakir, Mardin and Bitlis, where operations continue.

A total of 139 PKK militants have been killed in Cizre district of Sirnak province, and 33 in Sur district of Diyarbakir province.

The PKK -- considered a terrorist organization also by the US and the EU -- resumed its armed campaign in late July.  Since then, more than 200 members of the security forces and over 1,700 PKK fighters have been killed.