The Lebanese Economic Crisis is Caused by Corruption, Lack of Governance

Published July 9th, 2021 - 05:16 GMT
The protests also came as power cuts resulting from fuel shortages caused disruptions at a main Beirut hospital and at a security force headquarters in the capital, according to local media reports. JOSEPH EID / AFP
Highlights
International assistance can only effect change if the people of Lebanon seize the opportunity, warns the UN’s special coordinator

The severity of the economic and financial crisis in Lebanon is the result of “a lack of any policy action whatsoever by those who are responsible for taking policy action,” according to Kumar Jha, regional director of the Mashreq department at the World Bank Group. 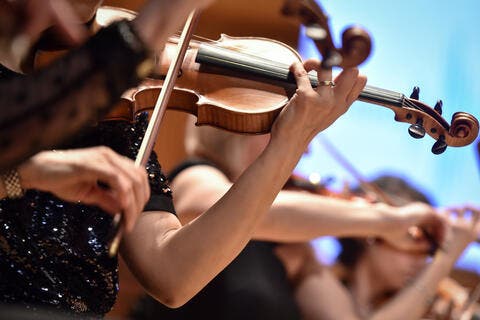 In June the World Bank published a report titled “Lebanon Sinking to the Top 3,” in which it ranked the Lebanese crisis in “the top 10, possibly top 3,” most-severe global crises since 1850.

“Crisis does impact many countries but if there is adequate response to the crisis in terms of mitigation, prevention, preparedness and taking the economy on a forward path, we can face (those) challenges,” said Jha. He lamented the “sheer lack of governance, and corruption in every sector” in Lebanon.

As we brave the storm of the worst social economic crisis #Lebanon has witnessed, the National Lifeline 1564 has been down for hours due to power shortages at @OgeroTelecom When the state breaks down, peoples lives will be at risk. We are doing our best to be back in service soon pic.twitter.com/8N0p2kfWOt

He was speaking at the UN High Level Political Forum on the progress of the implementation of the Sustainable Development Goals (SDGs). Set by the UN in 2015, with the aim of achieving them by 2030, the 17 global goals were designed as a “blueprint to achieve a better and more sustainable future for all.”

During a discussion of SDG 16 — which relates to peace, justice and strong institutions — Jha said that the World Bank warned of the economic depression in Lebanon more than seven months ago but “there has been no response pretty much since then, and as a result you will continue to see Lebanon sinking.”

He added: “The situation in Lebanon is purely self-inflicted; it is man-made.”

Of all the crises afflicting the country, Jha in particular highlighted the “very serious learning crisis.” He said Lebanese children participating in international assessment tests are “not doing well at all. They are pretty much at the bottom of the Arab region now, compared with a time when Lebanon was at the top.”

This human dimension to the crisis is compounded by extreme levels of poverty, unemployment and deprivation. “Lebanon has never seen this level of destitution,” Jha added.

The nation is facing multiple crises: in addition to the financial and economic collapse, it is struggling with the effects of the COVID-19 pandemic and still reeling from the devastating explosion at Beirut’s port on Aug. 4 last year.

Nearly a year after the blast — which claimed more than 200 lives, injured more than 6,000 and left many more homeless, and cost the country up to $4.5 billion in damages — experts from the UN and the World Bank discussed the prospects for the country.

Joanna Wronecka, the UN’s special coordinator for Lebanon, highlighted the international assistance that is being provided, from the establishment of the International Support Group for Lebanon in 2013 to the ongoing Crisis Response Plan in cooperation with the UN, EU and the World Bank.

But she said the ability of international help to effect change ultimately depends on the people of Lebanon seizing the opportunity.

“When you have friends, opportunities should not be wasted,” Wronecka said. She called on the Lebanese authorities to immediately activate structural reforms, reiterating that “a new government should be formed but putting the people of Lebanon first is a top priority.”

Another high priority is the protection of the vulnerable, including the sick, the elderly and children, she added.

The session’s moderator, Nadim Ladki, editor-in-chief of the Lebanese Daily Star newspaper, said that not even during the prolonged Lebanese Civil War had there been such a level of despair and hopelessness as exists now.

A new, “inclusive” vision for the future of Lebanon that enshrines a culture of accountability could offer renewed hope to the Lebanese, Wronecka suggested.

Turning to specific reforms, Jha said it would be unfair to produce a long list of reforms and expect them all to be implemented at once.

The electricity sector accounts for a large portion of the Lebanese debt.

“This will help solve fiscal issues, attract new investment, and there are ways to do it,” Jha added. “You can go big time on solar and wind, you can go big on renewable energy, you can clean up the sector, focus on governance, an independent regulator, a much more commercially viable utility, and bring more of the private sector into generation, distribution and transmission.

“This is all doable. Lebanese themselves have produced these reform papers many times over the past 30 years.

The French and US envoys to Lebanon are to visit Saudi Arabia, France’s embassy confirms, an unusual move amid international pressure to lift Lebanon out of a roiling political and economic crisis.https://t.co/nEaiTGChL0

“I am picking one sector because that sector has the greatest multiplier effect, in terms of addressing the fiscal deficit, reducing the total debt … and helping create jobs in the economy by attracting new investment.

He concluded with a message to Lebanese political groups and stakeholders: “Let’s agree on a national dialogue. Let’s work in the next 12 months on the electricity sector and fix it.

We can look at other issues later. 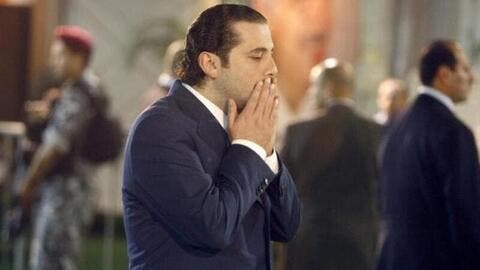 Hariri and The ‘Twists’ of Lebanese Politics

“And we are more than happy to provide any support needed. We have said that so many times — but we got to address this immediately.”

The World Bank’s efforts in Lebanon currently target the health sector and its response to the pandemic, education, support for small businesses, and an emergency social program that provides monthly cash transfers in dollars for extremely poor households.