Published August 1st, 2021 - 07:08 GMT
A Lebanese child, Zahra Tleis, died on Friday due to medicine shortages. (Twitter)
Highlights
Girl, 9, stung by scorpion, dies as vital medicines can only be found on black market at exorbitant prices

A 9-year-old Zahra Tleis, died on Friday, after being stung by a scorpion, and her family being unable to find an antidote to treat her, due to medicine shortages Lebanon is facing. 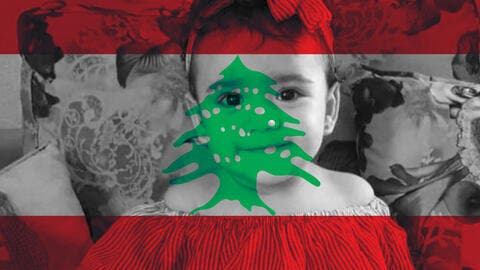 Some vital medicines can only now be found on the black market, but are sold at exorbitant prices.

The head of the National Health Authority, Ismail Sukkarieh, revealed to Arab News that even treatments for dog bites were missing from shelves.

“Such injections should be be available in large quantities in hospitals, and especially governmental hospitals, but have gone missing due to negligence and the medicine crisis.”

Sukkariyeh said the Lebanese people “are paying the price for the irresponsibility of officials and the accumulation of ill-conceived, corrupt and scandalous policies.” He warned that the country will completely collapse if the situation persists.

Lebanon has been facing an economic collapse since 2019, described by the World Bank as “one of the world’s worst crises since the 1850s.” More than half of the population now lives under the poverty line as the local currency, the lira, has lost over 90 percent of its value against the US dollar.

With the depletion of foreign currency reserves at the Lebanese central bank, the Banque du Liban (BDL) and delays in opening lines of credits for imports, the health sector has been facing increasing pressure and fuel shortages.

The country’s electricity company, Electricité du Liban (EDL) has also been unable to provide power due to fuel shortages, and some regions have had to ration electricity for 22 hours a day. Owners of private generators have also been affected by the diesel and fuel crisis, and have resorted to rationing as well.

On Friday the BDL said it sold $293 million in July, in addition to approvals to sell $415 million to import gasoline and diesel and $120 million to import fuel for EDL, bringing the total number to $828 million.

The BDL said in a statement that “despite all the support it (the bank) has provided and its determination to preserve social security, the Lebanese are still facing shortages in diesel.

It added that importers of medicine and medical supplies in Lebanon required BDL “to pay all outstanding payments for import companies.” It considered that “frivolous measures have led to the partial or total suspension of imports of 75 percent of companies.”

EDL warned “of the possibility of entering the danger zone and a total interruption of electricity, if the situation persisted.”

Economist Louis Hobeika told Arab News that “there is political and economic pressure on BDL to use the mandatory reserves. But this matter requires a constitutional amendment and such ‘sin’ shall not be committed twice.”

Hobeika recalled what Caretaker Prime Minister Hassan Diab said in May that “the bank’s reserves in 2002 were drawn down to less than a billion dollars.”

Hobeika said that “removing subsidies would end the smuggling, but prices would increase a lot. A ration card was supposed to be issued as an alternative. What happened to this card? With the absence of a future economic vision, messing with the mandatory reserves can have a great risk on the fate of banks and deposits.”

He said that “the political and economic (Lebanese) mafias are stronger than the state; they fear no one, and Lebanese society is divided and fragmented and therefore, does not scare the mafias.”

Meanwhile, political leaders in Lebanon have congratulated the military ahead of Lebanese Army Day, which is celebrated every year on August 1.

President Michel Aoun said “the international community’s determination and commitment to support the Lebanese army reflects its confidence in the army’s role in protecting Lebanon and its constitutional institutions.”

The army on Saturday carried out a raid on a drug factory in Hortaala, Bekaa. 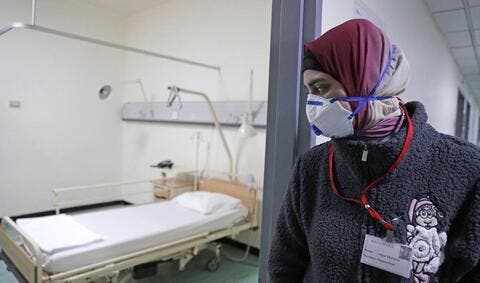 Lebanon Runs Out of Imported Medicines Because of Chronic Economy

The army command announced that “a soldier was wounded during the raid, and a wanted man that had multiple warrants for his arrest, including robbing citizens, kidnapping, stealing cars, drug dealing, drug use and (firearms charges) was killed. Several other fugitives were arrested.”

Lebanese Army Commander Gen. Joseph Aoun urged soldiers “not to allow anyone to take advantage of the poor living conditions to make you doubt your belief in your country and institution.”