Lebanese Protest The Suspension of The Beirut Blast Probe

Published September 30th, 2021 - 07:17 GMT
Tarek Bitar, The judge leading the probe into Lebanon's deadliest peacetime disaster, had to suspend his work on September 27 after what the victims' families and human rights groups said was another blatant case of political obstruction. (Photo by Anwar AMRO / AFP)
Highlights
Lawmaker wants judge’s dismissal from case

Relatives of people killed in Beirut blast have rallied on Wednesday against a decision to suspend the probe. 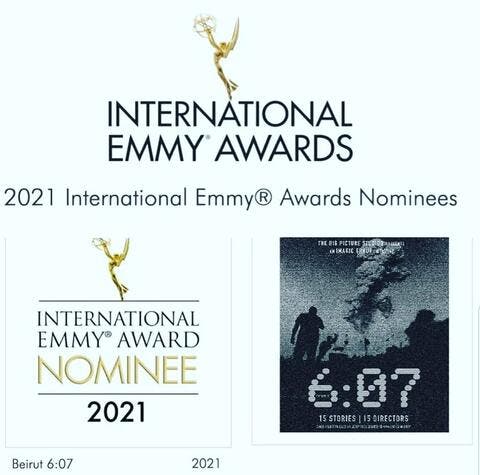 'Beirut 6:07' Will be Competing For International Emmy Award

The blast killed more than 200 people, wounded thousands and devastated the capital.

Tarek Bitar, the judge leading the investigation, had to suspend his work on Monday after what the families and human rights groups said was another blatant case of political obstruction.

Carrying portraits of their loved ones and placards calling for justice, the protesters voiced their support for Bitar, whose summons targeting senior officials have made him a target for threats and criticism.

MP Nohad Machnouk, who is a former interior minister, has demanded Bitar’s dismissal from the case.

He filed an appeal against the judge last week. Machnouk is one of the top officials suspected of negligence, a charge brought by Bitar.

Bitar suspended his investigation and all procedures related to the case, pending a decision by the Beirut Appeals Court to accept or reject the appeal filed by Machnouk.

The sobbing protesters demanded to know who killed their children.

One mother told Arab News: “I hope that they will not turn us into criminals who will pursue the perpetrators. We are not outlaws. We want the truth from the judiciary, so let Judge Bitar do his work because we trust him. Do not drive us toward taking matters into our own hands.”

A group of lawyers entered the Palace of Justice and hung a giant banner from a balcony overlooking the lobby.

It featured pictures of the blast victims and the words: “Don't kill them twice.”

Other banner slogans read: “Last chance for justice in the country,” “Lebanon is a hostage and besieged,” and “We will not forget.”

Others were more political in nature, such as “Iran out” and “Yes to neutrality and yes to an international conference for Lebanon.”

Protesters were surrounded by security forces, but they were joined by activists from civil society, human rights, social and humanitarian organizations, including doctors, engineers and university students.

They condemned “abnormal practices, pressures and blatant threats by the parties in power.”

They demanded “international protection" for Lebanon because it was “besieged by the authority and corrupt politicians who destroyed and stole from Lebanon and are still in power and are now protecting each other.”

They said there was “no hope for saving Lebanon from corruption, crime and theft in light of this ruling system and the Lebanese people are slipping from bad to worse.”

There is a Thursday midday deadline for Bitar to express his opinion on Machnouk’s case and report it to the court.

President Michel Aoun tweeted that any conviction or acquittal was determined by the final court ruling, not by the investigation.

“Investigation is not the judiciary,” he said. “If the investigation erred, there are three phases for correction: Beginning, appeal and cassation. Hence, investigations must continue so that the guilty are convicted, and the innocent are acquitted.”

A statement from the families was read out in front of the Palace of Justice. It criticized Hezbollah’s threat to Bitar.

“This case brought us together and the main suspect is the one who threatens the judge inside the Palace of Justice,” it said.

On Wednesday, the French Foreign Ministry expressed its regret about the probe’s suspension.

“The Lebanese people have the right to know the truth regarding the Beirut Port explosion and the Lebanese judiciary must work with complete transparency,” it said.

The UN Security Council has stressed the necessity for Lebanese authorities to conduct “a prompt, independent, impartial, thorough and transparent investigation into the explosion that shook the port in August 2020.”