In anticipation of US Envoy for Energy Affairs Amos Hochstein’s expected visit to Lebanon next week to discuss maritime border demarcation, Lebanon sent a letter to the UN “to shift negotiations on the southern maritime border from Line 23 to Line 29, while retaining the right to amend Decree No. 6433 in the event of reluctance and failure to reach a fair solution.” 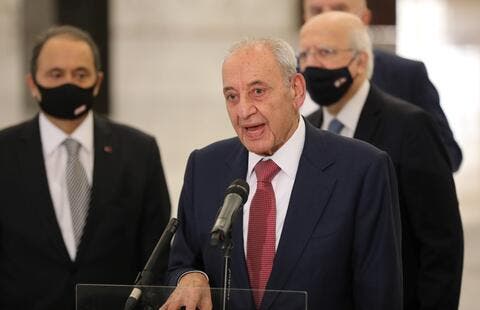 US Envoy to Visit Lebanon For Border Demarcation with Israel

In this letter, Lebanon does not abide by the “oil field in exchange for an oil field” negotiation principle, i.e. the Qana field in favor of Lebanon versus the Karish field for Israel. Rather, it includes a clear indication that the Karish field “is a disputed area, and Israel cannot continue its exploration operations nor begin extraction operations.”

Lebanon’s letter stresses that “the Israeli action in that disputed area endangers international peace and security.”

This development is considered an escalation by Lebanon to speed up indirect negotiations with Israel, which are being handled by the US under UN auspices.

The letter, addressed under the guidance of President Michel Aoun to the president of the Security Council on Jan. 28 and whose contents were just made public, stipulates that Lebanon adheres to its right to an area of 2,290 square km and not 860 square km only.

A political observer told Arab News that Aoun had sent the letter to the government but did not receive a response approving or objecting to it.

“The letter included a veiled threat aimed at accelerating negotiations and making achievements before Aoun’s mandate ends, and perhaps opening closed political doors for his son-in-law, MP Gebran Bassil, to recommend him as his successor,” the observer said.

The letter read: “Out of respect for the principle of the ‘negotiating path’ that was not reached after the indirect negotiations, one cannot claim that there is a proven Israeli exclusive economic zone, contrary to what the Israeli side claimed regarding the so-called Karish field.”

Maroun Al-Khawli, national coordinator of the Lebanese Coalition for Good Governance in Extractive Industries, said: “The letter…will constitute an impetus for negotiations between Lebanon and Israel and will speed up the process of reaching a final agreement.

“Shifting the negotiation from Line 23 to Line 29 aims to obstruct Israel’s ambition to seize the disputed area, including the Karish field, and start drilling operations, taking advantage of the absence of a Lebanese sovereign decision on this area because its oil interests and exploration contracts are ready in the disputed area.”

Al-Khawli added: “There is a general consensus among the various parties inside and outside the ruling authority on the necessity of keeping internal conflicts away from the negotiations with Israel and placing this issue above all political, partisan or personal considerations.”

"For how long the decline in daily-living conditions?" tweets Pakradounian
Lebanon Hezbollah bloc says committed to National Accord Document
Lebanese letter to UN raises pressure on Israel to demarcate maritime bordershttps://t.co/xILanJr56C via @phoeniciaelias

In late December 2021, Israel’s Ambassador to the UN Gilad Erdan submitted an objection to UN Secretary-General Antonio Guterres regarding “Lebanon opening the second licensing round for oil and gas exploration in offshore waters, which was announced by Energy Minister Walid Fayad in November 2021 and extends to 860 square km of a disputed area.”

The Lebanese letter further underlined that Lebanon “still relies on the success of the mediation efforts carried out by the US mediator, and stresses its commitment to reaching a negotiated solution to the maritime borders, under UN auspices, which means resuming negotiations from where they were left off, regardless of any preconditions except compliance with laws. In this context, we reiterate that Lebanon has not taken any additional steps out of respect to the mediation principle.”

Hochstein’s visit to Lebanon was postponed on several occasions until the Lebanese parties agreed “to proceed with the cards they were dealt.”

Lebanon and Israel are officially still at war, and there is no demarcation of land or sea borders between the two countries. The UN had drawn what is known as the Blue Line to replace the land border, which includes several disputed areas.

Lebanon has shown some inconsistency in demarcating its maritime borders, as it drew a border from Ras Al-Naqoura to Line 23 and brought it to the notice of the UN in 2011. However, Lebanon later said this was based on wrong estimates, and the correct one was Line 29.

Lebanon demanded during the negotiation sessions an additional area of 1,430 square km that includes part of the Israeli Karish gas field in which the Greek Energean PLC operates. 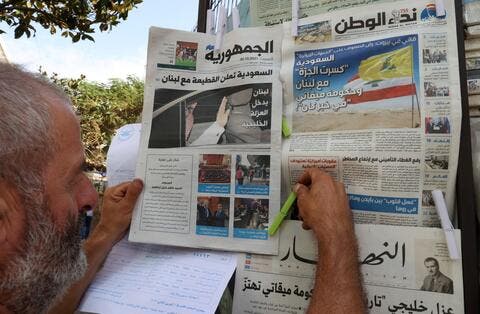 However, the Lebanese request to amend the maritime border has not yet been sent to the UN because Decree No. 6433, which extends the border to Line 29, was not amended, as the Cabinet is yet to approve the amendment before referring it to Parliament.

Israel had accused Lebanon of changing its stance on the demarcation of the maritime borders during the previous round of negotiations.