Published May 18th, 2021 - 07:05 GMT
France's President Emmanuel Macron (L) flanked by his wife Brigitte Macron (R) looks on as he welcomes heads of state and officials for a dinner at the Elysee Presidential Palace in Paris, on May 17, 2021. Ludovic MARIN / AFP
Highlights
Bassam Rady said that Paris was a strategic partner for Cairo due to the huge investments it had made, adding there were 160 major French companies operating in all fields in Egypt 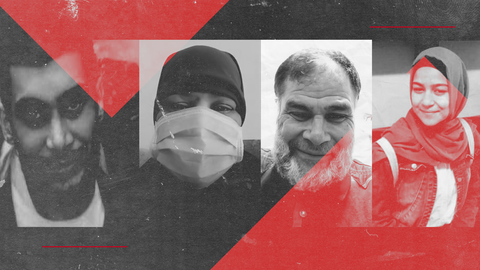 Bassam Rady, the official spokesman for the Egyptian presidency, said the meeting touched on events in Palestine and also the Renaissance Dam issue.

Egypt fears the dam, which Ethiopia began building in 2011, will threaten its water supply from the Nile, while Sudan is concerned about the dam’s safety and its own water flow.

El-Sisi affirmed Egypt’s adherence to its water rights by reaching a fair and binding legal agreement guaranteeing clear rules for filling and operating the dam. He insisted that Egypt would not accept a decision that harmed its water interests.

Rady said that Paris was a strategic partner for Cairo due to the huge investments it had made, adding there were 160 major French companies operating in all fields in Egypt.

He said the two men had an in-depth discussion on bilateral relations and how to enhance, support and push forward new prospects.

Their meeting also touched on issues of mutual interest in the region, especially after the recent escalation in the Palestinian territories, said the spokesman.

El-Sisi was in France for a conference supporting the transitional phase in Sudan.

The event aimed to shed light on the economic reforms undertaken by the government of Sudan.

A statement from the Egyptian presidency said El-Sisi’s participation was at Macron’s invitation in light of increasingly close bilateral relations and reflected Egypt’s role in supporting the transitional phase in Sudan at a regional and international level.

Sudanese Prime Minister Abdullah Hamdok and the chairman of Sudan’s Transitional Sovereignty Council and commander of the Sudan Armed Forces Abdel Fattah El-Burhan were at the conference. They were accompanied by a delegation of 31 Sudanese government officials. 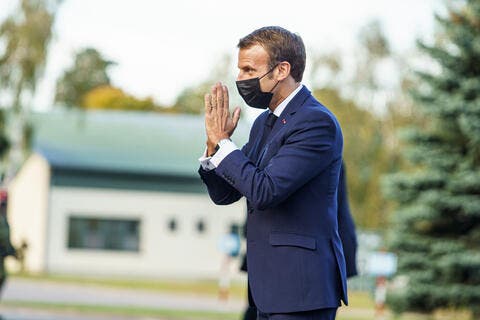 Other countries, representatives from the UN and EU, businessmen and Arab and African organizations also took part in the conference.

There were 15 African presidents and senior representatives from international financing institutions in attendance, including the African Development Bank, the International Monetary Fund, the European Investment Bank and the European Bank for Reconstruction and Development.