Macron to Visit US in Heat of Iran Nuclear Deal Pressure 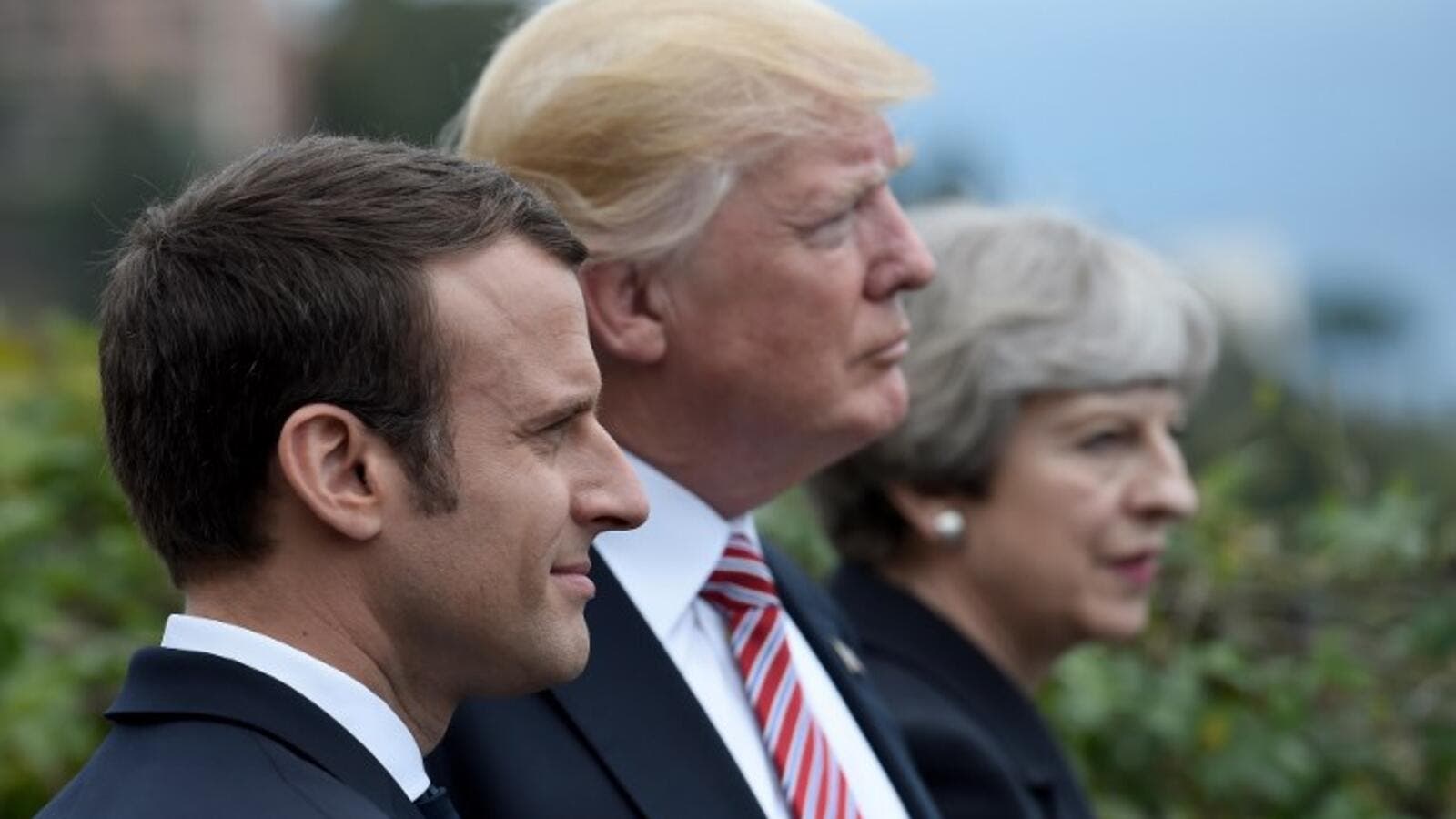 As French President Emmanuel Macron plans his first visit to the Trump White House next week, a number of European leaders are pressuring the United States not to withdrawal from the 2015 Iran nuclear deal.

The French leader is expected to arrive in the United States on Monday, four days before German Chancellor Angela Merkel's planned visit to the White House. Both are expected to try to persuade President Donald Trump to keep to stay in the Joint Comprehensive Plan of Action pact, which limits Iran's nuclear program in exchange for sanctions relief.

In addition to the United States, France, Germany and Iran, Britain, China, Russia and the European Union signed onto the deal.

Officials in Britain, France and Germany have been involved in talks with their U.S. counterparts over Trump's plan to pull out of the deal May 12, said Robert Wood, a U.S. disarmament ambassador. Meetings have been held in Washington this month, and others in London, Paris and Berlin in January.

"These issues have to be dealt with. We are hopeful that an agreement can be reached that the president can feel comfortable with," he told reporters in Geneva.

In January, Trump said he was extending sanctions relief to Iran for the last time.

The JCPOA "gave Iran far too much in exchange for far too little. The enormous financial windfall the Iranian regime received because of the deal -- access to more than $100 billion, including $1.8 billion in cash -- has not been used to better the lives of the Iranian people," Trump said in January.

"Instead, it has served as a slush fund for weapons, terror, and oppression, and to further line the pockets of corrupt regime leaders. The Iranian people know this, which is one reason why so many have taken to the streets to express their outrage."

Macron and Merkel likely will try to assuage Trump's concerns during face-to-face meetings with him next week. Trump has said he wants the pact's signatories to address three areas of concern: restrictions that expire after 10 and 15 years, Iran's ballistic missile program and the extent of international nuclear inspections.

"We hope this state visit will advance things in the right direction," an aide to Macron said, according to The Wall Street Journal. "The question is how do we present recommendations that are strong enough" to reassure Trump.

Iranian Foreign Minister Javad Zarif, meanwhile, is planning a six-day trip to New York City to speak before the United Nations and exhibit his country's compliance with the JCPOA.

A senior administration official told reporters Friday that on Monday, Macron was scheduled to tour Mount Vernon before a dinner with the president and first lady Melania Trump. On Tuesday, the two leaders were expected to have a one-on-one meeting before an expanded working bilateral meeting, a joint news conference and Trump's first state dinner. On Wednesday, Macron is scheduled to address a joint session of Congress.