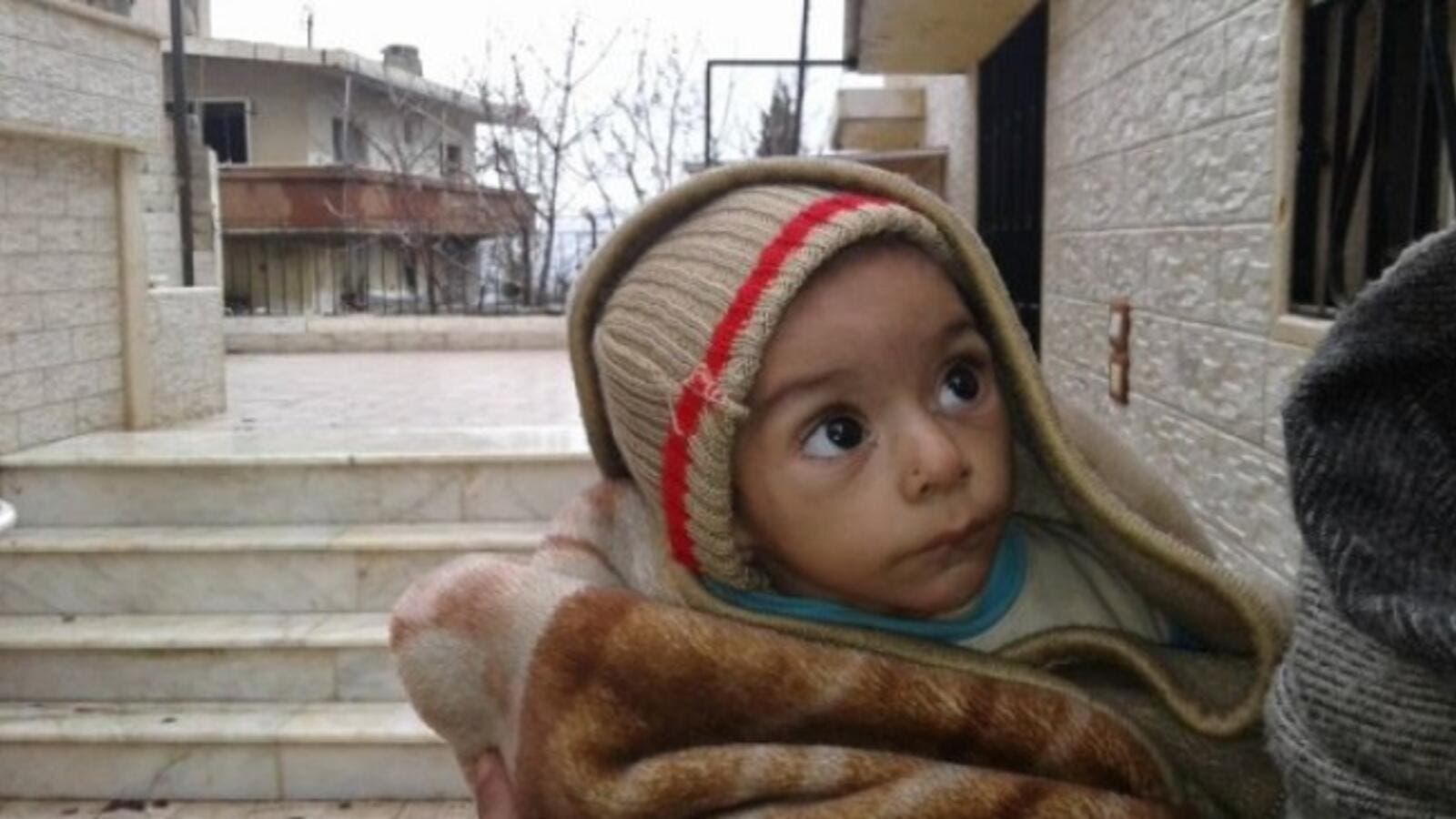 The Syrian regime denies any deaths have occurred in Madaya, but viral photos are telling another story. (Twitter)

A small mountainous town located approximately 25km northwest of Damascus, Madaya was once a favourite summer resort for residents of the Syrian capital, who went shopping there for smuggled items from neighbouring Lebanon back in the 1980s. Of late, the city has made global headlines, not for its electronics and sport items, but for a haunting siege on its 40,000 residents since last July. Both the government and its opponents have been rushing to post online photos of the victims, trading accusations about who is responsible for the systematic starvation campaign. The opposition, whose activists are more active and social media savvy, insist that it is the Syrian Army and its Lebanese ally, Hezbollah, while government media insists otherwise.

Photos of the starving, along with syndicated stories of Madaya residents eating rats, tree leaves, and cats to stay alive have been making internet rounds. Ammar Ghanem, a Syrian-American doctor who grew up in Madaya and who remains in touch with family members there, recently told the press, “Lately, people are going after cats and dogs to catch them and eat them.”

Another viral photo is that of a man who put his car up for sale in exchange for some food, but got no bidder.

He has since died of hunger in Madaya. Some activists have asked the US to drop aid from the skies, as it once did in Bosnia.

The state media says that tens of trucks carrying food and medical equipment were delivered to Madaya on October 18, in an operation carried out by the United Nations, International Red Cross, and Syrian Arab Red Crescent.

The food supply was stolen, they claim, by about 600 armed militants — 60 per cent members of the Saudi-backed Ahrar Al Sham, 30 per cent the Al Qaida-affiliated Jabhat Al Nusra and 10 per cent of the Free Syrian Army — in Madaya.

Regime media says these groups control the supply lines of Madaya and are selling the goods at inflated prices to whoever still has money to pay, while everybody else is dying of starvation.

The cost of milk, for example, has skyrocketed to $300/kilo (Dh1,101/kg) while 1kg of crushed wheat is tagged at $250. Regime media doesn’t deny the siege itself, but claim that was imposed last year when Islamist militants used the city to launch attacks on the Syrian Army and Hezbollah in the summer resort town of Zabadani, near the capital of Damascus.

It denies any deaths in Madaya.

All civilian attempts at leaving Madaya have been cut short by the militants who are using them as “human shields,” said pro-government accounts on Twitter and Facebook.

The tug-of-war between both Syrian camps is still under way, tilting strongly in favour of the Syrian Opposition argument.

The Wikipedia entry for Madaya, for example, says that the town “has allegedly been besieged” by Bashar Al Assad’s troops.

On January 7, Wikipedia quoted activists saying that videos have shown “opposition militants blocking food from entering the town rather than government forces.” By January 8, that entry had been promptly deleted by opposition activists on Wikipedia, who launched a #SaveMadaya Campaign on Facebook and Twitter.

On January 7, the Syrian Government agreed to allow new aid into Madaya, said the UN’s World Food Programme (WFP). The truckloads of food could start arriving by January 11.

According to the UN, the 40,000 besieged residents of Madaya are no different from another 4.5 million Syrians who live in fifteen “hard-to-reach” locations and “who do not have access to the life-saving aid they urgently need.”