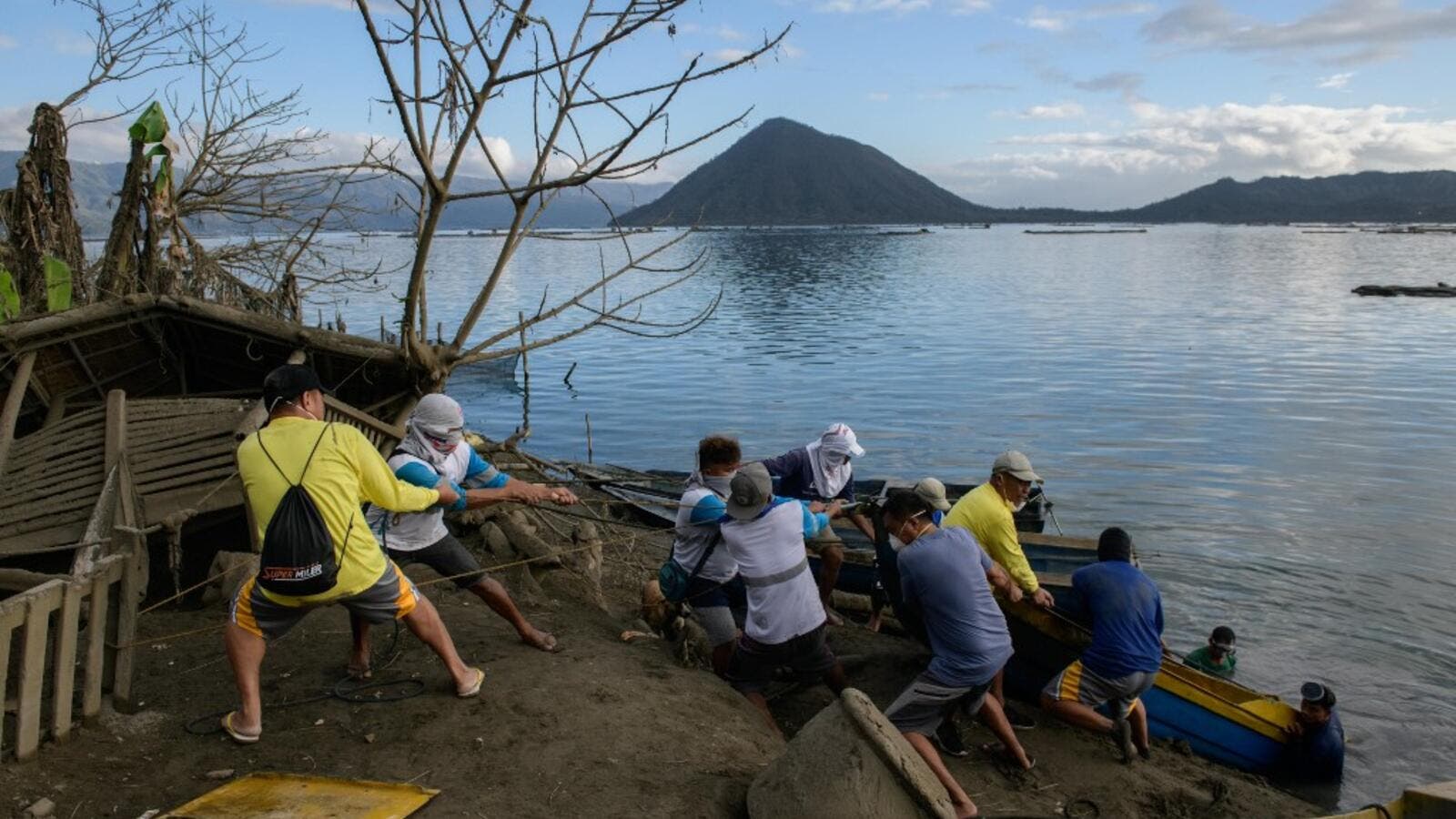 A group of fishermen haul a boat from the water as they make repairs to their operations affected by the eruption of the Taal volcano, in Buso Buso on January 20, 2020. Ed JONES / AFP
Highlights
Authorities declared state of calamity in Batangas, Cavite provinces, local media report.

The Taal Volcano, one of the Philippines’ most active volcanoes, has affected more than 50,000 people, local media reported on Monday.

A total of 50,599 families or 203,763 people in three provinces have so far been affected by the eruption of Taal Volcano, according to the state-run Philippine News Agency (PNA).

The people affected from the volcano are from Batangas, Cavite, and Laguna provinces, the news agency said.

Citing the National Disaster Risk Reduction and Management Council (NDRRMC), it said about 26,767 families or 104,377 individuals have been shifted to 408 evacuation centers that were established by local authorities.

Meanwhile, the authorities have declared a state of calamity in the affected provinces of Batangas and Cavite as the residents are still fleeing the region amid a continuing threat of the hazardous eruption of Taal Volcano.