Moroccans start to chip away at their king's medieval-style powers 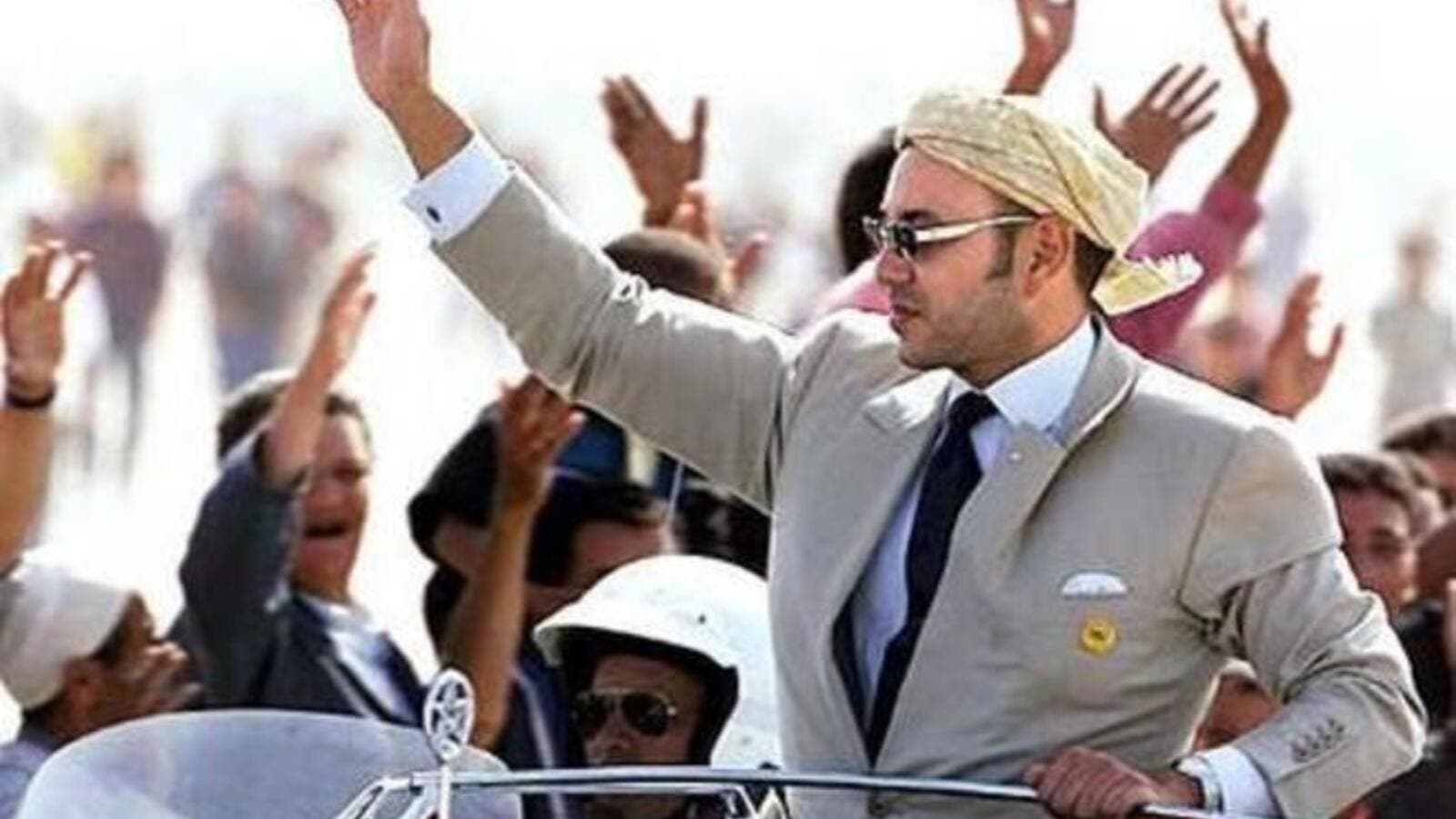 On the anniversary of his coronation – in what is known in Morocco as Throne Day or Fête du Trône – the Moroccan king, Mohammed VI, upholds a decades old ritual by riding through the palace gates on a horse.

The purpose of this traditional ceremony is to ask notables, MPs, senior state officials and army officers to renew their pledge of allegiance by bending before the king three times in a near-kneeling position. Everyone is dressed in white traditional Moroccan attire, a sign of obedience and loyalty.

This ritual that marks the Allegiance Ceremony no longer receives the kind of unanimity that had previously been imposed through fear and intimidation on a silent majority.

The opposition believes that this ceremony is degrading to Moroccans, while supporters argue that it preserves tradition.Many voices have emerged to demand the cancellation of this ceremony, or at least shortening its duration – as some advisors to the king, such as the Islamist prime minister, Abdelilah Benkirane, have suggested.

When he was in the opposition, Benkirane used to argue that these rituals are not in line with life in the 21st century. That was before he became prime minister and his party, with few exceptions, became a leading defender of these rituals.

The opposition believes that this ceremony is degrading to Moroccans, while supporters argue that it preserves tradition. The loyalists use this notion of Moroccan tradition to justify their defense of what they describe as “Moroccan singularity” or “Moroccan exceptionalism.”

Discussion of these rituals, which was almost a taboo in the past, has turned today into a public debate on social networking sites and a show of force in the street.

Moroccan youth, influenced by their Arab contemporaries in countries like Tunisia and Egypt, took to the streets raising the slogan “Long Live the People.” This is a direct challenge to the traditional official phrase that ends the kingdom’s motto with “Long Live the King.”

However, the majority of people in Morocco remain silent. Many among the elite, notables and senior state officials continue to rationalize the preservation of these rituals.

They say that they are part of the legacy of the royal institution which preserved the continuity of the Moroccan state and maintained its stability. Some, however, do not defend these rituals out of conviction, but in order to safeguard their interests.

After voices emerged calling for the cancellation of this ceremony, the demand was formalized for the first time in a popular petition titled “The Statement of Dignity.”

The statement was signed by political and media figures as well as human rights and civil society activists. They demanded the passing of a “resolution that puts an end to these rituals which contradict the values of citizenship and cause major damage to the reputation of the country.”

The response of the palace came from the official news agency through an article signed by the agency’s general director, who is appointed by the king. The general director argued that the “pledge of allegiance” represents “an opening unto modernity.”

Loyalists voices insisted that “the response of the Moroccan royalty is clear and unambiguous. Morocco will not concede anything to the voices calling for change that does not coincide with the real aspirations and interests of a nation that clings fast to its institutions.”

Suggesting that the opposition is only a small section of society they added, “Morocco will not concede to the dictates of a minority that seeks to impose its views on the majority.”

Before the article was published by the official news agency, the minister of religious endowments and Islamic affairs – who is appointed by the king – said that the pledge of allegiance to the king is similar to the al-Radwan Allegiance (a vow of loyalty to the Prophet Muhammad).

Indulging further in the analogy, the minister compared the large parasol that is held above the king’s head with the tree that the early Muslims shaded themselves under when they pledged allegiance to the Prophet Muhammad.

The essence of the matter is that there is a tyrannical regime that monopolizes basic powers, manipulates religion and controls all the wealth, irrespective of the cloak it wears.While most religious scholars and the scientific councils (official religious institutions) did not comment on this hyperbolic analogy, some religious scholars, like Ahmad al-Raisuni, suggested that “if a cartoonist had drawn this imaginary drawing, he might have ended up in prison.”

Raisuni is the former head of the Unification and Reform Movement, the ideological arm of the Islamist party that currently leads the government.

The strongest response to the endowments minister and the authorities that he represents and defends came from the Justice and Charity group, whose activities are banned even though the group itself is recognized.

In an editorial published on its website, the group described the pledge of allegiance as “humiliating,” adding: “The essence of the matter is that there is a tyrannical regime that monopolizes basic powers, manipulates religion and controls all the wealth, irrespective of the cloak it wears or the labels it assumes.”

Do you think the King in Morocco has too much power? Are these traditions outdated or are they still relevant? Tell us what you think below.