Myanmar Is Starving Rohingya Muslims Out of Their Villages: Reports 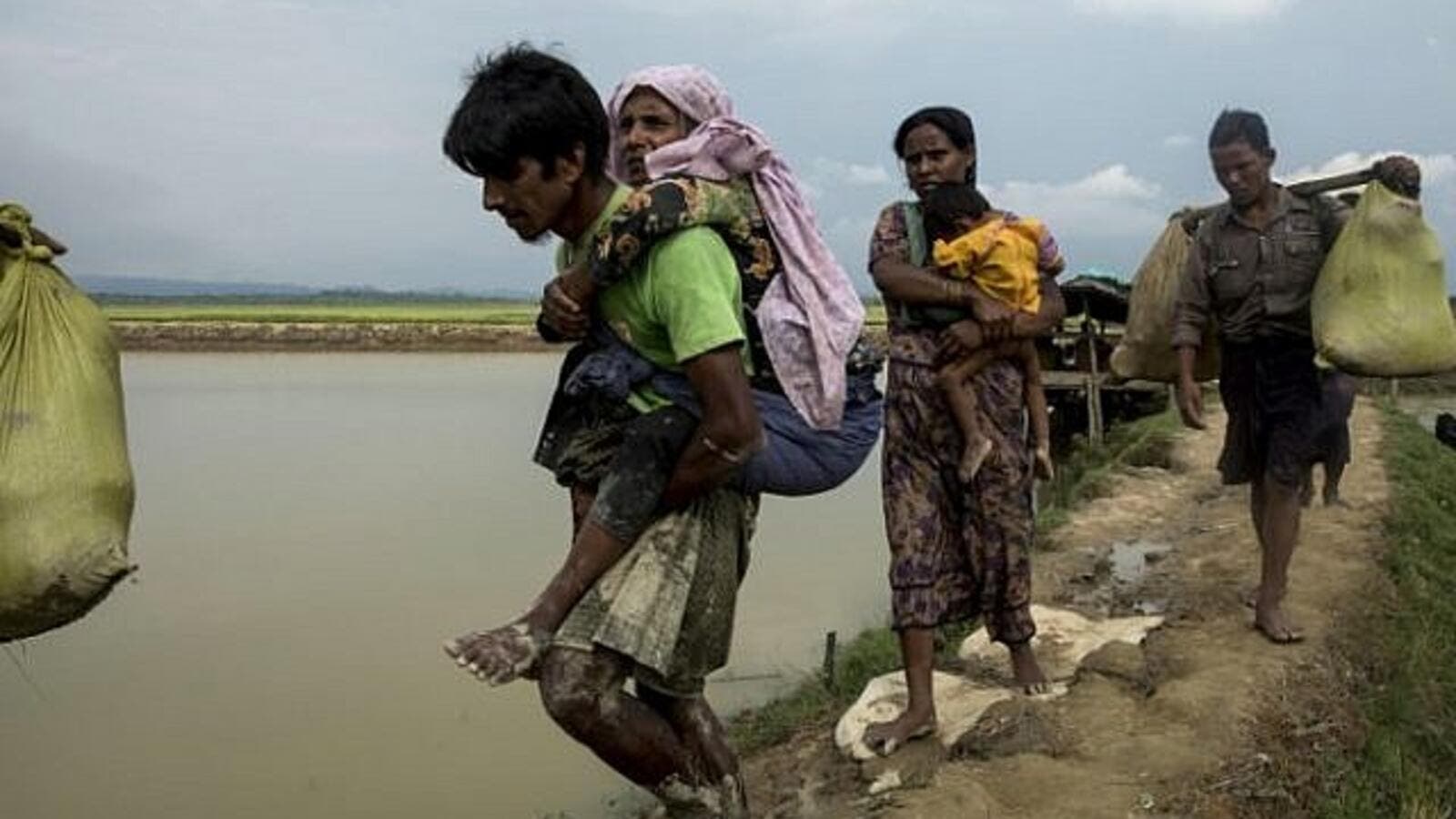 “We weren’t able to get food, that’s why we fled” (AFP/File)

The government in Myanmar is using food as a quiet weapon against minority Rohingya Muslims in the country’s troubled west, new reports reveal.

In an exclusive report released on Wednesday, the Associated Press cited Rohingya Muslims who have survived a deadly state-sponsored campaign of violence as recounting how food was used against them to drive them out of the western state of Rakhine, where they have lived for generations.

One Rohingya man, Abdul Goni, who has taken refuge in Bangladesh, said he had been stopped by the Myanmarese military from walking to the forest to collect firewood and sell it back when he was in Myanmar. He said his only cow was later taken away by Buddhist neighbors and seven soldiers. His uncle was later killed and was “strung... up on a wire” because he had tried to stop the theft of his buffaloes, he said.

Goni said other fellow Muslims were killed for trying to fish in a river.

An acute shortage of food ensued the restrictions.

“On bad days, they (Goni and his family) carved the flesh out of banana plant stalks for food. On the worst days, his children ate nothing,” the report said.

Goni said he then decided to take his family and flee.

“It was worse than a jail. People at least get food twice a day in jail…We were always surrounded, always under stress, always watched,” he said.

“Sometimes we stayed hungry for a day, two days, even five days,” Mohammad Ilyas, who is from Ah Nauk Pyin Village in Rakhine, told AP. “The Myanmar government doesn’t want a single Muslim to remain there. They want to erase us completely.”

The 55-year-old added that Myanmar’s military and his Buddhist neighbors had taken control of Rohingya rice paddies and rice stockpiles.

While restrictions on the freedom of movement and access to food have long been in place, they have been tightened dramatically in recent weeks, according to the AP report.

In another case, AP recounted the story of a 60-year-old farmer, Rashid Ahmed, who had been stopped from harvesting his rice fields by the Myanmarese military and robbed of his six buffaloes by his Buddhist neighbors.

“It would have been better if they had just shot us instead of starving us out,” Ahmed said. “What they did was slower; it was crueler. They left us to imagine the worst, to wake up every day and think about what would happen when there was no food at all.”

“We weren’t able to get food, that’s why we fled,” Dildar Begum, from a village near the town of Buthidaung in Rakhine State, told Amnesty.

The minority Muslims in Myanmar have faced horrific violence by the military and Buddhist mobs since late 2016. Accounts of killing, raping, amputating, and lynching all happening against the Muslims have sparked serious concern among most world countries and human rights organizations.

Amnesty said Myanmar, which has consistently denied the documented reports of violence, is now resorting to the new “quieter” weapon of food against the Rohingya.

“Instead of terrorizing the population through killings, rapes, and the widespread burning of Rohingya villages, security forces are today using mainly quieter and more subtle measures to squeeze people out by making life so intolerable that they have little option other than to leave,” Amnesty said.

The London-based organization said the food shortage had been caused in large part due to the violence perpetrated by Myanmar’s military forces, who are blocking Rohingyas from gaining access to their rice fields, markets and humanitarian aid.

“Deliberate actions by the Myanmar authorities... are in effect starving out many Rohingya who have tried to remain in their villages,” the group said.

The Food and Agriculture Organization (FAO) has also expressed alarm that that the lack of access to food and fuel is adding to hunger in Myanmar.

Backed by Myanmar’s government, the Myanmarese military and Buddhist extremists launched a heavy-handed crackdown against the Muslim minority in Rakhine State in late 2016. That campaign intensified in August 2017.

The crackdown has forced nearly 700,000 Rohingya Muslims to flee to neighboring Bangladesh, where they also face an inhospitable environment.

The government of Myanmar denies any atrocities have taken place, and insists that Rohingya are “illegal immigrants.”