Naftali Bennett, Israel's new prime minister, on Sunday warned that Israel's patience with the Palestinian militant group Hamas "has run out" in his first public statement since taking office. 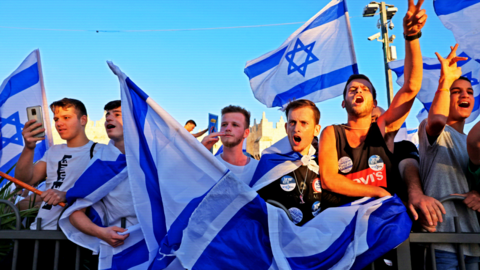 Bennett, speaking at an event commemorating those who died in the 2014 war in the Gaza Strip, pledged that his government would take a more aggressive approach regarding strikes against Palestine as Israel has deployed bombs in Gaza in response to incendiary balloons sent over the border twice in the week since the new government was put in place.

"Our enemies will get to know the rules: We will not tolerate violence and a slow drip [of rockets]," said Bennett. "Our patience has run out."

He also said that Palestinians must adapt to a new perception of "initiative, aggressiveness and innovation" from Israel.

"There is no intention to harm those who do not rise up to kill us, and we do not hate those who are held hostage by a cruel and violent terrorist organization," Bennett said.

The warning came a month after Israel, under former Prime Minister Benjamin Netanyahu's government, agreed to a cease-fire with Hamas, after 11 days of violence that left more than 240 Palestinians, including 63 children, and 12 Israelis dead.

Last week Israel said it struck military compounds in Gaza on both Tuesday and Thursday in response to incendiary balloons it said were launched from Palestine.

Bennett also subtly criticized Netanyahu's government as he pledged to "do everything we can" to return Israeli captives and the remains of soldiers from the 2014 war.

"I know you have heard many promises and disappointments over the years," he said. "But now it is our watch and we will act with determination."

Israel has bombed #Gaza since the cease-fire... yet

"June 20-Naftali Bennett, Israel's new prime minister, on Sunday warned that Israel's patience with the Palestinian militant group Hamas "has run out" in his first public statement since taking office."https://t.co/wd8zawN4oN 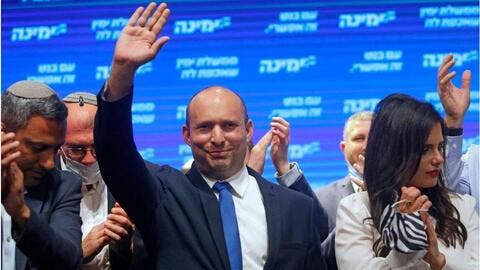 Netanyahu, who previously pledged to continue to pursue opposition to Bennett's government, on Saturday agreed to depart the prime minister's residence in Jerusalem on July 10.

Netanyahu also agreed not to hold official meetings in the residence after hosting former U.S. Ambassador the United Nations, Nikki Haley, and Pastor John Hagee, Christians United for Israel leader, the day after Bennett was sworn in.