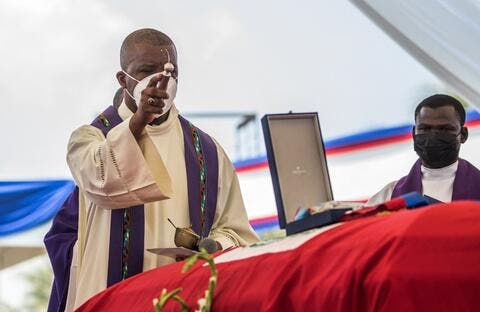 Henry, who was formally appointed as prime minister in a ceremony in the capital, Port-au-Prince, last week, made the remarks at his first news conference since taking office on Wednesday.

Venezuela presented evidence linking the Colombian mercenaries behind the murder of Haiti's President Jovenel Moïse to a 2018 assassination attempt on President Maduro.

"The mission of this government is to prepare the conditions to hold the elections as quickly as possible," Henry said, adding that he would be working to restore confidence in the government, and that there would be dialog with civil society and political leaders to reach consensus on how to move forward.

The discussions would focus on eliminating "all irritants" that could get in the way of holding elections, he said, without further elaboration.

Henry did not say when exactly the elections, previously scheduled for September, would be held. He also didn’t mention anything about holding a referendum on changing the constitution, which is seen as a potential stumbling block for elections.

He has already pledged to work to strengthen an economy wrecked by crime and the coronavirus pandemic.

Henry, a 71-year-old neurosurgeon, was named to the post by Moise days before his death, but was not then formally sworn in.

Moise’s assassination, which took place at his home in the early morning hours of July 7 by a hit squad with ties to the United States, opened up a political vacuum just as he and other civil leaders were preparing for elections and discussing revisions to Haiti's constitution.

The latest development comes as Haitian authorities are still investigating the murky motives for Moise's murder.

Meanwhile, the FBI is reportedly examining the materials and records that it has obtained while searching through two South Florida homes that are possibly connected to Moise's assassination.

FBI agents spent hours on Tuesday at a Weston mansion owned by Walter Veintemilla, who is the president of Florida-based financial services company Worldwide Capital Lending Group. The agents were seen taking a host of items away when executing the search warrant. Veintemilla has denied any involvement in the Haitian president's death.

Minister Wu signed the book of condolences for late President Jovenel Moise at the Embassy of Haiti. He conveyed his deepest sympathies to Amb. Penn on behalf of the government & people of Taiwan. May the country's firm friend & solid supporter rest in peace. pic.twitter.com/EVtYrM4810

Haitian police have said they are looking into Veintemilla and his company, which they claim funded the attack and is collecting money to give to the suspects arrested in connection to Moise's assassination.

A retired FBI agent, who lives in Haiti and helped organize the Haitian National Police force that is investigating the president's assassination, said the FBI has a lot to examine, including laptops, thumb drives, as well as cellphone and banking records.

"They are looking for evidence to links to individuals who were involved, presumably involved in this case, in this conspiracy to assassinate the President of Haiti," Dennis Pierce said. "They would be looking for knowledge on part of the subject of the search of the criminal intent of those to whom he was lending money or criminal intent on his own part."

The FBI and Miami-Dade Police were also seen at an apartment complex in West Miami-Dade, where residents said the search was connected to the assassination investigation. 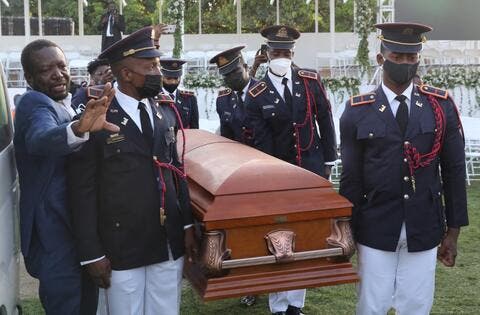 More than 20 suspects accused of direct involvement in Moise's assassination have been arrested so far, the majority of them former Colombian soldiers. Haitian authorities say the hit squad had been hired through the Florida-based security company CTU. Currently, three US citizens are under arrest for their involvement in the operation, according to Haitian authorities.

A recent report has also revealed that several of the suspects had ties to the US government, including serving as informants for the FBI. Meanwhile, the Pentagon has said suspects linked to the assassination of Moise have received American military training, The Washington Post reported.