After firing its largest-ever missile, North Korea is preparing to conduct a nuclear test, officials and analysts say, reviving a longstanding debate south of the border: should Seoul have nukes too? 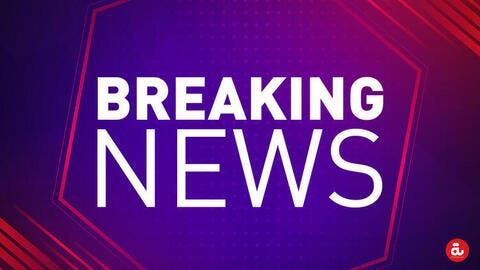 Pyongyang has conducted a blitz of sanctions-busting weapons tests this year, including launching an intercontinental ballistic missile (ICBM) at full range for the first time since 2017.

It was a dramatic return to long-range testing after a years-long pause while leader Kim Jong Un embarked on a round of failed diplomacy with then-U.S. president Donald Trump in 2018.

Renewed North Korean saber-rattling, coupled with the Russian invasion of Ukraine, has shifted the public mood in South Korea -- with growing demand for their own deterrent.

"Discussions on South Korea possibly pursuing its own nuclear capability have been circulating," said Soo Kim of the RAND Corporation.

"The nuclear option is likely to remain on the discussion table for Seoul's decision-makers. But this, of course, will have implications and reach beyond the Korean Peninsula."

The discussion on whether South Korea should pursue nuclear armaments extends beyond official circles, with a majority of citizens also appearing to support such a move.

Seventy-one percent of South Koreans now favor the country getting nuclear weapons, according to a research paper published in February by the U.S.-based Carnegie Endowment and the Chicago Council on Global Affairs.

North Korea has tested nuclear weapons six times since 2006 and touted the success of its last and most powerful one in 2017 -- a hydrogen bomb with an estimated yield of 250 kilotons.

As North Korea's ICBMs are still in development there is a "high risk of failure" each time, said Cha Du-hyeogn, a researcher at Seoul's Asan Institute for Policy Studies.

Last month, a North Korean missile exploded in the skies above Pyongyang.

Another test is likely soon, South Korean officials and the top U.S. envoy on North Korea say, as part of the celebrations for the 110th anniversary of the birth of founding leader Kim Il Sung on Friday.

Satellite imagery shows signs of new activity at a tunnel at the Punggye-ri testing site, which North Korea said was demolished in 2018 ahead of a Trump-Kim summit.

The Vienna-based Open Nuclear Network says it has spotted signs of excavation and increased activity, indicating North Korea may be preparing it for a nuclear weapon test.

Seoul ran a covert nuclear program in the 1970s, ending it up in return for security guarantees from the United States.

America stations 28,500 troops in South Korea to protect against its nuclear-armed neighbor, and has recently ramped up military displays, sending an aircraft carrier close by this week for the first time since 2017.

Many commentators see "too clear" parallels with Ukraine's fate: Kyiv gave up its large stock of USSR-era nukes, over which it never had operational control, in return for security guarantees.

"An actual war that we couldn't even imagine broke out and has heightened the importance of self-defense," said Park Won-gon, a professor of North Korean Studies at Seoul's Ewha University.

For its seventh nuclear test, North Korea will likely seek to miniaturize nuclear warheads to mount on its ICBMs aiming "to reach a point where no one can deny it is a de facto nuclear power," he said.

This could involve asking the United States to deploy tactical nuclear weapons to South Korea -- something analysts say U.S. President Joe Biden has not shown much interest in.

This would be "far less politically complicating, economically costly, and regionally destabilizing than nuclear proliferation," said Leif-Eric Easley, a professor at Ewha University.

But for many South Koreans, a U.S. security guarantee is no longer enough. 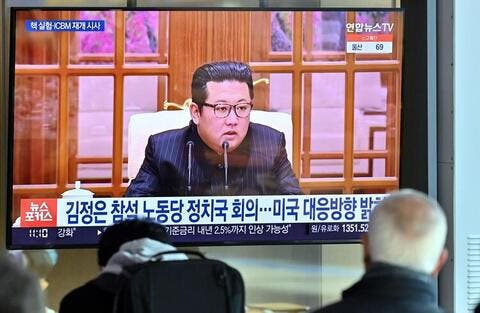 US: North Korea May Test Nuclear Weapon This April

While 56 percent of South Koreans support allowing the United States' nuclear weapons in the country, the polled group "overwhelmingly" preferred an independent arsenal over the U.S. deployment option, according to the February research paper.

"At this point, certainly judging by public opinion in South Korea, it doesn't feel like it's enough to know that your friend has a button that they can press," said Scott Snyder, senior fellow at the U.S.-based Council on Foreign Relations.