Fire and Fury: Calling Trump Crazy May Empower Him

With the release of Michael Wolff’s salacious and explosive "Fire and Fury: Inside the Trump White House," it has become popular again to claim that Donald Trump is mentally unwell, that he is losing touch with reality as his mental health spirals into a dangerous and dark place.

This type of criticism will merely embolden his supporters who see such criticism from ‘establishment elites’ as a brute strategy to discredit their leader, Trump, who threatens everything vaguely ‘establishment’ in Washington.

For those in Washington; this makes him crazy. For his supporters, this is exactly why they voted for him.

Vox interviewed Bandy Lee, an assistant professor in forensic psychiatry at the Yale School of Medicine to discuss how dangerous Trump’s mind is and the urgency for examining him.

As evidence of his instability, Lee pointed out the fact that Trump tweets often, reflecting a “frantic state of mind.”

Another supposedly damning tell of Trump losing his understanding of basic reality is his disavowal of the notorious Access Hollywood tape, where he was heard bragging about sexually assaulting women and getting away with it.

Nevermind that Trump’s twitter has shown to be an effective platform to communicate with both his base and the world, and Trump has, for his entire life, refused to take responsibility for any wrongdoing.

And further, nevermind that diagnosing Trump with a mental illness from afar violates an informal rule in psychiatry called the Goldwater Rule--named after Barry Goldwater, a firebrand conservative who ran for President in 1964. Goldwater was deemed mentally unwell by over 1,000 psychiatrists in an open letter. Goldwater then sued for libel, and won.

The situation is not unlike what is happening now, where an offensive conservative figure is capturing the political scene with a blitzkrieg of bullish public displays of aggression and getting called crazy.

Lee and some other psychiatrists insist they are not diagnosing Trump with a mental illness, they are merely calling his mental state dangerous. This, however, has not stopped others from outright providing a vast list of mental ailments.

Charles Blow, a syndicated columnist with The New York Times wrote on Dec. 7, “I would be basking in false virtue if I simply pretended that I’m not aware that some of the behaviors displayed by this man line up with the symptoms of certain personality disorders.”

On some level, the criticism is fair: Trump displays levels of semilteracy while proudly calling himself “like, really smart,” and seems only vaguely capable of comprehending abstract ideas. It very well may to be true that his mind is not one suited for the Presidency, at least if one thinks of the President as one who is supremely diplomatic and level-headed.

But here, calling Trump a crazy person in broad strokes could backfire. 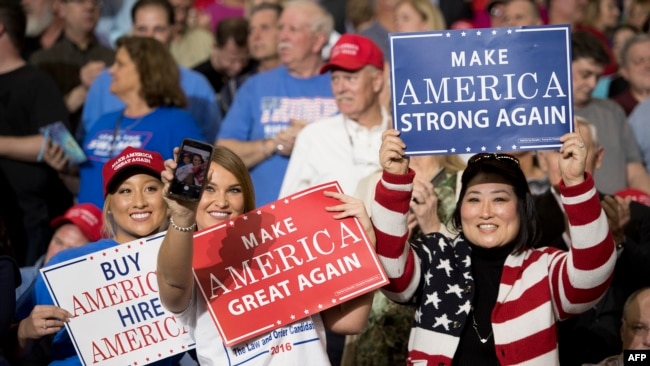 To Trump supporters, Trump speaks their language in more than just words. In aesthetics, posture, wording, emotive tone, he reverberates with millions. We repeatedly heard from his loyalists that he “tells it like it is.”

In other words, he tells it like how they tell it. He yells, curses, brags, calls people losers unapologetically--everything Washingtonian civility is not.

Establishment elites calling that aesthetic evidence of a mental disability gives the impression that those elites are deeply offended somebody so outwardly un-classy is running their government.

If we see Trump more as a reflection of the dismal state of American political consciousness and the desperation of millions of Americans to seek both positive change in their lives and support a man who validates their prejudices, then we must also accept the other side of that coin.

Viewing Trump as a reflection of this means certain critiques against him also criticize what he represents: millions of Americans.

Of course, many of his actual policies have been nightmares  and deserve their fair share of ire as well.

But long-distance diagnoses of Trump is counterproductive to disempowering his messaging and style of governance.

A more effective strategy is by showing his voters just how little he cares about the populist platform on which he was elected, as evinced by his newly passed tax cut bill that makes the rich richer and his coziness with Wall Street despite his dramatically anti-Wall Street rhetoric on the campaign trail.

Trump’s promise to ‘drain the swamp,’ genuinely resonated, and pointing out that he’s made that same swamp murkier and deeper will go much farther in taking away his power than diagnosing him with various mental disabilities after seeing his constant outlandish behavior.

Many may actually relish in seeing major news outlets call Trump dangerous and unstable, since they want  elites in the political establishment to be scared and have their sense of order threatened.

Even though Trump may be dangerous, calling him crazy inadvertently dismisses those who voted for him as crazy as well. And though they also may maintain dangerous mentalities, working to exclude them from the political system rather than reform that system which bred such prejudice could reproduce the historical trends that gave us Trump in the first place.

In other words, we may get more Trumps in the future if we continue to dismiss his phenomenon as one that is fundamentally ‘crazy’ rather than directly confronting the fact that millions thought it necessary to elect a brute to see their views adequately represented, and have prejudices so deeply entrenched that only a brute could have gotten their votes.

Avoiding a confrontation of this darker side of American politics makes its resurgence inevitable.