“Knock the crap out of them … I promise you, I will pay for the legal fees,” Trump said to a crowd of supporters on the campaign, incentivizing them to beat protestors at his rally.

It’s only “locker room talk,” Trump repeated in defense of his bragging about assaulting women.

Every time Trump acts out, which is nonstop, the press cover it vociferously. This produces a never-ending news cycle of his antics, with nearly every news agency condemning Trump’s latest outburst. Trump’s actual political moves and mistakes get covered too, but they rarely take center stage. This is a massive problem.

Drowned out by the noise of Trump’s countless missteps and misconduct is a very serious strategic failure from the Administration in the Middle East that is playing out like a slow car crash.

The current U.S. administration’s dealings with Iran, including Trump’s claim that Iran is not in compliance with the nuclear deal despite everybody else insisting it is, is deeply troublesome.

Trump and Secretary of State Rex Tillerson are slowly relinquishing influence over the Middle East. Decades of work from previous Presidents with regards to Iraq, Iran, Syria and other countries is being undone as the administration fails to assert itself or protect U.S. interests.

Though this is startling and will have reverberations in the world far beyond Trump’s tenure, it is nearly impossible to know this from current media coverage of Trump.

As a human spectacle, drama follows his every act, early morning tweet or trip abroad. And his fights with Gold Star Families in phone calls are covered with the same level of severity as his geopolitical fumbles in the Middle East, which are unquestioningly more important. 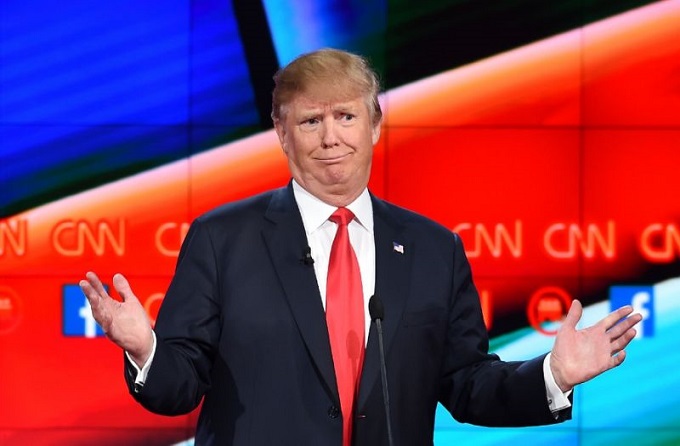 The overall effect is that many simply won’t know just how Trump has altered U.S.’ global standing until it is too late, and it is irreparably damaged.

On Oct. 13, Trump announced he would not be re-certifying the Iran nuclear deal, on the grounds that Iran was not complying with the supposed ‘spirit’ of the deal, since it has reportedly continued funding terrorist operations abroad.

Every other player in the deal, which includes China, France, Russia, the United Kingdom and Germany, thinks this is wrong and a mistake. Every party apart from the U.S. has concluded Iran is compliant and that it has been successful in curtailing Iran’s nuclear weapons development.

The deal itself was made as a long-term geopolitical play by former President Barack Obama to prevent Iran from gaining massive regional power by developing nuclear weapons, in exchange for more marginal gains in power by untethering their finances and oil exports via lifting of international sanctions.

Obama negotiated the deal knowing Iran would continue to channel support to groups like Hezbollah, but he concluded that Iran having a nuke was more dangerous and pressing.

Trump’s move puts the nuclear deal in Congress’ hands, and though they are unlikely to re-apply sanctions to Iran, it is unprecedented.

With one speech, Trump signaled that the United States is trying to formally turn its back on its closest allies--allies it badly needs, and from the role as the go-to global diplomatic arbiter.

The deal is unlikely to be renegotiated, and if the U.S. pulls out by trying to re-apply sanctions on Iran, it will likely do so with little or no international support. Iran could also seek to cut the same nuclear deal but without the U.S.’ involvement, essentially spelling the end of the U.S.’ ability to help determine the reach of Iran’s power.

In any scenario, Iran looks to come out on top.

This follows a broader pattern from the Trump Administration.

In Syria, Trump has acquiesced to Assad staying in power--a regime firmly allied with Iran, and has done nothing to prevent Iran-backed militias’ continued operations in the country. Trump has even allowed a strategically located U.S. base in Eastern Syria to become surrounded and isolated by Iranian-backed and Syrian forces, neutralizing it.

With Iraq, Tillerson decried the fact that the Iranian-backed Popular Mobilization Forces (PMU), a largely Shia militia, continues to run through the country, pushing back the Kurds and fighting against ISIS. Iraqi Prime Minister Haider al-Abadi rebuffed Tillerson and defended the militia’s presence in the country, in essence defending Iran’s intervention in Iraq.

Abadi’s comments are a clear sign that Baghdad is now more closely aligned with Tehran than Washington: that Iran is a closer and more reliable ally than the U.S.

In other words, Trump and Tillerson just lost Iraq to Iran. The same Iraq the United States spent trillions of dollars and years of occupation seeking to secure.

Analysts are now seriously concerned about the formation of a so-called Shiite Crescent of Iranian influence, spanning from Tehran to Beirut via Baghdad and Damascus. Though this started before Trump, its progression has accelerated exponentially.

These developments are gargantuan when viewed together, and serve to paint a picture of U.S. retrenchment from the Middle East, one that has not been carefully prepared for by the current administration--it’s simply happening with no discernible plan in place.

Despite Trump’s repeated tough talk on Iran, his policy decisions have only empowered the country. Iran is unquestionably in a stronger position since Trump’s inauguration.

But it’s hard to know that this is happening, let alone that it is one of the most important developments during Trump’s term.

The Press’ Problem with Covering Trump

The press at-large reaches for the higher shelves of journalistic hyperbole to help paint Trump’s actions and statements to be harbingers of the U.S.’ decay as a beacon of democracy, civility and thoughtfulness.

A rude tweet insulting a reporter, a speech calling for NFL players to be fired if they take a knee, and reportedly making the mother of a fallen soldier cry are treated as gravely and with the same level of severity as Trump abandoning ship in the Middle East.

To be fair to Blow, he concludes that Trump is indeed not Hitler, but the dramatic comparison dilutes the ability to accurately depict far more serious concerns with Trump’s governance. If Trump actually does something terrible that puts millions at risk, how can that danger be communicated if he is already called Hitler for far less?

There are effective ways of checking back false claims by Trump: there are no effective ways, however, of preventing or controlling the fallout from the Trump Administration’s misdealings with Iranian power.

What really Threatens the U.S.’ Place in the World?

Iraqi soldiers flash the victory/peace sign after taking Tikrit from ISIS forces, thanks to support for Iranian leadership and the PMU, AFP/File

When the press writes that Trump is not ‘fit to be President’ and that he is wildly irresponsible, the examples provided almost always go back to his composure as a person. He is bad optics, his ability to form sentences closely resembles that of an 11 year-old, he has a wild temperament.

A wrongheaded narrative is formed in the aggregate that the biggest problem with the Trump Administration is how badly he behaves.

Meanwhile, when Trump bombed a Syrian airbase after Assad gassed his own people, he was treated with more respect from the press than ever. CNN’s Fareed Zakaria infamously announced after this that “Donald Trump just became President of the United States.”

There is no proof the bombing did anything to deter Assad from targeting his own people, but it did send a clear picture that Trump’s involvement in the Middle East will be symbolic in nature, with little planning to secure of U.S. interests. This damages the United States in a far more concrete way than the torrential rain of gaffes from Trump.

Trump’s chronic irresponsibility has tested the rules of journalism and broke them, and there has been a failure to adapt, so people are beginning to simply tune out.

It is now nearly impossible to decipher the difference between a gaffe and a massive strategic blunder. But to be clear: one makes the United States look bad, the other fundamentally threatens the United States’ place as a global powerbroker.