Hisham Abu Hawash, a Palestinian prisoner who has been on an open-ended hunger strike for 141 consecutive days, has suspended his strike after an agreement was reached on his release from Israeli captivity, according to official Palestinian sources. 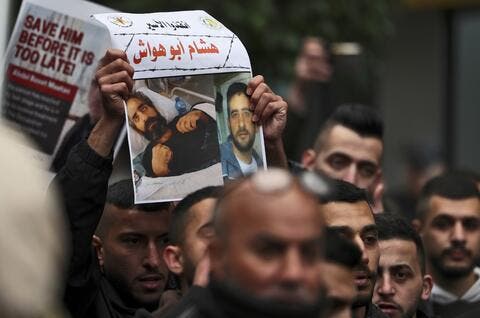 The Palestinian Authority (PA)'s Commission of Detainees and Ex-Detainees Affairs said in a statement that Abu Hawash, who had been on his 141st day of hunger strike in protest against his detention without charge, ended the strike on Tuesday following an agreement under which he would be freed on February 26.

🇵🇸 The first picture of the heroic prisoner Hisham Abu Hawash after suspending his 141-day hunger strike in the occupation prisons. pic.twitter.com/2Co4EopH5S

"The agreement stipulates the release of Abu Hawash on February 26 without any extension, as well as the termination of his treatment in Israeli hospitals until his release," the statement underlined.

The Palestinian Prisoners Society (PPS)'s attorney, Jawad Boulos, also confirmed that an agreement had been reached and the 40-year-old Palestinian inmate had terminated his open-ended hunger strike after 141 days in a row.

Palestinians have protested across the occupied West Bank and Gaza in support of Abu Hawash and the Islamic Jihad resistance movement had threatened to target Tel Aviv if he died in Israeli jails.

Abdul-Latif Qanu, the spokesman for the Palestinian resistance movement of Hamas, praised the prospective release of the hunger-striking inmate and said, "A new victory is recorded by the prisoner Hisham Abu Hawash, to confirm once again the ability of our Palestinian people and their valiant captives to win every battle they are waging with the occupation."

He added, "Abu Hawash's victory over the Zionist regime is an extension of the steadfastness of our Palestinian people in the face of the Zionist occupation."

The rights advocacy group Palestinian Prisoners Club hailed Abu Hawash’s resistance as a "victory" and said celebrations were held in the southern West Bank city of al-Khalil (Hebron) and his birth place after the announcement.

"The battle of Abu Hawash brought the issue of the captive movement, specifically the issue of administrative detentions, to the fore, despite all the challenges that he and his comrades who preceded him on strike recently faced," Prisoners Club said in a statement, referring to an Israeli policy of detention without charge.

"Abu Hawash's victory comes as a complement to previous victories achieved by others in the face of the arbitrary policy of administrative detention."

The Palestinian Commission of Detainees' and Ex-Detainees' Affairs warned earlier in the day that 50 Palestinian prisoners were set to begin an open hunger strike on Tuesday night in solidarity with Abu Hawash. The commission added that the prisoners of the Islamic Jihad resistance movement in Israeli jails would be leading the strike.

Palestinian resistance groups had over the past weeks warned against the deteriorating condition of Abu Hawash's health and pressured the Tel Aviv regime to release the Palestinian hunger-striking inmate.

🇵🇸 The first picture of the heroic prisoner Hisham Abu Hawash after suspending his 141-day hunger strike in the occupation prisons. pic.twitter.com/2Co4EopH5S

Abu Hawash, a father of five children, was arrested in October 2020 and held in an Israeli jail without charge.

More than 7,000 Palestinians are reportedly held in Israeli jails. Over 540 of these inmates have apparently been held without charge, with some of them staying in jail for up to 11 years. 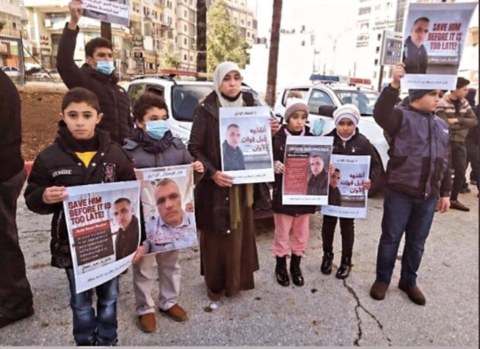 Palestinian detainees have continuously resorted to open-ended hunger strikes in an attempt to express their outrage at the practice.