A French NGO with close ties to the country's far-right and military has been proven to have funneled money directly to a pro-Assad regime militia in Syria and is accused of committing war crimes, an investigation by US Newlines Magazine revealed. 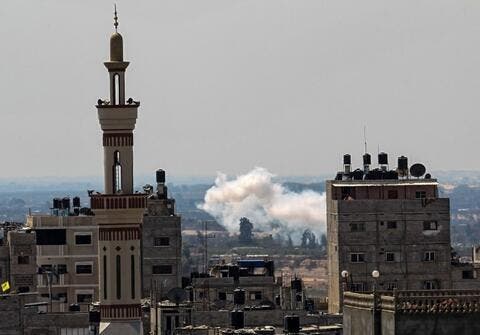 The bulk of evidence collected from leaked documents, confidential testimonies from whistleblowers, and open-source information reportedly shows that the NGO named SOS Chretiens d'Orient (SOSCO) has conducted and continues to carry out fundraising efforts for the pro-Assad militia since 2014.

Hundreds of thousands of euros were annually sent by SOSCO to Syria, which got around international sanctions on the regime by transiting the money through intermediary financial institutions based in Iraq and Lebanon, where the NGO also has offices, according to the report.

Testimonies document the direct exchange of approximately $56,000 (46,000 euros) in cash from SOSCO to Simon al Wakil, a militia commander of one of the Assad regime’s notorious National Defense Forces (NDF), based in the predominantly Christian town of Mhardeh.

Consisting of Syrian youth initially, the NDF was receiving military training and monthly salaries in cash from Iran’s Islamic Revolutionary Guard Corp, IRGC, and it was formally folded into Russian-backed Syrian military units in 2019.

The alleged act of the SOSCO violates international and French law.

SOSCO was designated a “partner” of France’s Ministry of Defence till last year, a position usually reserved for companies like high-tech defence contractors.

It was the only NGO that worked in the Middle East with this status from 2015 to early 2020.

Its director of operations, Francois-Xavier Gicquel, was expelled from France’s far-right party Front National in 2011 after he gave “Sieg Heil” salutes.

Open-source photographs even revealed the close ties between al Wakil’s militia and the IRGC, including a photo in which he poses with IRGC Quds Force commander Major General Qassem Soleimani, who was killed in Iraq on January 3, 2020, by a US air strike.

Al Wakil and his associate Nabeul al Abdullah, a local head of the NDF, received a “Loyalty Medal” from the Russian troops garrisoned at the Hmeimim air base in 2020.

Dr Samira Mobaied, the vice president at Syrian Christians for Peace, told the magazine "We would follow the money to a hospital, for example, that SOSCO claimed to be raising money for in France, only to discover that very little money or equipment had been received."

The NGO had a successful campaign, she said, because "the political narrative was that Assad protected minorities, and this was a strong narrative."

Enough to open an investigation'

Social media accounts show SOSCO personnel posing with al Wakil and his militia at various military sites in Hama province and the town of Mhardeh, where they turned Saint George Monastery into a garrison site, a violation of international law on the protection of places of worship.

Testimonies from Syrians show that residential areas bombed daily by pro-Assad forces, including al Wakil’s militia, from the garrison guns that had been positioned on the monastery grounds.

In these attacks, along with coordinated aerial assaults by the Assad regime and later Russian forces, thousands of people, many of them civilians, were killed.

Others, who lived around Mhardeh in an agricultural area, have since been displaced into refugee camps in northern Syria or abroad.

Al Wakil and his militia also were blamed by members of their own community for kidnapping and targeted killing of civilians who stood up to them.

The funds in France from unknowing donors, who believed they were donating to humanitarian projects in Syria, in fact was going to the NDF. 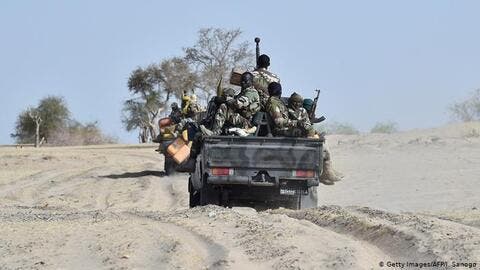 Laurence Greig, Paris-based human rights lawyer told the magazine: "The financial link is key. It's the 'smoking gun,' the piece of evidence that links SOSCO with money given to the militia."

He said that "We would start by initiating the complaint in court against SOSCO. The Syrian militia can be prosecuted in absentia. We have enough to open an investigation against them."