Iranian President Ebrahim Raisi told the United Nations General Assembly on Wednesday that his country is prepared to "resolve issues" to return to the 2015 nuclear deal limiting its ability to build a nuclear weapon but the United States remains the biggest hurdle. 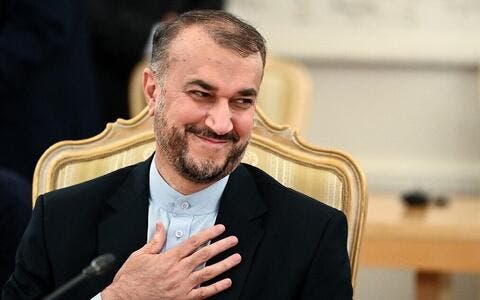 Iran Nuclear Deal Could be Reached This Week

Raisi said Iran has been at the bargaining table for the past 1½ years trying to hammer out a way to comply with the multi-national Joint Comprehensive Plan of Action that the United States walked away from under former President Donald Trump in 2018 at the urging of Israel.

Speaking at the UN General Assembly about the nuclear deal, Iran President Ebrahim Raisi said: "It was America that trampled upon and left the agreement, not Iran.” pic.twitter.com/V5kh7lyj4s

"If the rights of the people of Iran are respected, there is a great and serious will to resolve all issues," Raisi said in his speech in front of world leaders at U.N. headquarters. "We believe that the knot of the nuclear deal must be opened from the same place they managed to tie this knot together."

Raisi said at the time Trump pulled the United States out of the Obama-era agreement, which included Russia and China, it has complied with all facets of the agreement. He cited 15 different reports that said Iran had complied.

Trump at the time called the JCPOA "defective at its core" and "one of the worst deals in history."

Raisi said sanctions placed on Iran under Trump and continued mostly by President Joe Biden were themselves "weapons of mass destruction." He claimed, though, that Iran managed to get around many of the sanctions imposed.

"The Islamic Republic of Iran has managed to neutralize in many cases the sanctions and created new opportunities," Raisi said. "The maximum pressure policy has managed an embarrassing defeat. We have found our path independent of any agreement and we will continue on that path steadfastly."

Raisi went on to say it has been Iran's flexibility in current negotiations that has kept talks of returning to the JCPOA alive or they would have been over "in a matter of days." He said the lingering question remains if the United States will stick to the plan if it returns.

WATCH : The #UnitedStates and #Iran clashed Wednesday on security and human rights, with Iran's president demanding U.S. guarantees to revive the 2015 Iran nuclear deal and the U.S. president vowing Tehran would never get an atomic bomb. pic.twitter.com/e0Bplg8U3n

"Can we truly trust without guarantees and assurances that this time they will live up to their commitments," Raisi said. He reiterated Iran's past position that it does not seek a nuclear weapon.

Last month, the State Department said it has responded to a European Union proposal that could help bring the United States and Iran back into the deal, giving Iran sanctions relief in the process.

Israel, a longtime critic of the JCPOA, has continued to oppose the deal.