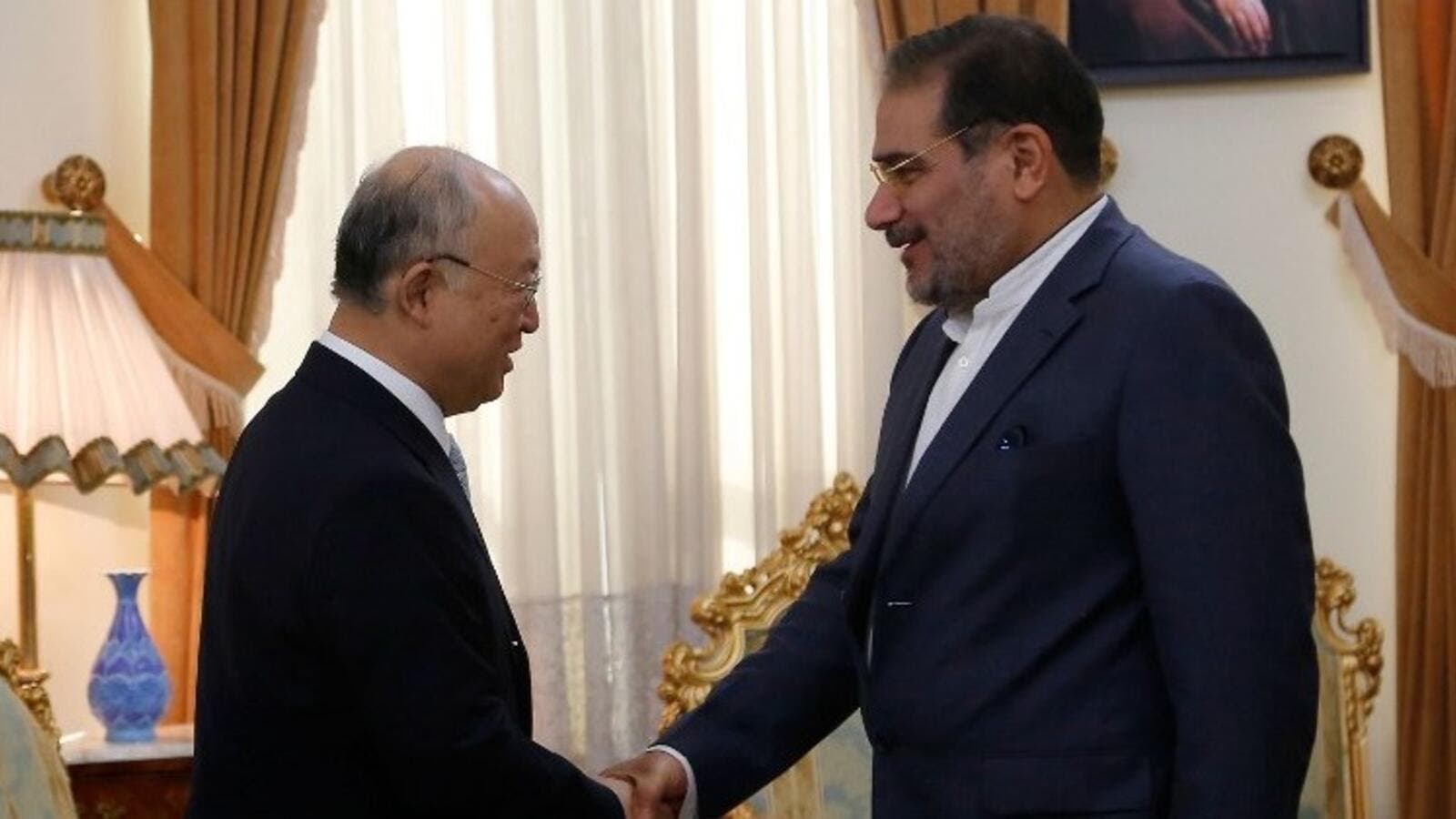 Iranian Secretary of the Supreme National Security Council, Ali Shamkhani, right, shakes hands with the head of the UN's atomic watchdog Yukiya Amano during a meeting in Tehran on July 02, 2015. (AFP/Atta Kenare)

A senior Iranian security official has met with high-ranking Russian authorities in Moscow, discussing developments in Syria and the Middle East as well as bilateral cooperation.

Ali Shamkhani, the secretary of Iran’s Supreme National Security Council (SNSC), met with Russia’s Defense Minister Sergei Shoigu in Moscow late on Monday, when the two officials exchanged viewpoints about developments in Syria and bilateral cooperation for a political solution to the foreign-sponsored crisis in the Arab country.

Shamkhani also held a separate meeting with Nikolai Patrushev, the secretary of the Security Council of the Russian Federation (SCRF), discussing with him regional developments and cooperation and the exchange of information between SNSC and SCRF.

Additionally, the top Iranian official met with Russia’s special envoy on Syria, Alexander Lavrentiev. The two discussed the status quo in Syria, potential future developments there and strategies to resolve the Syrian crisis.

Shamkhani traveled to Moscow for the high-level meetings on Monday. Before departing the Russian capital for Tehran, he elaborated on the topics of discussions he had had with Russian authorities. He said common areas of interest, including regional issues, mutual security cooperation, regional terrorism, the situation in Syria as well as continued contacts between SNSC and SCRF, were discussed.

On June 9, Iranian, Russian and Syrian defense ministers met in the Iranian capital, Tehran, to coordinate and step up their efforts in the anti-terrorism fight.

“We made decisions for what must be done on the regional and operational levels and in a consensual and coordinated manner,” Iranian Defense Minister Hossein Dehqan said back then after meeting with his Syrian and Russian counterparts.

Syria has been gripped by foreign-backed militancy since March 2011. United Nations Special Envoy for Syria Staffan de Mistura estimates that over 400,000 people have been killed in the conflict. The UN has stopped its official casualty count in Syria, citing its inability to verify the figures it receives from various sources.

Russia launched an aerial military campaign against terrorist groups in Syria last September upon a request from the government in Damascus. The air raids have expedited the advances of Syrian forces against the militants on the ground.

Iran has also been offering military advice to the government in Damascus.

A ceasefire brokered by the US and Russia went into effect in Syria on February 27, but it does not apply to the Daesh and al-Nusra Front terrorist groups.

The Syrian army has vowed to press ahead with its counter-terror operations and uproot the terrorists.