What is the Pro-Israel Lobby and How is it Shaping US Foreign Policy on Iran?

Published February 25th, 2018 - 12:14 GMT
AIPAC reportedly influenced Trump’s strategy towards Iran, a strategy which has zeroed in on the deal’s vulnerabilities. /AFP

The health of the Joint Comprehensive Plan of Action (JCPOA) Iran nuclear deal has hit its lowest point since Donald Trump took office. On February 22nd, the same day as Iran was certified as compliant by the International Atomic Energy Agency, US Vice President Mike Pence told the Conservative Political Action Conference that America would no longer certify the deal.

That same day, Iran’s Deputy Foreign Minister Abbas Araghchi warned that there would be “another nuclear crisis” if the Trump team persisted in creating uncertainty, and if international banks did not begin dealing with Iran.

The rhetoric around the deal is increasingly angry and faith in it appears to be fading, particularly as America’s key ally Israel’s relations with Iran are falling to a catastrophic new low. This low was spurred by the events of February 10th when an Israeli F-16 was downed after it responded to an Iranian drone reportedly entering Israeli airspace. It is precisely at this point that we need to remind ourselves that the enmity between America, Israel and Iran is more complex than it seems, and there are many who would not have us give up on the deal yet.

Many right-wing Israelis and pro-Israel Americans were livid when the Obama administration initiated and passed the JCPOA deal, which is set to restrict Iran’s nuclear development capabilities in exchange for lifting sanctions. Those who oppose the deal have not ceased their efforts, but they have changed tactics. Yet care needs to be taken when discussing both the “Israel Lobby”, and indeed the Iranian state, because neither are the unanimous blocs of opinion they are often made to look like.

Talking about the “Israel Lobby” is an exercise that tends to attract ire from one party or another. The concept took on a fiery tone in American public discourse after International Relations Professors Steven Walt and John Mearsheimer published a paper in 2006, arguing that the groups that made up the “Lobby” had an outsize, and often counter-productive sway over American foreign policy. Many praised them for breaking a taboo in the foreign policy establishment by questioning both moral and practical arguments for America’s devoted support to Israel, while others hurled charges of anti-Semitism. But a more nuanced criticism lay in their blanket use of the term “Israel Lobby”. Whilst they did acknowledge differences of opinion within lobbies dealing with Israel, they continued to use the term “the Lobby” to refer to all of these, while looking almost exclusively at the actions of right wing groups.

Walt has since emphasised that conflating them is a mistake, but wherever this lesson comes from, it is a necessary one for understanding what is going to happen around the Iran deal. It is certainly true that right-wing pro-Israel lobbyists are staggeringly influential in America. The American Israel Public Affairs Committee (AIPAC) boasts on their website that over two-thirds of the American Congress attends their conference, and US Vice President Mike Pence is the headline speaker this year. Other groups with a right-wing stance include the Zionist Organization of America, who are considered powerful enough that foreign leaders seeking to influence Washington’s Middle East Policy are prepared to court them.

Yet they are not alone on Capitol Hill. Liberal organisations, which do not believe support for Israel and its security precludes support for Palestine, are also making their voices heard. J-Street and Americans for Peace Now are two among them, and have opposed Israeli and American policies that have damaging prospects for a peace process, as well as supporting the JCPOA. 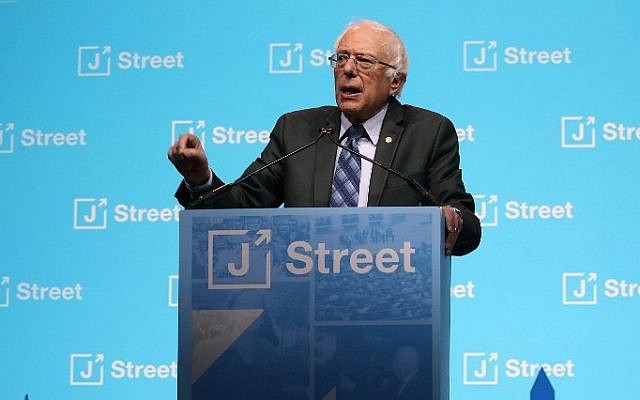 In terms of financing and political reach, the liberal lobbyists are still lagging behind. Yet the Iran deal shook up the view that the hardline pro-Israeli lobbies influence was limitless. Whilst AIPAC has prided itself on attracting bi-partisan support in Washington, its politics mostly represent the views of the Israeli right wing, and so it was vehemently opposed to the JCPOA. AIPAC backed an organisation called Citizens for a Nuclear Free Iran, which spent between $20-40 million on television adverts against the deal. Certainly in terms of spending power, they far outweighed their liberal equivalents – J Street committed $4 million for adverts supporting the deal.

Yet despite AIPAC’s rhetoric about bi-partisanship, their focus fell almost entirely on Democratic senators, and in the end it seems they failed to swing the vote because the campaign felt too partisan. In the end, it may have been less a result of the lobbying, and more a result of Benjamin Netanyahu’s ill-advised speech to Congress a few months prior to the Senate’s vote deal. This was a move that AIPAC supported but that many, particularly Democrats, thought was an outrageous overreach of Netanyahu’s influence. When the vote passed with a majority, it was a sharp failure on AIPAC’s otherwise strong record of success, and one that appeared to have shaken its influence. Jeremy Ben-Ami, J-Street’s executive director, was quoted as saying “The days of AIPAC being able to present itself as the sole voice of American Jews on these issues are over.”

But will things change now the Trump administration has taken over? The wisdom of backing away from the deal has been questioned even by some who initially voted against it, as well as  members of Trump’s cabinet with hawkish positions on Iran such as Defence Secretary James Mattis. Even among Israel’s military establishment there is some support for the deal.

Dr Debra Shushan, Director of Policy for Americans for Peace Now, told Al Bawaba: “Undermining the deal benefits neither Israeli nor American security and, incidentally, it will not benefit the security of Sunni Arab states either. While Iran continues its missile development and menacing activities in the Middle East (in Syria, Lebanon, Iraq, and elsewhere), dealing with these regional issues would be exponentially more difficult if we were facing a nuclear Iran. That is why members of Israel's top military and intelligence brass, including Uzi Arad, Carmi Gillon, Ami Ayalon, and Amram Mitzna, have spoken out in favor of the Iran nuclear deal as benefitting Israel by enabling it to deal with Iran as a non-nuclear adversary.”

The passing of the deal and the general consensus in Washington that it should be adhered to has not meant an end to AIPAC’s efforts, but rather a change of tack. Instead of going for maximalist positions such as trying to end the deal, it has begun to focus on smaller goals. AIPAC reportedly influenced Trump’s strategy towards Iran, a strategy which has zeroed in on the deal’s vulnerabilities. Trump temporarily extended the sanctions waiver on Iran in accordance with the deal in January, provided that certain “reforms” were made, although they have continued to impose sanctions on Iranian individuals.

AIPAC continues to argue that the deal has “emboldened” Tehran, and references the same points highlighted in Trump’s demands for reforms in its press releases; the eventual expiration date of the deal, the Iranian Revolutionary Guard’s support of Shia militias abroad, and Iran’s testing and use of ballistic missiles. AIPAC did not respond to a request for comment on its current position, but given its stated view that the JCPOA has emboldened Iran, it is reasonable to assume it is still against the deal as a whole.

Despite Trump’s blustery campaign rhetoric against the JCPOA, America cannot legally withdraw from the deal. However, they can override it with “qualifying legislation”, which is essentially further sanctions to replace the ones that the JCPOA lifted. Thus there is still room for manoeuvre for those who oppose the deal. Their voices may grow stronger as tension between Israel and Iran ratchets up.

The points in the problems addressed by Trump and AIPAC are not invalid worries, but the solutions that they suggest would be near-impossible to legislate. For instance, Trump’s condition that Iran must never be able to come “close to possessing a nuclear weapon” is far too unspecific for legal arbitration. And whilst it is indeed worrying that Iran has repeatedly violated the UN Security Council Resolution on testing ballistic missiles, the JCPOA does not inhibit the US from imposing additional sanctions for those reasons – indeed they have already done so.

Moreover, the emphasis on conditions risks invalidating not only the legal conditions but the spirit of the JCPOA, which ultimately has its own security costs. Kelsey Davenport, Director for Nonproliferation Policy at the Arms Control Association, told Al Bawaba:

“Without question, the nuclear deal with Iran has effectively removed the threat of an Iranian nuclear weapon and significantly scaled back the country’s nuclear activities. Conditioning continued U.S. participation in the nuclear deal on achieving unnecessary changes through unilateral action is not a good faith implementation of the JCPOA and sets the United States up to violate the agreement. The best path forward is to fully implement the agreement and look for opportunities to build on its unique nonproliferation value.”

It’s also a grave mistake to think of Iran as a single policy establishment. Whilst there are undeniably troublesome forces at work in Iranian politics, the more that America goes back on its word, the more those forces are empowered at the expense of moderate factions. Because of faults by both Iran and America, the Iranian people have not yet felt the economic benefits of sanctions relief. Indeed, their finances are getting worse rather than better.

This has isolated the deal’s main Iranian proponent, President Hassan Rouhani. Rouhani’s economic reforms and efforts to tackle corruption have put him at odds with the Islamic Revolutionary Guard Corps, whose business interests risk being put in the spotlight. Likewise, hardline conservative factions are vehemently opposed to any rapprochement with the West and are keen to discredit the deal, for which Rouhani is a convenient scapegoat. Their anti-American rhetoric is increasingly resonant with the population as Trump threatens the deal at every turn. The protests at the end of 2017 were probably sparked by conservative factions wishing to use economic grievances to undermine his tenure.

The JCPOA is not flawless, but some restrictions on Iran’s nuclear capability is better than none at all. To say that Tehran has been “empowered” by the deal is an impossible exercise in proving a negative.

However, it seems unlikely to say the least that Iran would not have used the chaos in Syria to the advantage of its proxies. Isolating Iran, breaking the deal and punishing its population economically will not finish the Revolutionary regime. All it would accomplish is to banish the only influence in Iran that America and its allies have left.